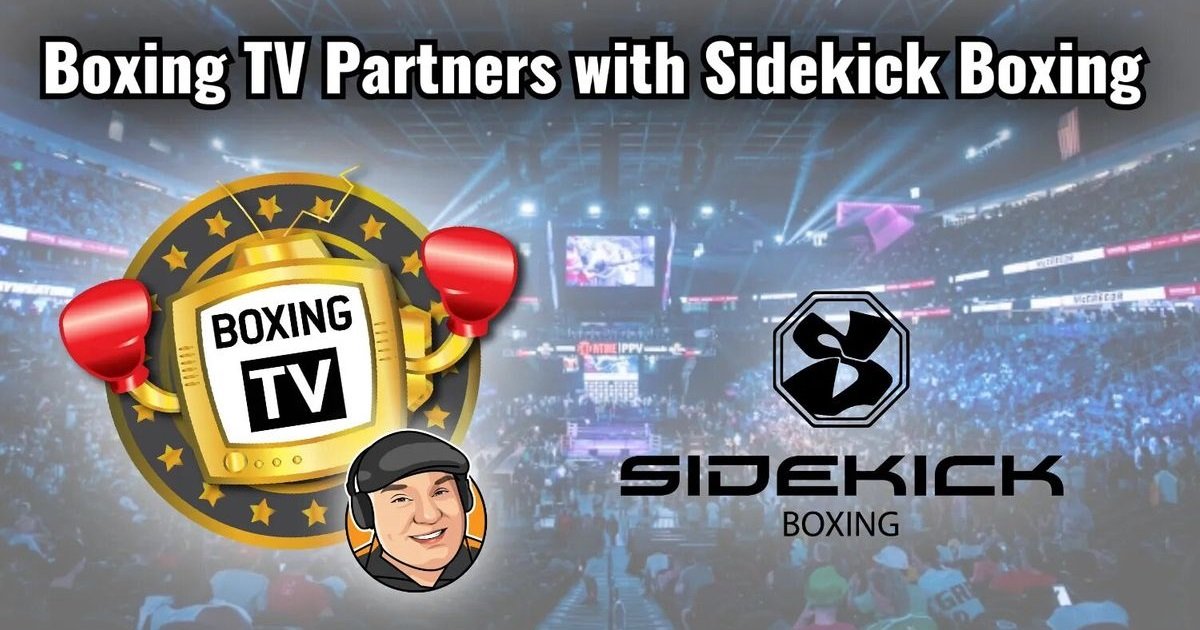 When two great companies in the sport of boxing share the same vision, it only makes sense for them to join forces. As the saying goes ‘when great minds come together, extraordinary things happen’.

Well, that has just happened with both the famous boxing talk show Boxing TV and equipment brand Sidekick Boxing, as Sidekick are now proud sponsors of Boxing TV.

Boxing TV has become a fantastic show for the fight fans as each interview allows them to get to know more about their favourite boxers. This exciting new sponsorship will only get Boxing TV to grow even further.

What is Boxing TV?

Boxing TV is the world’s leading boxing talk show in which Dan Hewitt hosts and holds interviews with the best boxers in the world. Boxing TV are currently already on their 5th televised series and it has become incredibly popular as their Facebook page has over 150 thousand fans alone.

Dan has interviewed some of the biggest names in the sport including Tyson Fury, Larry Holmes, Roy Jones Jr, Amir Khan, Paulie Malignaggi and Johnny Nelson just to name a few.

So, who is Dan Hewitt?

Dan Hewitt is an internationally renowned commentator and pundit born 3rd January 1987 in the U.K. Dan has commentated on regional events all the way up to World title fights in both Europe and North America.

Before founding Boxing TV, Dan has been working in media since 2008. Dan has also starred on the TV singing show the X Factor, auditioning in front of Simon Cowell, Ayda Field, Louis Tomlinson and Robbie Williams. Watch Dan and his wife as a duo on the X Factor below:

Where to watch Boxing TV?

Boxing TV is available to watch on FITE TV and stream all the previous episodes. In each series there are 10 great episodes. You can also keep up to date with their engaging content on their Facebook page https://www.facebook.com/boxingtv1/ .

Sidekick are really excited to be part of Boxing TV’s journey. It is a show that is only going to continue to grow. Make sure to go give them a follow.