Home>Kickboxing and MMA news and equipment>Is It Fight or Fright This Halloween? 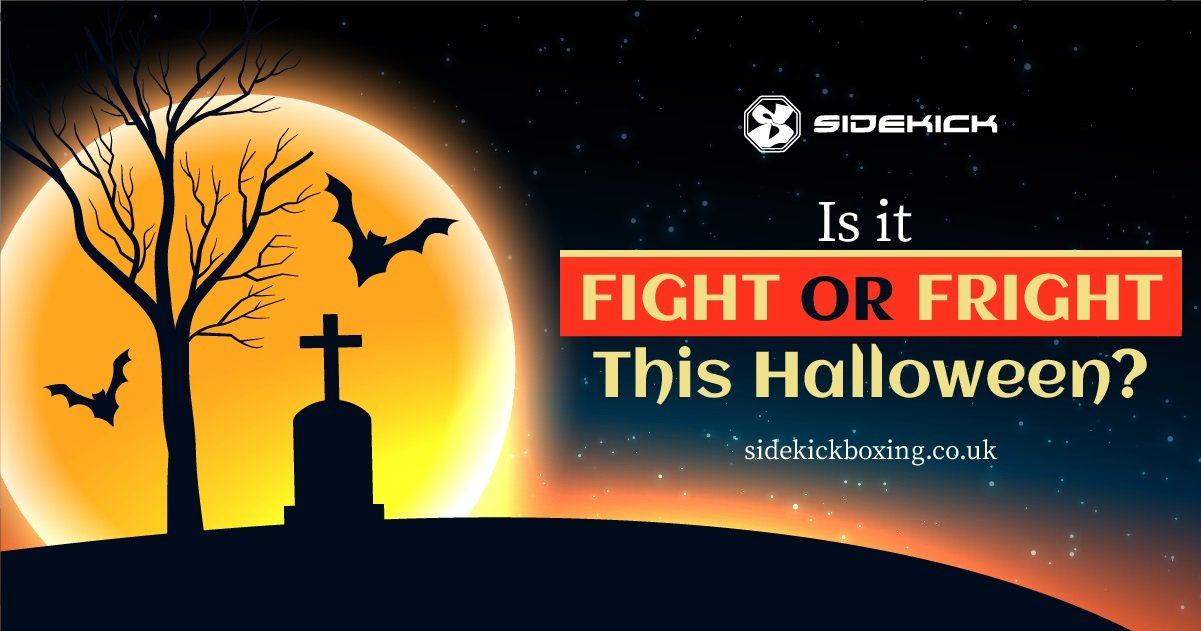 Is It Fight or Fright This Halloween?

Halloween is about literally anything scary, and you can’t beat dressing up in the best Halloween costume and going to a fright night party or even watching a classic horror movie to get you completely petrified.

For children, it could be a crafts night of cutting out scary faces on pumpkins or a chance to dress up and go trick-or-treating.

So, what is Halloween, and why do we celebrate it?

Halloween is celebrated every year on the 31st October, and it originated from the evening before All Saints day, also known as All-Hallows day, which is celebrated on November 1. People initially had bonfires for relighting their hearth fires for the winter and to frighten away evil spirits. They sometimes wore masks and other disguises to avoid being recognized by the ghosts thought to be present.

Because of these masks, witches, hobgoblins, fairies, and demons came to be associated with the day. The period was also thought to be favourable for divination on marriage, health, and death.

What fighters were born on Halloween?

Keith Jardine is a unique fighter best known for his light heavyweight bouts in the UFC. Jardine also starred in the film Crank: High Voltage with Jason Statham.

Charlie Valencia (born October 31, 1974) is an American mixed martial artist. He has fought for the WEC and UFC in their Bantamweight divisions, and is the former King of the Cage Bantamweight Champion. He is one of only two men to ever finish Ian McCall in a professional MMA fight.

Badou Jack (born October 31 1983) is a Swedish professional boxer. He is a former world champion in two weight classes, having held the WBC super-middleweight title from 2014 to 2017 and the WBA light-heavyweight title in 2017.

Last year, there were quite a few interesting fights over the Halloween weekend. Below, we take a look just a few of them:

After a savage uppercut to his opponent’s jaw in the sixth round of the main event, Davis received high praise as a result of the one-punch KO.

With many stars including, but certainly not limited to, LeBron James, UFC megastar Conor McGregor and many other celebrities tuning into the event on a Showtime pay-per-view card in San Antonio, Texas,  Davis’s savage uppercut certainly did not go unnoticed.

The International Brotherhood of Prizefighters suggested that the fight showed two things about Davis:

‘First, Davis is an excellent enough fighter to make good on his incredible promise. Davis was favored to beat Santa Cruz, but the 32-year-old had owned world titles in three divisions and appeared to be in prime form at the Alamodome.

Second, Davis is already drawing tons of attention, and it’s the right kind of attention, the kind that shows what an amazing fighter he is and how he really might be the next Floyd Mayweather.’

On the Friday night before Halloween, the ew middleweight contender Jaime Munguia beat Tureano Johnson in the sixth round of a DAZN card at Fantasy Springs Casino in Indio, California.

The fight was a dynamic one with Munguia, 24, from Mexico having a fan-friendly style helping to build an already substantial fan base.

Lance Pugmire even suggested that Inoue is the:

‘best fighter I’ve seen in years in person…he has the ability to be as popular as Manny Pacquiao’.

This Halloween heavyweight clash was certainly a mix of styles. Usyk the technical boxer and Chisora the brawler, this fight could of gone either way, especially as Usyk has not long stepped up to the heavyweight division and was his 2nd fight in the weight class. However, Oleksandr Usyk performed a stylish and measured display to pick apart Derek Chisora in a points victory.