Home>Kickboxing and MMA news and equipment>Kickboxing vs Karate : which is better? 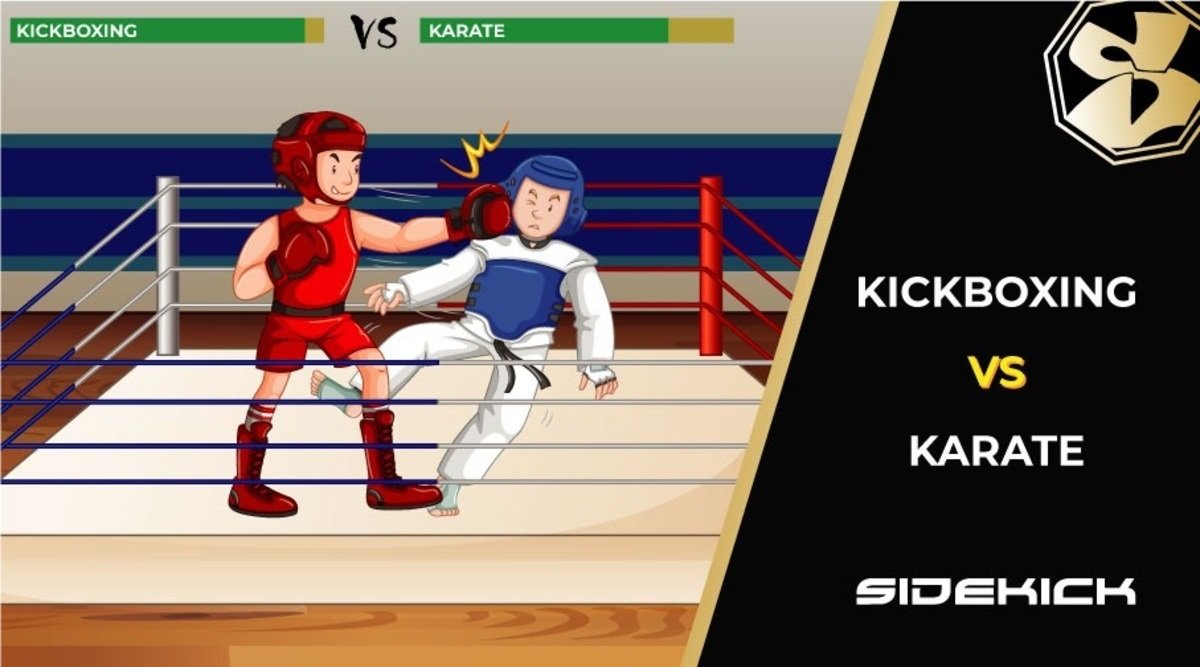 Kickboxing vs Karate : which is better?

Karate and kickboxing perform similar techniques but in many ways they are worlds apart.

Karate is a traditional Japanese martial art which was developed to be used as a form of self defence. In Karate a white karate suit/gi is worn with your graded belt.

Kickboxing is a western combat sport derived from sport karate. kickboxing can be considered a hybrid martial art as it is formed from the combination of various traditional martial arts. In kickboxing satin trousers or shorts are worn.

Today, Karate is not as popular as it once was due to the growing popularity of combat sports promotions like the UFC. However, with the remake of the original karate kid movie, the new Cobra Kai series on Netflix will hopefully get people back in the karate dojo. Karate is a great martial art to get your children into for the discipline, respect and confidence.

Many karate practitioners may go on to kickboxing if they are keen to go on and fight at a competitive level.

When you see a kickboxer fighting who has a karate background it is easy to see the karate style with their form and technique.

What is a Kata?

In Karate, performing Katas is a big part of the discipline (Kata is a Japanese word describing detailed patterns of movements practiced either solo or in pairs). The Katas are performed in each belt grading and they get tougher each time to the black belt.

In Kickboxing, you may perform your grading moves which will demonstrate the techniques and combinations from the various strikes.

Read our full article about ‘What are the levels in kickboxing?’ Here.

What is the difference between a Karate and a kickboxing fight?

In Karate, competitions are fought on a matted area and kickboxing is fought in a boxing ring. To score and win in Karate you need to land clean strikes and in kickboxing you need land the most punches in each round or win by knockout. If you watch the video below you will see in Karate they are more cautious on when to strike as a single shot against you will lose a point.

What is the difference between Karate and kickboxing gloves?

Even though both styles perform very similar punching techniques, their is a few differences in the gloves to easily distinguish the two.

Is Karate better than kickboxing in a real fight for self-defence?

Both karate and kickboxing would really help in a real life situation if it was to ever occur. To choose which one is better for you comes down to a personal preference as they both will benefit you in different ways.

Karate being a self-defence martial art so it will train you to be very reactive and to throw an accurate single strike, enough to protect yourself. Also, you will learn to defend against weapons like knifes that will prepare you for a real life situation.

Kickboxing is a combat sport that involves continuous fighting, so combinations, power and endurance are kickboxings benefits. Also, you may be more conditioned to take shots as in kickboxing you will do lots of sparring.

As they are both very different it all comes down to what you would like personally and what you are looking to achieve. If you decide choose one, it would be quite easy to change to the other if you change your mind. Also, their is nothing to say you can’t do both.