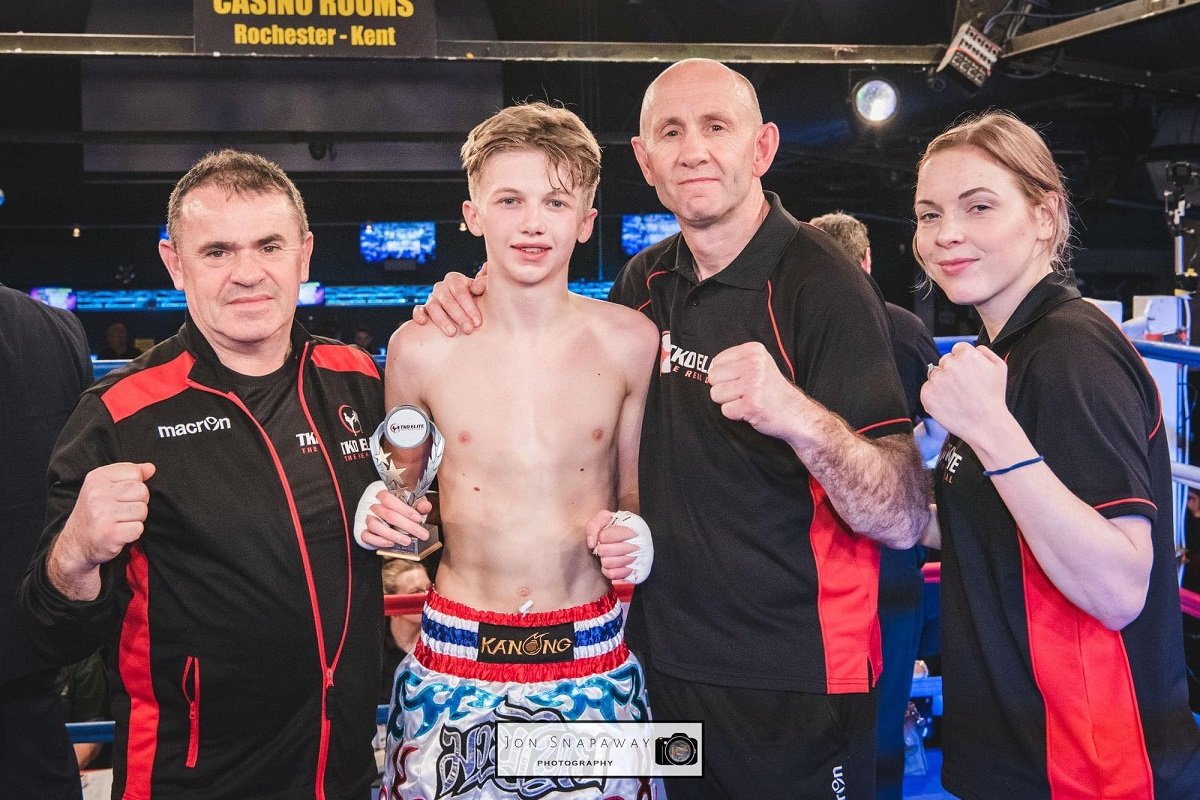 No Payne, No Game!

Kickboxing is a very popular sport which is extremely awarding both mentally and physically. Also, when you go to a kickboxing fight night it is a great way to support your fighter as well as having an evening of action packed fun. However, in the U.K it is not as commercialized as other combat sports such as boxing, so it is even more important to have great promoters putting on events for fighters to constantly fight on a domestic level. Otherwise we would never have a platform for fighters to flourish.

Colin Payne is one of those people who is very well known within the martial arts industry with over 25 years of promoting Kombat Zone under his belt and has trained many top fighters at his TKO Elite club.

We thought we would catch up with Colin and ask him a few questions about his martial arts journey:

HI Colin, how did you get into martial arts?

It was 1973, the Bruce Lee era and it was everywhere. Hard for anyone who wasn’t there to understand how special those times were. I went with 2 other lads to Wu Shu Kwan Chinese boxing at the Co-op hall in Catford, south London. They lasted about a combined 6 weeks and I’m still here

What made you want to have your own club?

I think I always saw that as something I would do. I had always enjoyed the teaching my instructors asked me to help with. I trained in Kyokushin under Roy Sturgess and he made a big impact on me , the way he taught and I think looking back he sowed the seed I would say.

Also, when I was boxing, I was asked to help out with the younger kids there as well and I took to that, so I think teaching/coaching was just always meant to be for me. Certainly, there has never been a day that ‘leaving’ (if that’s the right word) martial arts has ever been considered. It’s what I do and am I guess so running a club was inevitable

What do you love most about martial arts?

Almost impossible to answer. I started back in 1973 and it was instantly the biggest thing in my life, always has been outside of my family. People call it an obsession, some an illness lol, but if its martial arts then I watch it, read it and never tire of it. If forced to come up with an answer maybe because it’s very much an individual pursuit and no matter how much you try you can never be perfect. There’s always something you can improve on and whether that’s just getting a kick better or coming up with new training drills for students/fighters it’s something that you’re always learning in, it’s never finished.

What is your favourite discipline and why?

Tough one. If forced, then It’s Boxing. No other sport compares for me and as a method of ‘self defence’, fighting, call it what you like for me it’s a must and If someone said to me they had 6 weeks to learn a discipline to help them learn to defend themselves then it would be Boxing I would suggest. Of course, it’s not a complete system by no means but its tried and tested. You watch any altercation in the street, it may end up going just about anywhere, on the floor etc etc, but it starts with punching so for me if you learn just one thing, that’s the one.

What has been your biggest achievement to date?

Running a full time Kickboxing/boxing gym that’s lasted in its present location (leaving aside all the venues I taught in before) for 3 decades. Having a reputation amongst the MA/kickboxing community that I would like to think is good and having made an impact on the life’s of so many people, whether they stayed with us for a few months or a few years.

Alongside that I am extremely proud to say I established the premier kickboxing promotion in our area. There simply wasn’t one before and over the past 25 years I have brought fighters in from all over the world and I look back with some pride with what it did for the sport in our area with the opportunities it helped to provide

What are your plans for the future?

Just keep going I guess and look at ways to further improve what we offer to our members. I have a great team of instructors and have some fantastic students coming through who I know will become the coaches of tomorrow so that’s something I remain excited about.

Although I will very soon be hosting the final one of our big KOMBAT ZONE events after 25 years I will continue to promote the Battle of Kent. It’s becomes the biggest platform for the novice competitor and so many champions have started out there, so looking to make those events even better remains one of my goals.

Just carry on doing what I love basically.

Who is your favourite fighter of all time?

IMPOSSIBLE to answer lol. This will be a long list. Any of the four kings in Boxing (Leonard, Hearns, Hagler, Duran)…Matthew Saad Muhammad, Dave boy green, Arturo Gatti, Tony Sibson, Marco Antonio Barrera, J C Chavez, Nigel Benn, Lennox Lewis..the list would go on and on and on. Right now, despite the fact he lost last time, the boxer I would want to see above all others is still Lomachenko, just amazing skill and below him I would say Naoya Inoue.

Thank you for your time Colin.