Home>Kickboxing and MMA news and equipment>Orthodox vs Southpaw: What Is The Best Stance? 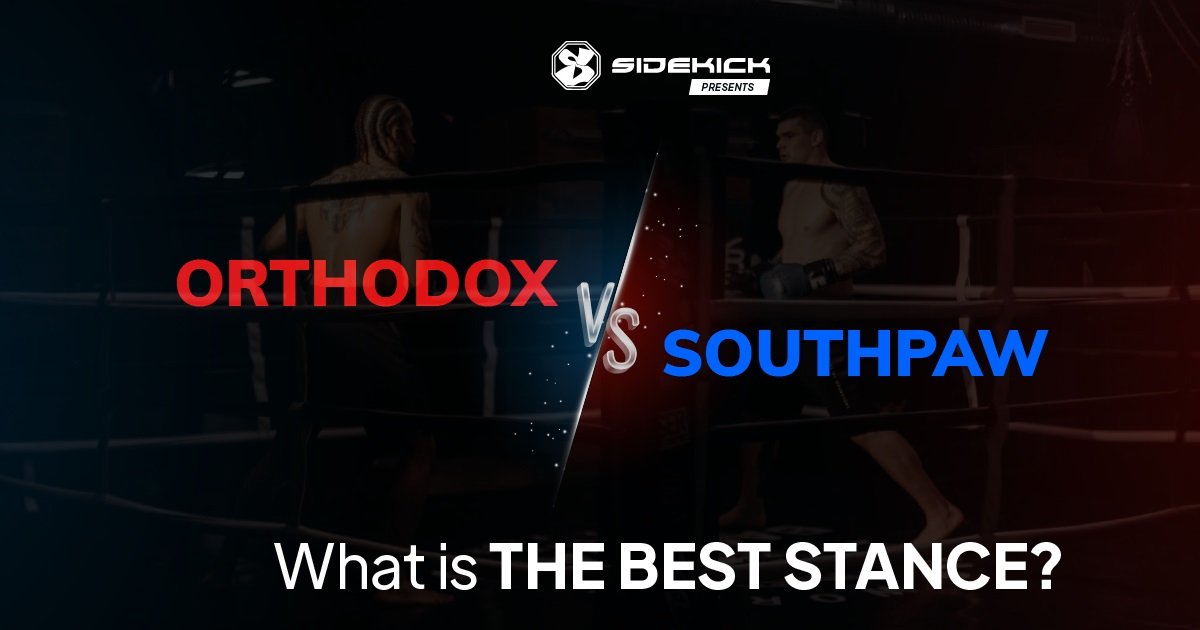 Orthodox vs Southpaw: What Is The Best Stance?

When you first start a combat sport like boxing or kickboxing, one of the first things your instructor may ask you, are you left or right handed?

This is because depending which is your stronger hand, will determine which stance is right for you. In boxing and kickboxing, there are only two different stances, the orthodox and the southpaw stance. The orthodox is the most common stance in combat sports as it is the stance for right handed fighters. The southpaw stance is for left handed fighters and as only around 10% percent of people are left handed, there are a lot less southpaw fighters than orthodox fighters.

As most people are generally right-handed, orthodox fighters may not get to experience training with southpaw fighters as their may not be many, or non at all, left-handed fighters at the gym. Whereas with the law-of-averages would suggest, southpaw fighters will be more than likely to be training with orthodox fighters. With that said, someone’s regular sparring partner could be a southpaw, so that is why it is always good practice for the instructor to keep swapping partners around so everyone experiences different styles. However, the majority of left-hand fighters are usually southpaws, but some can still choose to be in an orthodox stance.

Well, Just to make it a bit more confusing, in boxing, the punches are not the only thing which is important to master. The other thing which is just as important and usually gets overlooked in combat sports is a fighters footwork. The footwork allows you to land strikes and move out of reach to avoid getting hit. Quite frankly, the punching is probably the easier part of the two.

If you watch boxing superstars like Canelo, it is his foot movement perfectly synced with his head that allows him to be almost impossible to hit. So, even though a fighters stronger arm may be their left, if they can’t move as well with the right foot forward, it may be best to work in the other stance. Simply put, when choosing which stance to use, it is a case of which works best for you.

There are pros and cons for a left handed fighter to use an orthodox stance. A left-handed fighter in an orthodox will have a strong jab and a big left hook, but what would be considered the bigger punches like the cross could be jepidised in power.

An ambidextrous fighter is someone who is capable of using both stances. This is of course is quite rare, as it would only be beneficial if the fighter can effectively use both styles, otherwise they would be better to focus on mastering their stronger stance.

Does a southpaw have an advantage against an orthodox?

Yes and no, is probably the best way to answer that. Everyone who trains in combat sports will all learn the same techniques and drills, however as there are a lot less southpaw fighters in the gym, it is harder for an orthodox to gain experience against a southpaw fighter. This is why the southpaw is the most apprehensive stance when facing someone in a boxing ring.

To put it in prospective, if you drive everyday in England on the left side of the road, it comes second nature. You then drive over to France and instantly you’re having to drive on the right hand side of the road. You will be more the capable of doing it, but you will have to concentrate more and think about what you are doing as it won’t come as natural.

If you are an orthodox fighter their is a few good tricks that will throw a southpaw of guard.

That’s a good question. Even though it is the same as two orthodox fighters fighting, but reversed stance, it all depends who is the better boxer and who has the most experience of training against a southpaw should triumph.

How to get in a southpaw stance

You may be thinking can the footwork really be that tricky, well give it a go. Moving around in a boxing stance is not quite like taking a stroll around the supermarket.

If you are an orthodox fighter, definitely give the southpaw stance a go. It will feel quite unusual at first and you may have to think about your moves, so we would suggest to shadow box first before sparring. If you want to try it in sparring it could be a good time to do it when you are parred up with a lighter hitter. If you usual sparring partner is a hard hitter, maybe suggest take it light and alternate one of you being in a southpaw stance so you will be able to test what works and what doesn’t.

Even though you may be left or right handed it is still important to practice both stances. Dan Knight of Sidekick said

“Training in Kickboxing, my coach always got us practising different techniques in both stances and I can see why it is important. It will give you more strength on the weaker side and better for all-round balance. It also will make you more versatile as a fighter as certain kicks especially can be better off different legs and you never know, you may have to switch stance in a fight when you least expect it. It is funny what sticks in your head, as I remember watching Jon Thaxton fighting, who was a kickboxer turned boxer and seeing him perfectly switching stance, it looked effortless.”

Watch the video below to see George Groves demonstrate how to do the footwork in boxing.

The other part of training which takes some getting used to is holding the pads for a southpaw. You will find it will be easier to be in a southpaw position too, as each hand hits the same hand of pad, the distances will be more accurate.

When choosing whether you should go in an orthodox or a southpaw stance, try to stay with tradition and let your stronger hand be the decision. However, if naturally you feel better in the other stance, then go with what works best. While we are on the subject of southpaw, give the film Southpaw a watch, its a great film.