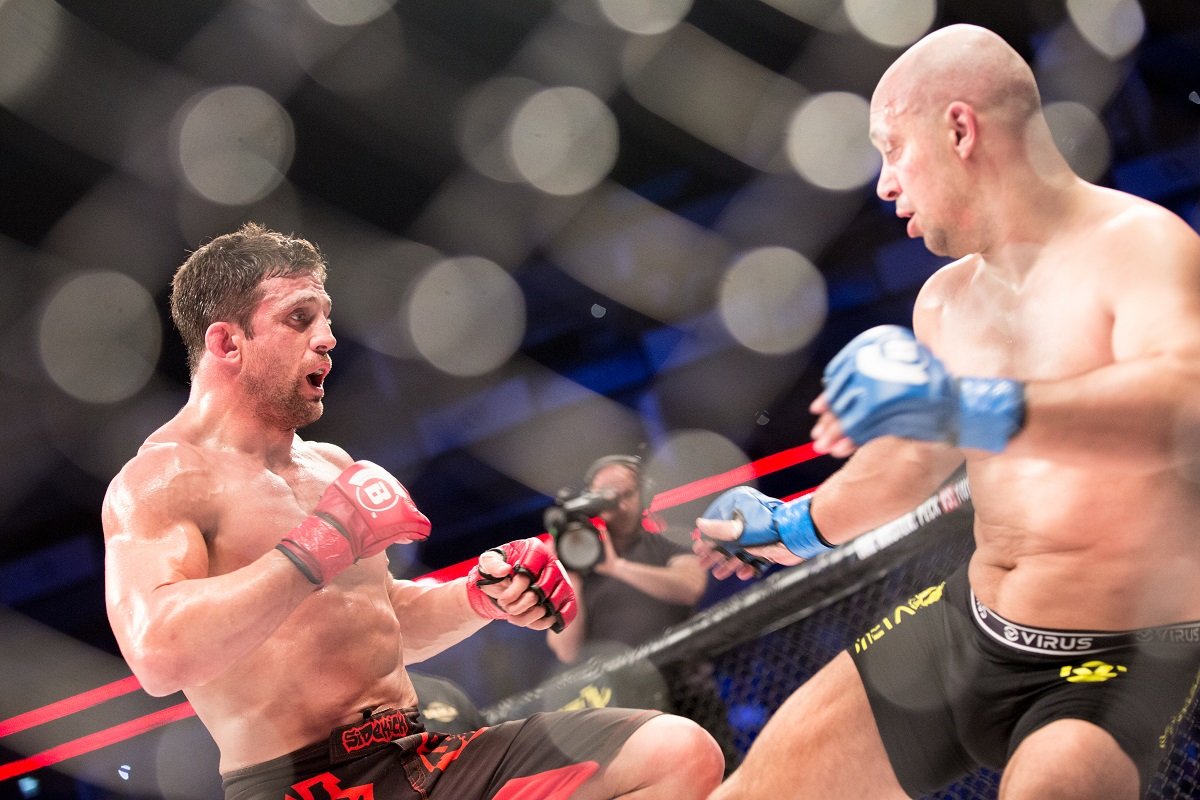 Alex Reid is a mixed martial artist who has fought in both K-1 and MMA. He is an actor and has previously appeared on Hollyoaks and has recently filmed in his latest movie Sensation. He is also known for marrying and divorcing Katie Price. Alex has had a very good fighting career in MMA and fought some of the best fighters around.

So, how did Sidekick come to sponsor Alex Reid?

Back in 2012, Sidekick became extremely popular on the kickboxing fight scene that we naturally grew and expanded in to the world of MMA. Sidekick had been in business for almost two years and we were investing heavily in combat sports. We were currently sponsoring world champion kickboxers like Jamie Bates and Andrew Tate and we partnered with MMA management companies to grow our fighter portfolio as well as to sponsor MMA fight promotions.

The MMA management company we were working closely with offered us the opportunity to sponsor Sam Boo who was set to meet Alex Reid in a MMA fight on BAMMA 11, which was aired live on Channel 5 TV. We provided Sam with all his training and fight equipment and we filmed a promo video of him training.

This televised event was a comeback fight for the former Hollyoaks star Alex Reid as he wanted to go back to MMA which he was most known for, after he was receiving negative press from the divorce to Katie Price. The live TV programme was mainly promoting Alex himself.

It was weeks to go to the big fight and Dan from Sidekick remembers saying to the management team “Wouldn’t it be great to sponsor Alex too, so both the fighters are sponsored of the main event? With a reply “That may be possible” I remember being round my mums house one evening and my phone rung.

I said “I got to take this call, it’s Alex Reid” I knew it was him before I answered as his phone was linked to his Twitter account so his picture came up. It was quite surreal really, a business I started less than 2 years earlier and now I’m having long chats with celebrities.

He couldn’t of been any nicer and chatting about how he came from a K-1 kickboxing background as kickboxing is also Sidekick’s roots. We agreed a sponsorship deal for him to promote the Sidekick brand and he was more than happy to wear matching fight wear to Sam.

To learn more about getting a sponsorship deal read our article ‘How to become a sponsored fighter’ here.

Alex had previously gained huge credibility in the MMA community as while he was married to Katie Price in 2010, he Fought the MMA champion Tom Watson on Bamma 4. It was an epic battle that many at the time said it has got to be one of the best MMA fights they have seen.

A lot off people seem to have wrote Alex off before the fight, but he proved he was a warrior. It was like a real life Rocky Bolboa story, especially after going 5×5 minute rounds with the middleweight champion. He didn’t get the win but he went toe to toe with the champion and it has gone down in UKMMA history. Alex has certainly helped put MMA on the map.

I was getting so excited to watch the BAMMA 11 fight on TV and I remember being round my brothers house nervously watching it on his TV, I don’t know why as I wasn’t the one fighting. It was such an incredible achievement to see the brand that started from nothing to seeing fighters wearing matching Sidekick gear walking out on TV. The fight went the distance and Alex got the win.

Then in 2016, he was to return to the octagon again on Bellator 158 which was held at O2 Arena in London. The last time Alex fought he went above and beyond to promote the Sidekick brand, so it only made sense to work with him again, only this time we had much more time to arrange promo work. He trained in our MMA gloves, MMA shorts and shin guards to get ready for his fight. It was another tough fight but unfortunately for Reid, it wasn’t to be a triumphant return and he didn’t get the win.

What is Alex Reid doing now?

He is still involved in martial arts and MMA as he has his own academy Alex Reid Mixed Martial Arts (ARMMA). He has also got back into acting and has featured in the film Sensation, which is released this year.

You never know he could even fight again!