Home>Kickboxing and MMA news and equipment>Steroids: Why Do Fighters Risk A Ban? 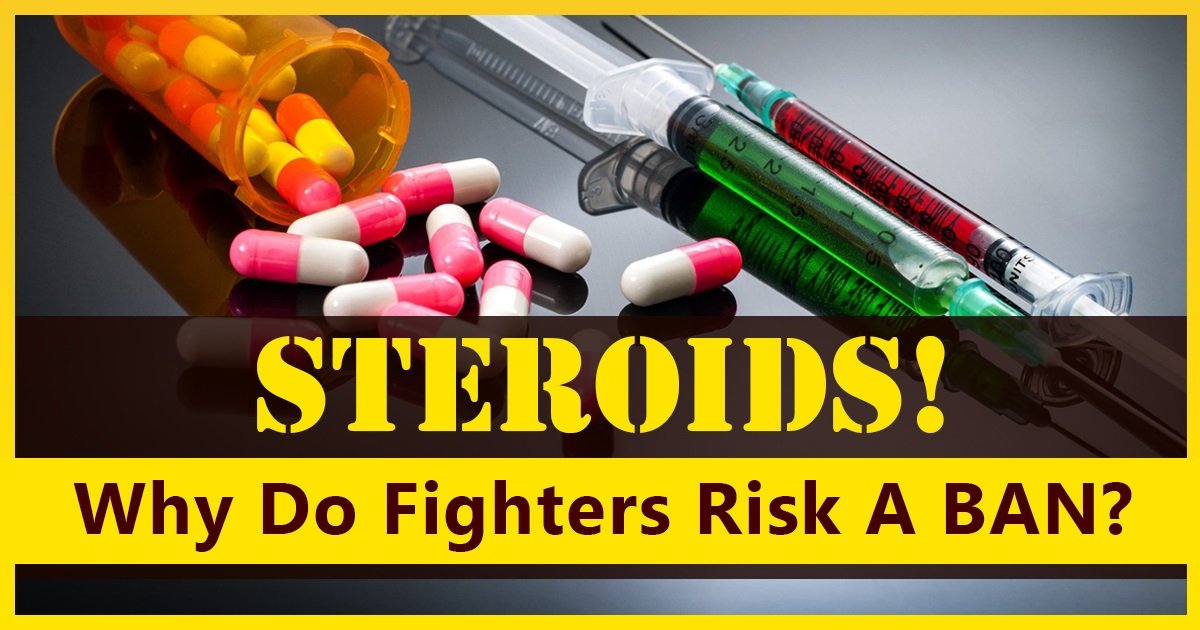 Steroids: Why Do Fighters Risk A Ban?

In all combat sports, fighters push their bodies to their absolute limits and will do anything to get the edge on their opponent. Most fighters stick to the legalities of the sport and rely solely on a dedicated training regime and a healthy diet, but we do hear of certain fighters going down the dark route and using banned or illegal performing enhancing drugs (PED’s).

However, combat sports like boxing have anti doping organisations like VADA who regularly test the fighters to make sure they are clean of any drugs. It is very important it is controlled for the safety of the fighters and the sport and any fighter that is caught cheating could be left with a lifetime ban.

So, knowing the health risks and a chance of a ban, is it really worth fighters taking steroids?

Every fighter should know that steroids are a class C substance which can only be sold by pharmacists, but they are not illegal to have for personal use. So, maybe they feel they need to take steroids to perform their best, especially if it is in a crowd in front of thousands of people.

PED’s improve a fighters endurance, muscle mass, strength and recovery time, so by taking a blend of substances they can get the most out of their training. Also, by taking anabolic steroids it will help them psychologically and give a fighter extra confidence leading up to a fight. In the heavyweight division there is no maximum weight limit over 14 stone 4 lbs (91kg), so fighters tend to want to be as heavy and as strong as possible once their in this division.

What are the different types of PED’s?

The most commonly used PED’s are anabolic steroids, which are known for their ability to build and strengthen muscle as well as reduce body fat. Anabolic steroids are manufactured drugs that mimic the effects of the male hormone testosterone. Testosterone affects a man’s appearance and sexual development. It stimulates sperm production as well as a man’s sex drive. It also helps build muscle and bone mass. Steroids have evolved since many years ago as there are many more types of anabolic steroids which are available, especially on the black market and each work to enhance your body in different ways.

What are other types of PED’s?

As mentioned above it is a big risk for any fighter as it could ruin their career and reputation. Even with the known risks, especially for their health, fighters still tend to chance it and end up paying the price.

What fighters have taken PED’s?

American boxer Jarrell ‘Big Baby’ Miller had the opportunity to fight for the heavyweight championship of the world against Anthony Joshua back in 2019, but Miller was found to have banned substances GW1516, HGH and EPO in his system from tests which were carried out, so he got banned.

To fight for a world championship title is an opportunity every fighter dreams of and Miller blew it by using PED’s, this is the consequence of using banned substances.

Anthony Joshua has also been accused of taking steroids in the past from fellow boxers and the public on social media as he has gained much more muscle mass since he won the Olympics in 2012. He weighed 16 stone 6 in his debut professional boxing fight and his heaviest is 18st 2lbs against Takam, but he is regularly tested and has never failed a drug test.

Anthony Joshua speaks about the steroid accusations in the Sky sports interview below.

Tyson Fury also received a ban from the BBBofC after he failed a drug test. The Sunday Mirror, a U.K. tabloid, reports that trace amounts of the banned substance nandrolone were detected in Fury’s urine sample in UKAD testing, dating back to February 2015. The same report states that Fury’s cousin, heavyweight contender Hughie, had also tested positive for the anabolic steroid.

The Fury camp denies all allegations. Fury got his licence back in 2018 after they dropped the charges against him.

Dillian Whyte also received a ban in 2012 after a sample for an in-competition drugs test that Whyte had provided after his victory over Hungary’s Sandor Balogh on 13 October was examined and subsequently tested positive for the banned stimulant Methylhexaneamine (MHA).

World champion Canelo Alvarez who recently beat Billy Joe Saunders in an outstanding performance has in the past tested positive for banned substance Clenbuterol when he was set to have a rematch with Gennady Golovkin. However, it could not happen as the Mexican received a 6 month ban.

What are the side effects of fighters using PED’s?

It is never recommended to use any controlled drug unless prescribed medically as they have both short and long term side effects of using PED’s. Short term the user may have less serious side effects like acne or aggressive behavior, but long term it can cause serious side effects which could be a list of things like high blood pressure, blood clots, stroke, and heart failure.

Here is a list of the side effects from steroids:

How often should fighters be tested for PED’s?

In a ideal world, fighters should be tested weekly to eliminate any chance of using PED’s as it can take up to 14 days for certain substances to leave your system. However, that is quite unlikely as fighters are from different parts of the world. Professional fighters will usually only get tested for PED’s once they have signed up for their next fight. This gives fighters the opportunity to quietly load up on banned drugs when they are not in fight camp.

In a perfect world no-one would feel the need to use banned substances and the sport would be safe and fair. Unfortunately, banned substances have been abused since sport has been around, so it is not likely to stop fighters trying their luck anytime soon.

Your GP may refer you to a specially trained drugs counsellor. They’ll discuss your addiction with you, how to safely stop taking steroids, and any obstacles you may face when trying to stop, plus strategies for dealing with those obstacles.