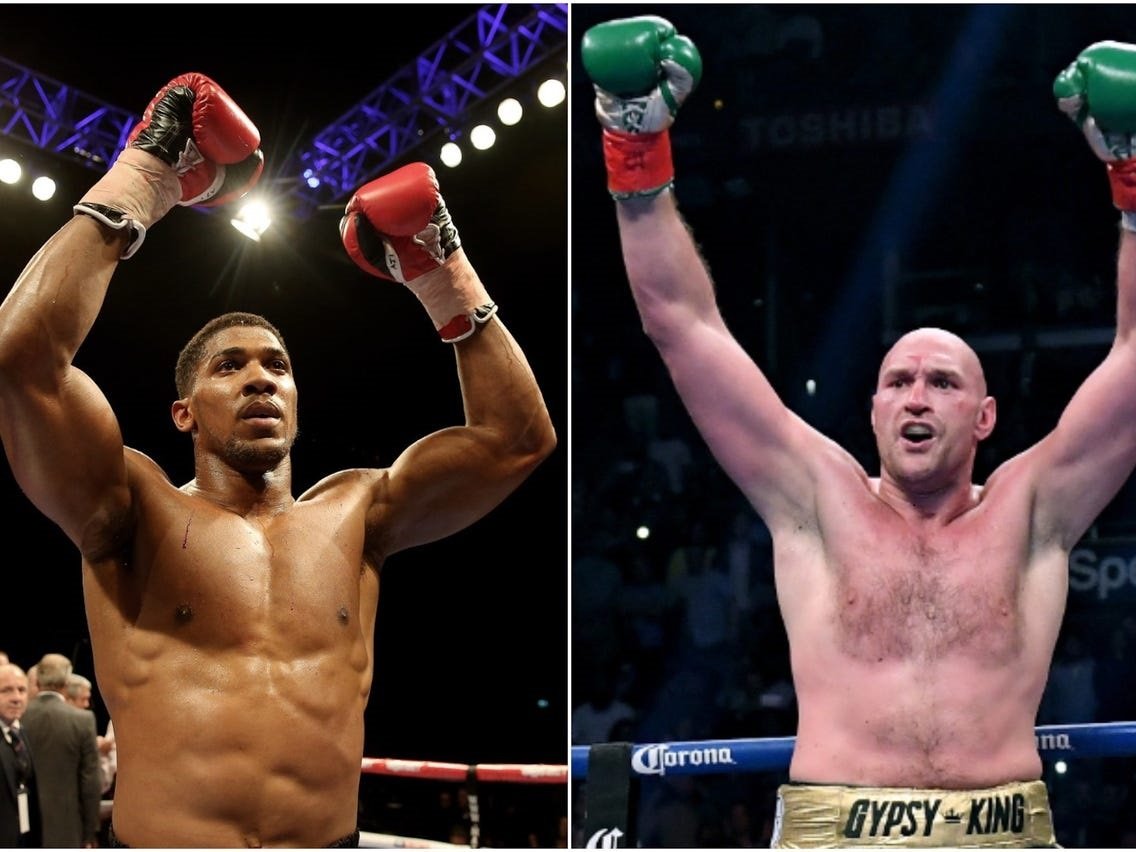 The best British boxers in the world right now!

The landscape of British boxing has changed in recent years, with stars such as David Haye, Tony Bellew and Carl Froch all retiring to make way for a fresh crop of talent.

It’s been a building process for many British boxers, but we are beginning to see a new set of superstars come to the fore.

We’ve broken down a list of the best current active British boxers.

The lineal heavyweight champion needs no introduction. Fury made his name in late 2015 when he claimed the undisputed heavyweight world title, defeating Wladimir Klitschko and ending his 11-year reign as world champion, away from home no less.

After a two-year hiatus from boxing, Fury’s return to the ring was announced in early 2018, and after two warm-up fights, the Briton signed to fight Deontay Wilder for the WBC world title in Los Angeles, a bout he would go on to draw on the scorecards but win in the eyes of the masses.

A rematch with Wilder in February 2020 saw Fury outclass his opponent to land the WBC world title and cement his name at the top of the heavyweight division. A third bout with Wilder awaits before a potential super fight with Anthony Joshua.

The youngest of four British boxers, including former world champion Liam Smith, Callum Smith is arguably the most successful sibling at the age of 30.

It’s been a rapid rise for Smith over the past couple of years and, at 6’ 3 in height, a move up to the light-heavyweight division might well be imminent, although a colossal unification fight with Saul ‘Canelo’ Alvarez could yet be on the cards at 168 lbs.

It’s no doubt that Anthony Joshua has flown the flag for British boxing over the last few years.

Aside from securing mainstream superstardom through high profile world-title fights at Wembley Stadium, Joshua held three of the four recognised heavyweight title belts for over three years (2016-2019), before his defeat to Andy Ruiz Jr. in New York in June 2019.

Despite the loss, Joshua bounced back to reclaim his belts with victory in the rematch against Ruiz Jr. in December 2019 in Saudi Arabia to catapult his name back to the top of the heavyweight division. Joshua is next due to fight Kubrat Pulev, though a potential all-British mega fight with Tyson Fury awaits after that.

His first fight of the year was long-time IBF featherweight champion Lee Selby, who had no doubt in his mind he would beat Warrington, to the extent that the fight was agreed on away from home in Leeds.

What followed was one of the greatest fighting nights for the city of Leeds. Warrington became world champion, spurred on by a raucous home crowd.

Warrington’s undeniable support would help him get over the line in his next fight against Carl Frampton. Frampton had a lot to prove, and his attempt to regain the world title was valiant, but Warrington’s relentless pressure would help him across the line once more.

At 30-0 and 29 years of age, Warrington has his whole career ahead of him.

Next up? A unification fight with the best of the division.

One of the lesser-known names on this list, you might know Billy Joe Saunders for his performance on the KSI vs Logan Paul 2 undercard, battling to a knock-out victory and successfully defending his WBO super-middleweight world title.

After winning the WBO middleweight world title in 2015 with four successful defences, Saunders was stripped of his title before coming back to win a world title in his second weight class against Shefat Isufi in early 2019. Victory against Marcelo Esteban Coceres followed, while a potential fight with Alvarez could also be in the offing.

Saunders is arguably one of the most technically gifted active boxers in the world at the moment and he can pose problems for any active middleweight or super-middleweight fighter in the world.

One of the standout fighters of 2019, Josh Taylor announced himself on the world stage in two epic world title fights. First, in the World Boxing Super Series against Ivan Baranchyk, defeating the IBF super-lightweight champion in Glasgow.

His second and final bout of that year would be against Regis Prograis, the undefeated WBA (super) super-lightweight champion from United States in a unified world title fight. In one of the fights of the year, Taylor won by majority decision in front of a sell-out O2 Arena in London, proving that he was now the king at super-lightweight.

What next for Taylor? Though his stock has risen among boxing’s hardcore fanbase, he is yet to bridge the gap in the mainstream, but a move up in weight to fight the likes of Terence Crawford or Manny Pacquiao could well see him on his way to doing just that.