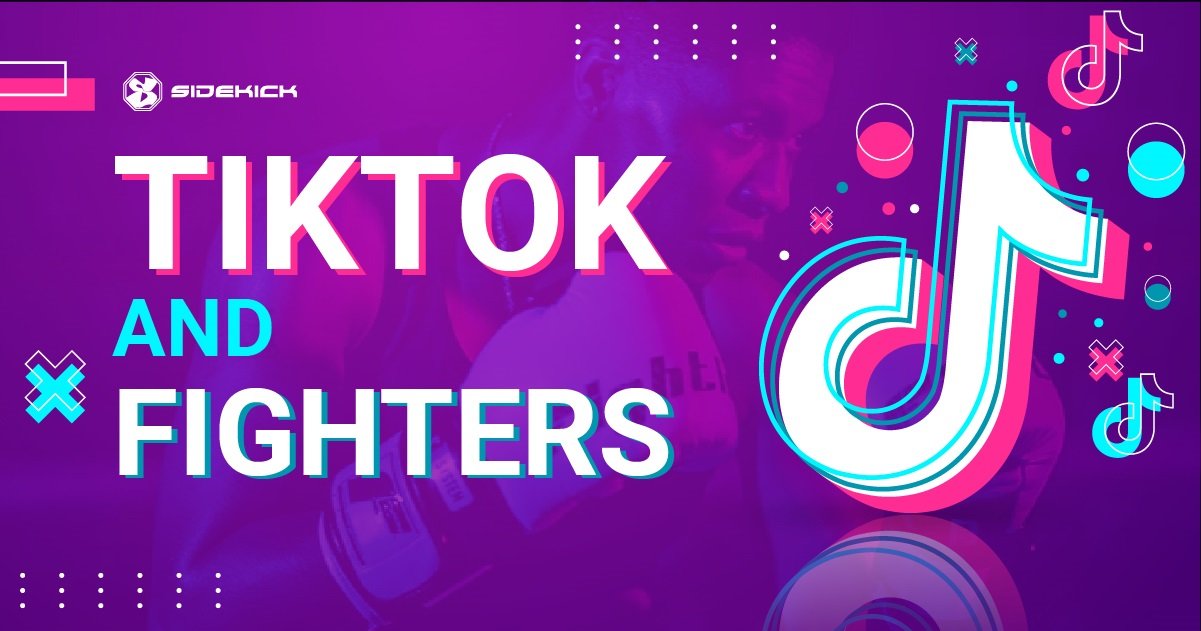 There was a time when Facebook was the must-have account for social media. Everyone wanted to get as many friends as possible, almost in a competitive way, and post photos or statuses to reel in the most likes. Facebook was also an excellent tool for fighters to network too.

A fighter could quickly contact promoters to get on their card or rub up against other fighters by commenting negatively on their post, getting fight talk starting. However, with the flooded advertising on Facebook, it seems that it is not as popular as it once was, and many people are switching to Tiktok.

Investopedia suggests that TikTok is:

‘TikTok is a popular social media app that allows users to create, watch, and share 15-second videos shot on cellphones. With its personalized feeds of quirky short videos set to music and sound effects, the app isnotable for itsaddictive quality and high levels of engagement. Amateur and professional creators alike can add effects like filters, background music, and stickers to their videos, and can collaborate on content and create split-screen duet videos even if they’re in different locations.’

Is having lots of Tiktok followers good for fighters?

Tiktok is a great way to gain an audience, and the fact that Tiktok overtook Google to be the no1 website of 2021, proves it certainly has the opportunity to gain new fans. You may now be wondering how getting Tiktok followers could benefit a fighter, however as mentioned in a previous article ‘Growing an audience’, progressing as a fighter is more than just fighting and winning in the ring; it is also about growing in popularity and reaching an audience to make you more sellable to a promoter.

Not only that, but with a considerable amount of Tiktok followers, you will be in favour of companies that want to sponsor you. Take some of the biggest fight stars, have too jumped on the Tiktok bandwagon, and their videos reach millions of active users.

How can I use Tiktok as a fighter?

Being creative is critical, yet you want to give the right image. Doing non-relative videos may not provide you with credibility.

TikTok is a very individual platform and what works for one might not work for another. The best way to get engagement and following on TikTok is to follow trends and follow repetition.

The below fighters have become TikTok famous over the past two years.

Back in 2021, a YouTube vs TikTok fight happened between the “titans of social media”. The fight lasted for three rounds between Bryce Hall and Austin McBroom. Austin McBroom took the big win of the night, however YouTube walked out 5-1 winners.

The Mirror suggested that:

McBroom dominated the bout for all three rounds, before the referee, mercifully, put an end to proceedings, earning the YouTube star a massive victory.

The event was attended by an estimated 15,000 spectators in the stadium, which holds 63,000 at capacity for Miami Dolphins football matches.’