Home>Kickboxing and MMA news and equipment>What is the hardest sport on earth? 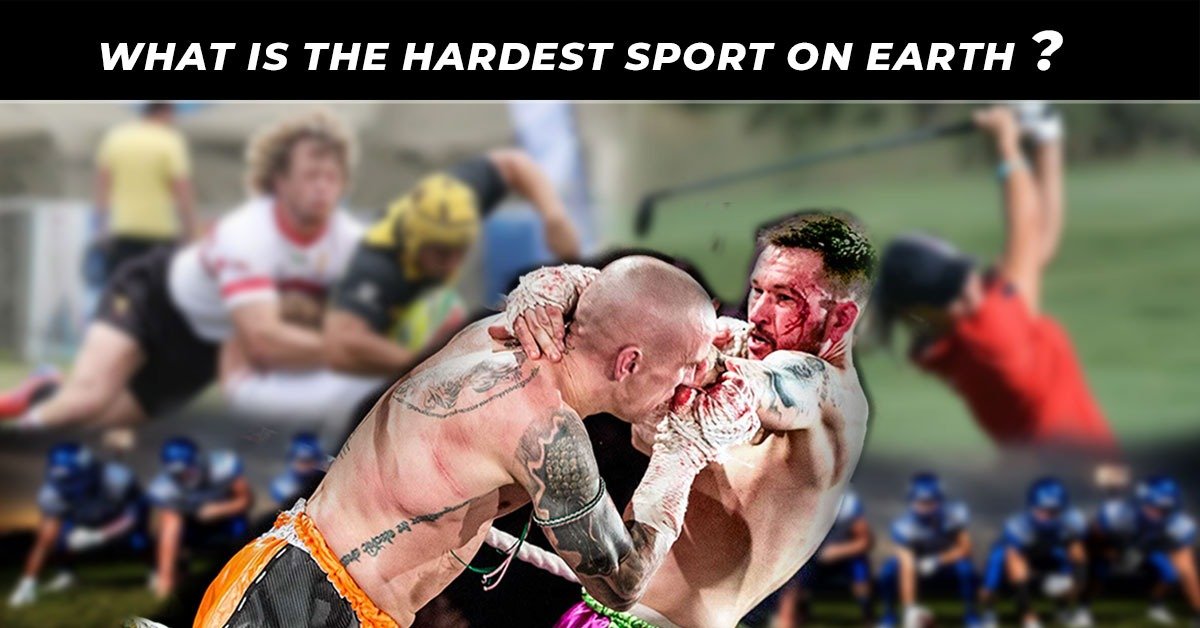 What is the hardest sport

What is the hardest sport on earth?

Many people have their views on what they believe is the hardest sport on earth.

Kickboxing being a combat sport where you punch and kick each other has got to be one of the toughest sports on earth but is it the hardest?

For instance, darts, as crazy as it may sound, requires a massive amount of concentration. To score a consistent 100+ in a competition, darts players need focus and a keen eye for perspective. Also in darts, the perfect game of 501 is when you finish and checkout in just 9 darts, known as the nine-darter. Many people debate which is harder to achieve out of a nine-darter in darts, 147 in snooker, or a hole-in-one in golf.

So, what is the hardest sport?

That all depends on what you define as the hardest sport. If it is physical punishment, then hands down it will be a combat sport as you are getting constantly hit. However, if it is regarded as what requires the most skill it may not necessarily be a combat sport, of course to out-class Tyson Fury it is going to take some incredible skill, but for many fighters and even professionals, they have won many of their fights just by being fitter and stronger than their opponent. The most skillful sport would be a sport like golf that requires perfect accuracy and judgement of distance.

To give an overall opinion to what is the hardest sport it will need to be broken down to certain factors as each sport is harder in different areas. These factors are:

Below, we have compared 5 of the most popular sports today to work out which one is the hardest sport on earth.

Boxing, kickboxing, and MMA all come under the ‘combat sports’ umbrella and they all require similar training and preparation.

Combat sports require a very high level of skill, fitness, speed, and upper body strength too. To top it off you also need a tough chin and conditioned body to withstand the gruelling punishment of not only the training but also fights too.

Depending on the fight, each round lasts approximately 2- 5 minutes, which may not sound long but when you are getting hit repeatedly you count every second. Former professional boxer Carl Froch once said you need to be a semi-professional runner to make it as a boxer.

“Your longevity in the sport is governed by how you live in between the fights.”

For more information about kickboxing vs boxing, take a look at our blog post here.

Anthony Joshua is a world champion boxer and weighs over 18 stone for his fights. Going 12 rounds with AJ would definitely take some beating to be considered the hardest sport on earth. Watch his knockout highlights below:

Football by far is one of the most popular sports around the world. It requires leg strength, speed, fitness, and skill to become the best.

Today’s football doesn’t have the contact it used to have. As it is a team sport, an individual player will not need to run constantly as it will be in short blasts.

Football is played for 90 minutes and it is said that each player runs an average of 7 miles. Heading a ball has some current controversy at the moment,  but takes some bravery although balls are much lighter these days so it literally doesn’t make the impact as it used to. This is because old leather footballs with laces were quite heavy and did physically injure the head the ball at times.

Both versions of rugby are extreme contact sports and some say rugby league is the more physical because of the ferocity and amount of tackling.

Laws over the years have made the game safer, however, professional players can be a formidable force. After all, who would want to tackle someone who is 6ft 6” running at speed?

With Rugby Union, you have the competitive scrums where the force on the props and hookers is immense. Back, neck and muscle injuries are an obvious concern.

Rugby does require skill, speed, strength, handling, and kicking abilities but most of all bravery because of the sheer physical contact.

It is an all-round team sport but individuals can shine.

Golf is probably the hardest single-player ball sports based on the skill of the players alone.

Ball at a standing start, the elements in your face, water hazards, trees, bunkers, undulating ground, and distance to all managers.

Part of what players have to deal with is the mental aspect they have to conquer too. Missed a short putt, shanked a short iron all play tricks with the mind.

Subtleness finesse and strength all important.

This fast-paced motorsport requires immense driving skills and concentration. One little blip and the consequences could be fatal driving at those speeds.

A Formula One car reaches speeds of over 200mph and a race can be for 1.5 hours long so the concentration and G-force will make it physically draining.

What is an Athlete’s Diet?

One part of any sport that can make it require that bit more dedication is a strict diet.

The more physical the sport, the more strict their diet may be and even more so if the sport has weight divisions like boxing.

Michael Phelps, a former Olympic swimmer consumed a staggering 12,000 calories per day during training! That is 5 times the recommended daily calorie intake for a man.

Usually, an athlete’s diet consists of:

It is clear to see every sport has its main strengths and not one sport can be regarded as easy.

Can a boxer play golf? Possibly not, but a golfer may be able to participate in boxing if you brave enough to get punched.

Even former professional rugby player Gerwyn Price is now one of the best darts players in the world.

To learn more about combat sports, read our article ‘What are the hardest martial arts to learn?’ here.