Home>Kickboxing and MMA news and equipment>What Is White Collar Boxing? 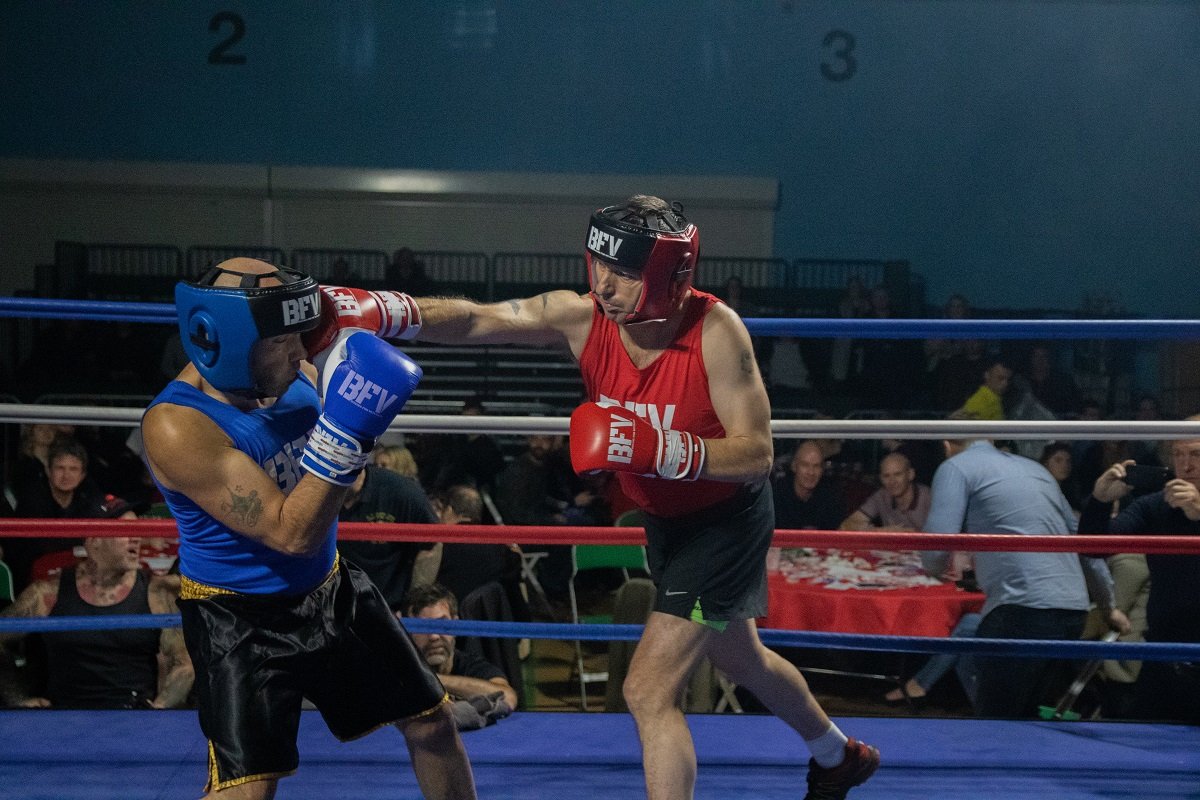 What is White Collar Boxing?

What Is White Collar Boxing?

White-collar boxing events have grown massively over the years. It has given inexperienced fighters the opportunity to see exactly what it is like to get in the boxing ring as well as raise money for a fabulous cause, Cancer research.

So, what is White-Collar Boxing?

The early history of White-collar boxing has its beginnings at Gleason’s Gym in New York City. Gym owner Bruce Silverglade began organizing informal fights between the white-collar workers of his clientele in the late 1980s, which later developed into regular monthly events.

White-collar boxing is a form of boxing in which people in white-collar professions train to fight at special events. Most have had no prior boxing experience.

What a White-Collar Boxing event below:

“started in Wall Street in the 90s when city boys there were training in quite famous amateur boxing gyms and basically decided let’s have a fight as well,” he said.

“That then went to the City, in London, and has now pretty much gone to every financial center around the world. It’s very big in places like Singapore, Shanghai, and Hong Kong.

Beginning in 2009, Ultra White Collar Boxing (UWCB) began the popularity of white-collar boxing across the UK. It is one of CRUK (Cancer Research UK)’s largest fundraising partnerships raising over £20million.

How much Training do White Collar Boxers get?

Usually, the boxers are totally novice to boxing before signing up for a White-collar boxing event and they will get 8-12 weeks of free training depending on the organization.

The reason they get free training is that they need to sell tickets to friends and family to raise the money for the chosen charity which is usually Cancer research. The fact they have never experienced a boxing fight before makes it even more exciting for their spectators to watch and cheer on.

It is also important to make the training free as the classes will need to be as available as possible to a complete novice fighter. If they had to pay they may not attend as many classes depending on their financial circumstances.

As much as we all like to look brave and tough, if you haven’t ever participated in boxing before, you may realize during the training it is harder than it looks and it is not for you.

This could be one of the biggest concerns because no one likes to let anybody down, so if you are unsure about fighting, it is important to say early on. You certainly won’t be alone as even active fighters are seen to pull out from time to time.

Over recent years there have been concerns to some boxer’s health that may have gone unnoticed and WCB has left doubt as to whether it is safe.

However, If everything is done in the right way and every precaution is taken it shouldn’t be any more dangerous than any other combat sport. Full health checks and medicals should be monitored throughout the whole period and matchmaking should be of an equal level and vetted properly as some people may have had previous experience in other styles of combat sports.

It is very important to sign up with an already good fitness level as if someone is unfit, the first few weeks will be just getting their fitness up and not really developing as a boxer.

Is WCB Good for the Sport?

There are certainly many pros to these events and the priority is to raise many for charity. Also, fighters can have a great experience full of adrenaline in boxing and certainly an achievement to raise money.

If every safety precaution is taken it shouldn’t have any negatives. However, with the fighters only getting around 8 weeks of training, it is nowhere near enough to compete at an amateur boxing level. In boxing, it takes years to learn the sport and in 8 weeks you may have just gone through some basics.

What Boxing Equipment is used in White Collar Boxing?

Boxers wear protective head guards like in amateur boxing. The boxing gloves size used in white-collar boxing is 16 oz, as opposed to 10 oz, as used in both amateur and professional boxing. This is a very good size for protection, especially for a novice fighter as these are the recommended gloves size for sparring as they have plenty of padding.

A red or blue colour vest and shorts are worn to easily recognise the colour.

White-collar boxing is a great way to start boxing for amateurs and also a great way to raise money for a worthy cause at the same time too. remember that boxers are often given professional training for approximately eight weeks prior to their fight and then matched with appropriate fighters from the group which helps to ensure a fair fight.

If you would like to sign up and fight on a White Collar boxing event, Simply Google search ‘White collar boxing near me’ to find out where is the nearest location.