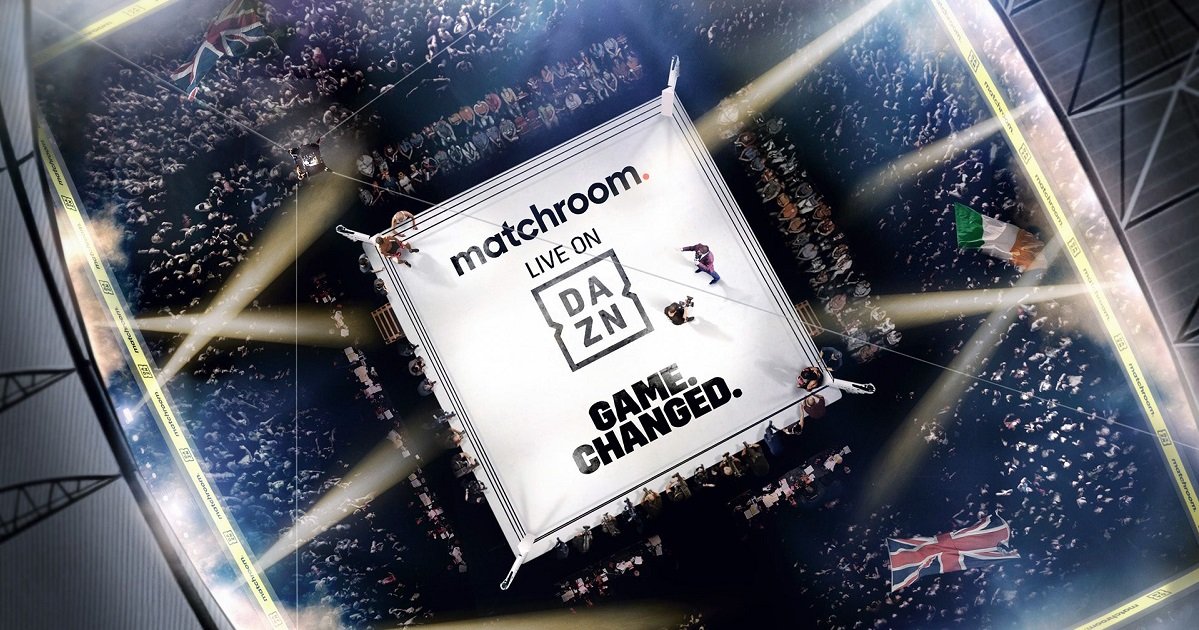 The sport of boxing is constantly evolving, how we train, newer equipment, and even down to how we watch it has changed. Initially, back in the day, the local boxing gym would be of a spit-and-sawdust style, with the punch bags being all gafer taped up and to watch boxing you would either have to attend the venue or watch it at home on a box office TV.

Today, with the digital era we are now in, you can stream live boxing events from an app like DAZN. The DAZN app allows you to watch it from literally anywhere on either a mobile device or syncing to a TV.

So, what is Dazn?

DAZN is a live streaming subscription app for live sports events or on demand. DAZN launched in 2016 in several countries around the world and 200 other countries including the UK in 2020.

‘DAZN is the first streaming service to operate around the globe devoted to live sports, and it launched in the UK on 1 December 2020.’

It features hours of live boxing events and documentaries, which can be watched on almost every internet-connected device.

There are other combat sports apps which include:

What Boxing is on DAZN UK?

Matchroom Boxing is one of the biggest boxing promotions in the UK and have been partnered with Sky with a TV deal for around 25 years, allowing the boxing fans to quickly tune in to Matchroom live events.

However, with DAZN making waves in the boxing world for several years and even holding the broadcasting rights to Joshua vs Ruiz 1 & 2 in many countries outside of the UK, Eddie Hearn the promoter and director of Matchroom Boxing announced that he has recently signed a new five-year global deal with DAZN UK.

So, now Matchroom live events will no longer be available to watch on Sky Pay-Per-View. This lucrative deal has cost DAZN a whopping fortune of around £100,000,000 to stream Matchroom live events on their app. It is easy to see why DAZN chose to work with Matchroom as not only do they have the best Matchroom boxers, but the promotion is the most prestigious which runs continuously.

This year alone Matchroom have hosted a total of 44 events and with some fantastic bouts including heavyweights Joshua vs Usyk, and Parker vs Chisora, which was a total war.

Let’s face it, it goes to show how truly dedicated Eddie Hearn is as even when we all thought boxing was on the back burner because off all the restrictions of the lockdown last year, Eddie Hearn used his initiative to host the Matchroom live events in his very own back garden of his house.

When we say it’s in Eddie Hearn house, it is undoubtedly not an average size of terrace house.

The Hearn house is a colossal mansion plotted on acres of beautiful land in Brentwood, Essex. In fact, it was initially Eddie’s father Barry Hearn who bought the house many years ago for only around £200k and now it is the headquarters of Matchroom Boxing. There have been 2 Matchroom Fight Camps, the first was in 2020 and Camp 2 was in 2021.

Check out these fight highlights between Devin Haney and Jojo Diaz below:

How much does DAZN UK subscription cost?

DAZN is a very affordable service. Initially they offered an introductory offer of only £1.99 per month. However, probably due to the massive outlay to Matchroom Boxing the price has had a slight increase up to £7.99 a month. This gives the subscriper unlimited access to every live event and all the on-demand programmes on the DAZN app.

Many boxing fans may prefer to pay for boxing as a PPV rather than a subscription like DAZN. However, even though DAZN charges a monthly fee, for the regular boxing viewers, it may work out more cost effective.