Home>Kickboxing and MMA news and equipment>Garry Bell: A Fighter With Cards Up His Sleeve 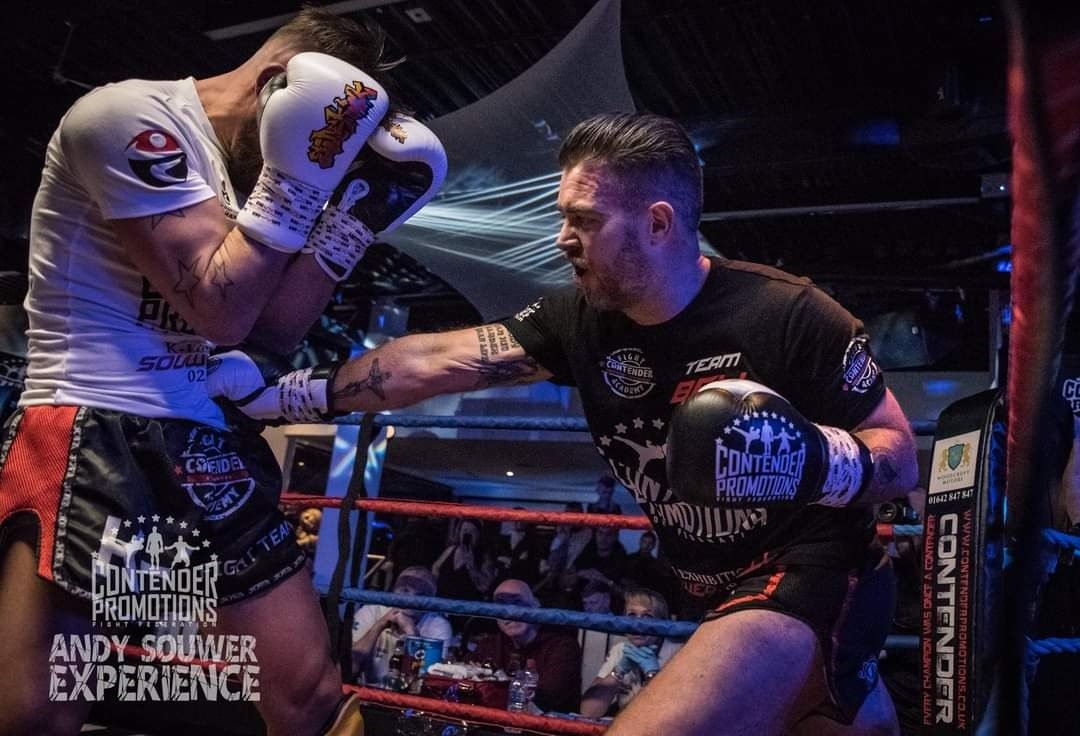 Garry Bell: A Fighter With Cards Up His Sleeve

Martial arts to many people is more than just learning a discipline, it becomes a way of life that some just can’t imagine a life without. Garry Bell, a former kickboxing champion is one of these people that simply lives and breathes martial arts, especially kickboxing. He has been a fighter, owns Contender gym, the promotion Contenders fight federation, has won martial arts awards and recently started a completely new unique venture.

We have had the privilege to have worked with Garry Bell over the last few years sponsoring his fantastic promotion with our custom made boxing gloves specially designed for his show. We caught up with Garry to ask him a few questions about his martial arts journey.

How did you get into martial arts?

I started training from around 7 years old with my brothers. I was interested from watching martial arts movies with stars like Van Damme, Bruce Lee and Philip Rhee ect.

We never had much money growing up to attend any classes when were younger, so we used to sneak in to our local sports centre. It did not matter what class we did, we just loved all martial arts styles and really wanted to train.

We would always train on the local field for hours as kids, me, my brothers and cousin’s all doing all kinds of crazy ninja moves.

When did you have your first fight?

I had my first fight very young,  it was a karate competition before I starting other martial arts styles.

What made you want to have your own club?

I started contender originally as there were no K-1 Kickboxing gyms in the North East. I used to train kickboxing and Muay Thai as together it was the nearest to create that K-1 kickboxing style. Originally I started training only adults in a very small unit, I had above a car valeting business I had with my brother.

I moved the gym to a friends place inside a mma/boxing gym, and I called my club Brawla at the time around 2006.We only had a hand full of members and eventually created a few fighters.

In 2008, i changed everything as I wanted to help get kids off the streets and away from knife crime, helping to change their life in a positive way with martial arts. I changed the name from Brawla to Contender, as Contender is for everyone as “every Champion was, once a Contender” meaning.

After only a few months, I got told by the landlord that the building i had leased got closed by the local council as it did not have the correct business listing.

All the hard work and money I spent to open Contender was wasted and I felt turned to nothing, i was absolutely gutted. It took me nearly 1 year to reopen Contender again as I had to go back to work to raise the funds to restart the business again, after spending everything i had to open the first time around.

Again, we started with nothing, not even a matt or pad to our name. I believed I could achieve it even with nothing, only enough to cover the few months rent on the new building.

We have since moved to bigger premises after out growing the previous building and the rest is history. I have had so many ups and downs over the years but with a big dream and hard work and determination, I now have an amazing gym that is kitted out with amazing training facilities, perfect for all members and fighters.

What do you love most about martial arts?

I love the martial arts lifestyle, the physical and the mental side of it. That none stop journey of always learning and helping others to achieve their greatness also with martial arts.

What has been your biggest achievement to date?

Apart from my kids being born, stepping in the ring with K-1 legend Andy Souwer, for a K-1 exhibition fight. That is an experience I will never forget. Also winning the K-1 ‘King of the Ring’ British Title in 2012. Plus, how far I have come with the growth of building Contender from nothing and the snowball effect. It has had the failures and challenges I have faced that has made me better with business and as a person.

How was life during lockdown?

Lockdown has been so crazy for me.  Just before we went into lockdown in march 2020, I had two events scheduled, one in Newcastle and the other in Doncaster dome.

Both were selling tickets really well, but things turned upside down with venues getting shut down and having no choice but to cancel both events. With government restrictions in place it was hard after putting money into advertising ect and then losing it.

Then things got even worse as my gym had to close down days after. I had zero income coming in, it’s been very hard.

I had a few down days and lost alot of motivation as things where out my hands with my business closed. I needed something to keep me busy again and i was thinking of so many different business ideas to make money.

I went to bed one night and came up with the concept of Jab Cross Hook game, a family fun card game thats fast paced and exciting to play. I got up and put all the notes from the ideas I was thinking in my phone in the early hours of the morning. I was thinking so much on the idea adding and removing rules, I decided to make a template on paper then decided to make my own card version on printed card that I got family and friends to test play the game for feedback.

I changed some rules around after lots of different feedback from people. After I was happy I decided it was time to design the game which took us a few months working on it. I researched and found a manufacturing company and got two sample packs made up to see it in reality.

I was so happy with the final product but I did change a few minor things on the cards and changed the box. The cards have only just arrived yesterday I can’t believe it’s now one year since I turned my idea in to a reality. I am ready to start selling the game and hopefully get them stocked up with some of the biggest retail shops and online.

If you would like to see the rules or buy a game check out my website that I also got made from a friend including the game’s promotional trailer.

What are your plans for the future?

I love business and coming up with new ideas so I will be looking to open a lot more businesses for sure or partnerships with the right people. I will be pushing my businesses to new levels over the next few years growing bigger and better. Martial arts will always be apart of my life and I don’t see that side of it as work.

My advice to anyone out there is to find something you love and love what you do and you will never work a day in your life. Believe in the power of your dreams and go after them to make it happen.”