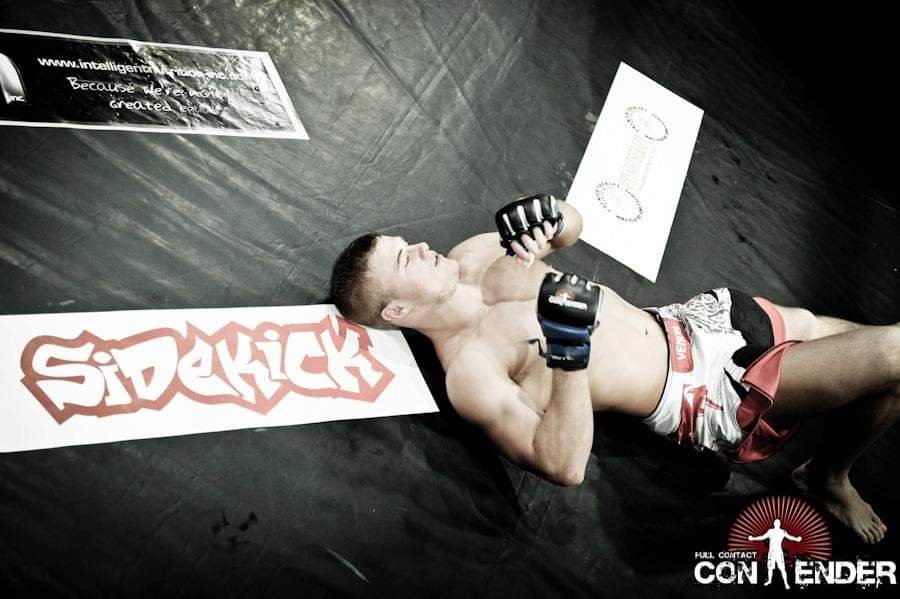 Boxers with a glass chin

A Fighter Can’t Have A Glass Chin

In boxing and other combat sports, the most effective way to win a fight is by a knockout. This is when a fighter gets hit hard that he goes to the canvas and cannot continue within the 10 seconds count. This means that the fight is immediately stopped, awarding the other fighter the win. This of course is something you don’t want to happen yourself!

So, what causes a knockout?

In any type of combat sport, the chances of getting hit in a fight are very high, almost unavoidable. It is going to happen no matter how good a fighter is.

Usually, a fighter can get knocked out if both hemispheres of the brain are turned off at once — though if only one is affected, the other can pick up some of the slack.

Fighters can also lose consciousness if part of the brainstem is knocked offline.

Brain activity can be affected by a number of things. Oxygen can be cut off to certain parts of the brain, or a blood vessel might burst which causes unconsciousness.

However, a blow to the head can also cause disruption to the brain that could lead to a loss of consciousness too.

A great example of an iron chin is Mayweather. He has one of the best defences in boxing, but, he wasn’t invincible and still got hit. It was the fact that he also was very tough as to why he never went down.

When a fighter is seen to be hurt, their opponent will move in to land a combination of heavy strikes to hurt them enough to knock them down so they cannot continue. However, the left hook to the chin in one of the most common techniques to cause a knockout from a single strike.

Watch the video below to see Glory kickboxing’s top 10 knockouts of all time:

How to defend against knockouts

It is very important to have a great defence in boxing. Most of the art of the fight in boxing is learning how to not get hit. However, you also need to learn to be able to take any punches which do land and not go down as a result of the impact.

You could have the best boxing skills on earth but if you have a weak or glass chin, your career could be in jeopardy.

Take a look at Anthony Joshua’s career. He has been the superstar of heavyweight boxing but after that defeat against Andy Ruiz, people have questioned his chin.

However, it’s not just blown to the face which can cause knockouts. Getting hit to the body can drop a fighter as it can instantly make it hard to breathe and continue.

What is a glass chin?

The term having a glass chin is usually used when a fighter gets punched in the head or chin and is knocked out very easily.

The chin and/or jaw are great places to really put somebody out, and luckily, it doesn’t need to be terrifically accurate to have the desired effect. As described above, there are a number of ways that a blow to the face can cause someone to be knocked out unconscious.

Many fighters talk a lot about hitting someone on the “button,” but believe it or not, that button doesn’t actually exist.

The reason that a punch to the jaw can knock somebody out is that your brain is very sensitive. As the organ is floating around in the liquid of your skull, it can cause trauma to the brain and will actually bounce inside the skull and momentarily shut down. Knocking someone with a good straight right or even jab to the chin or jaw is hard enough to cause this knockout.

Why do some fighters recover from punches to the face more than others?

Some people can absorb more punishment to the head more than others. It is something that generally can’t be improved. It doesn’t matter if you do bodybuilding or heavy sparring, it is simply the way some people are made.

Tyson Fury is someone who has a iron chin after that 12th Rd knockdown from Deontay Wilder. It was incredible to see him get back up and continue to fight in 10 seconds.

Watch the video ‘What makes a good chin?’ below.

When training or sparring in the gym it is always important to use protective training equipment like head guards to reduce injuries and so you can continue to train regularly. Sparring should always be in a safe controlled environment and by wearing equipment like mouth guards and head guards it will prevent cuts, clashing of heads and potential knockouts.

Read our article ‘How to choose the right headguard for boxing’ here.