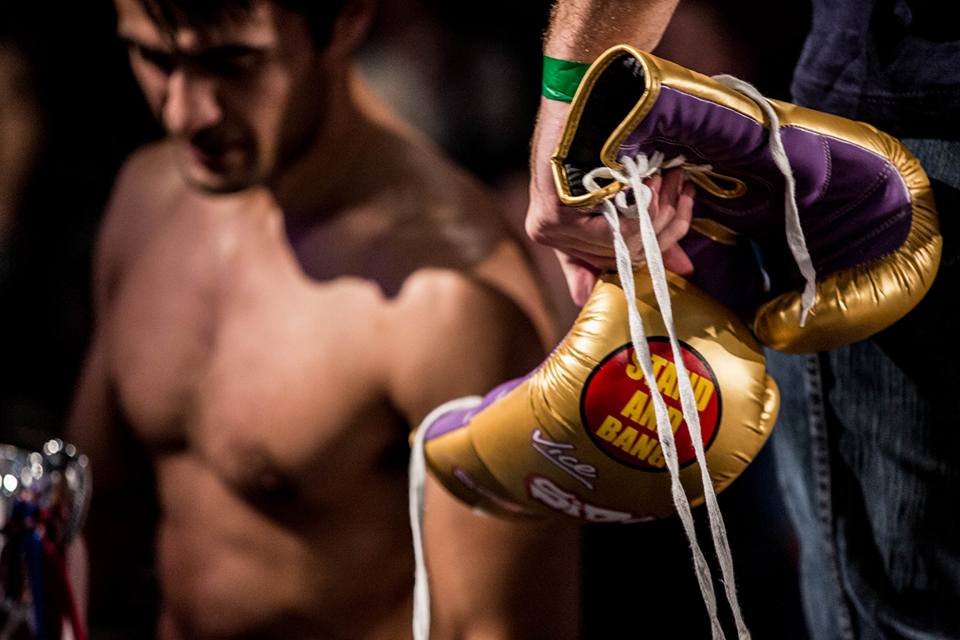 One of the biggest things a fighter looks for during their career is to land a lucrative sponsorship deal.

This is generally because combat sports don’t pay fighters what they are potentially worth unless they fight for global promotions like the UFC, Glory kickboxing, or Eddie Hearn’s Matchroom Boxing.

This is not the fact these organizations don’t want to pay more for their fighters, it’s just that a lot of promotions are run by just one person and the ticket sales don’t generate enough profit to splash out on higher-paid fighters.

This is because the promoter usually has to pay for travel fees, hotel rooms as well as the fighter’s purse.

How Do Fighters Make Their Money?

As a result of many organizations not paying fighters enough, many seek out sponsorship deals in return to endorse a companies product or service.

This is a great deal for both the fighters as well as the business. From a fighter’s perspective, they’re getting paid for what they’re worth, and from a business perspective, they are having well-known fighters promote their brand to many of their relevant fans.

But, this may not always be all it is cracked up to be.

When a company sponsors a fighter, that fighter will represent that brand. So, depending on the fans or popularity of a fighter, it could be a make or break for a company.

It is the fight game after all!

Even if you look at some of the superstars in combat sports like Conor Mcgregor or Anthony Joshua, they still get their fans and dislikes.

For Sidekick, we always handpick our sponsored fighters. This helps us choose individuals whose image suits our brand. This ensures that we get the best fighters to represent our brand, as well as fighters who have ideals aligned with our own.

So, what makes a good or bad sponsor?

As suggested above, here at Sidekick Boxing, we do our best to pick the very best sponsors to represent our brand image. Below are some of the things we keep an eye out for when choosing our sponsors.

For good sponsors, we look out for:

However, there are some points we look out for in sponsors who aren’t necessarily best for representing our brand:

Which Fighters has Sidekick Boxing Sponsored?

We have sponsored a variety of fighters with very different personalities, this way we have many different fighters representing our brand and there is something interesting for everyone.

However, one of the biggest risks was when we sponsored Andrew King Cobra Tate. We sponsored him for many years over his career but he seemed to be a fighter that you either loved or hated.

We knew of Andrew Tate when we were sponsoring Jamie Bates, who Tate previously beat Bates in a K.O victory.

Andrew Tate was making waves in the U.K  and was quickly becoming a name that no one could beat. However, to many, he was too outspoken and opinionated. We had received comments about why such a company would sponsor such an athlete. But for us, Tate has an incredible style, immense power and he was prepared to fight anyone, anywhere.

Below is a video of Tate talking about the world of ‘toxic’ masculinity.

For more information about the life of Andrew King Cobra Tate, check out our blog post here.

So, with the legendary Tate putting our equipment through vigorous training,  it showed how durable and high-quality our brand really is. if anything, having Tate use our equipment was a testament to how well our equipment can last under immense pressure.

In a perfect world, you could say it’s a shame he didn’t have the professional image outside of the ring, but perhaps he wouldn’t have gotten noticed as he did if not.

As mentioned earlier about Jamie Bates, he was different in many ways. He gave off a completely different image and he came across as very professional both in and out of the ring. He would even bring enough Geordie fans to pack out a venue.

“My dad owns the MASAC Gym in Annfield Plain and I was pretty much brought up there as a child. From the age of four, I studied Karate and moved onto Jiu-Jitsu before finally moving onto kickboxing aged eight. I had my first fight only because my dad was asking other kids in the class if they wanted to compete on a local show and I got jealous and demanded a slot myself. The rest is history.”

Another sponsor has been Tolly Plested, who came from a Jiu-Jitsu background and later became an MMA fighter.

Even though Tolly was a fighter, he was extremely calm and chilled, which is exactly what you would expect from a martial artist. Tolly also owned his own martial arts club which taught children so it was very important parents could put their trust in him.

It goes to show how different fighters can give a different impact on a company. It gives a perception of a business that ideally you would only want to be positive.