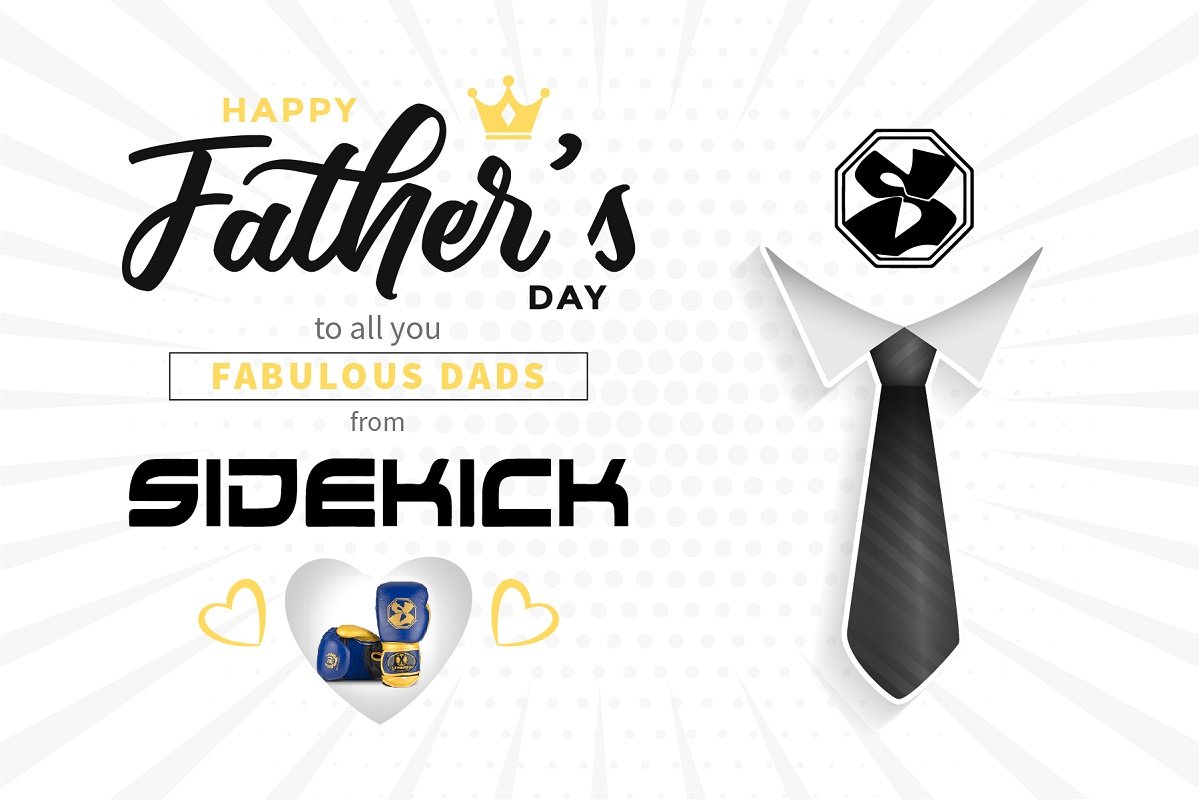 Father’s day is soon approaching and it can always be tricky choosing a nice present each year, so what is the best gift to get for a fight fan Dad this father’s day?

Each year we always tend to stick to the safe prezzies that you can’t go wrong with like a card and a pack of beers, but by getting him a boxing gift like focus pads and boxing gloves set, not only is it a fun father’s day gift, but you could have a memorable day and use them together.

So, what is Fathers Day?

Fathers day is in the UK on the third Sunday of every June and this year it is the 20th June 2021.

Father’s Day is about honouring fatherhood and the love our dad gives us all year, also it can be any other special male role model like a step dad or even an uncle in our life.

The History of Father’s Day

In 1908, Grace Golden Clayton proposed the day to honour those men who lost their lives in a mining accident in the US. Though it was not accepted then.

However, in 1909 Sonora Smart Dodd, who along with her five brothers were raised by her father alone, being inspired after attending Mother’s Day[citation needed] in a church, convinced the Spokane Ministerial Association to celebrate father’s day worldwide.

Throughout the history of boxing, there have always been dynamic Father & Son duos gracing the sport.

Thoma Hearns knocked out his opponent in 48 of his 61 career victories and is well-known for being a world champion in five different weight classes.

This means that Ronald Hearns had big shoes to fill when he entered the paid ranks in 2004. Having 21 straight victories, Ronald was a great fighter, however was unable to live up to his Father’s previous winning streak when he was knocked out by Harry Joe Yorgey in 2009.

Chris Eubank is a well-known boxer for a reason. His boxing prowess has continued in the next generation with three of his four sons going on to become professional boxers.

“Three of my sons are boxing on this bill on Saturday night, (back in Feb 2019) “Nathanael is boxing, Sebastian is boxing and obviously Junior is boxing so that is historical…Team Eubank,”

Check out this video below of the best bits between the fight ‘Nick Blackwell vs Chris Eubank Jr’:

Alan Minter is well known for being a bronze medalist at the 1972 Olympics in Munich. He even became the WBA and WBC Middleweight champion in 1980 and spo much more during his extensive fight career.

However, much like Thomas and Ronald Hearns, Ross Minter’s professional fight career never quite lived up to his Father’s great reputation. Although Ross did win the English title, he retired in 2008 with a 17-4-1 (8 KOs) record.

Matchroom Boxing is one of the biggest promotions for boxing, hosting some of the best events in the world. Barry Hearn who already owned Matchroom Sports diversed in to boxing in the late 80’s and his son Eddie Hearn first started working for his fathers business Matchroom Sport in 2004. Barry is now stepping down after 40 years and is being replaced by his son Eddie as chairman of Matchroom Sport and the PDC. Eddie has promoted many fighters in Matchroom Sport, including Anthony Joshua, Carl Froch, Josh Warrington, Amir Khan and many more. To learn more about boxing promoters read our article ‘The life of a boxing promoter’ here.

Bonding with your Kids using Boxing this Father’s Day

Having a common hobby with your child is a great way to bond with them. Why not start with boxing this Father’s Day? As shown above, many Father & son duos have graced the sport over the years, why not you and your son or daughter?

Check out this great video below of a father & son sparring together:

What are the Best Fathers Day Gift Ideas?

For a kickboxing Dad, why not try some of Sidekick’s boxing gifts like:

The Ultimate X boxing gloves are our latest design of the Ultimate glove celebrating our 10 years anniversary.

These boxing gloves come in a range of sizes so they can be used for all kinds of training, from bag work to sparring, in both boxing and kickboxing.

The Ultimate X boxing gloves are made from a very high grade of cowhide leather and are finished in a stunning blue and gold combination.

Want to bond with your kids with kickboxing this Father’s Day? Get your kids kitted out in matching gear to dad with our Kid’s Cobra Series Muay Thai Set.

The 6oz boxing gloves feature a velcro wrist closure for protection, comfort and an easy on/off design. By purchasing this set not only is your child training safe but also saves money too!

To have that amazing father and child bond on father’s day, what better gift than a pair of focus pads to train together with. You can take turns on who will be the striker and see who can throw the most punches.

The Sidekick Club edition curved boxing focus pads are hand crafted to an exceptional high quality. These lightweight and compact focus pads are made from a superior grade of synthetic leather filled with an impact resistant foam padding. They feature a hand mould at the rear and velcro securing strap for a comfort and support.
Sold as a pair.

The Ultimate 3.0 boxing gloves are the pinnacle in boxing glove technology. These are our third and newest Ultimate model, proven to be even better than before! These boxing gloves are in a sleek, modern, dynamic design that contours the hands perfectly and will help improve hand speed and combinations.

Made from a super durable cowhide leather in a real eye catching white, gold and black colour combination and detailed stitched to ensure they will last for years. These boxing gloves are also filled with a high shock reducing padding to absorb the most grueling of punishment.

For more gift ideas, check out our shop here: http://sidekickboxing.co.uk/product-category/boxing-gloves/