Home>Kickboxing and MMA news and equipment>Groin Strikes: Are They Illegal In All Combat Sports? 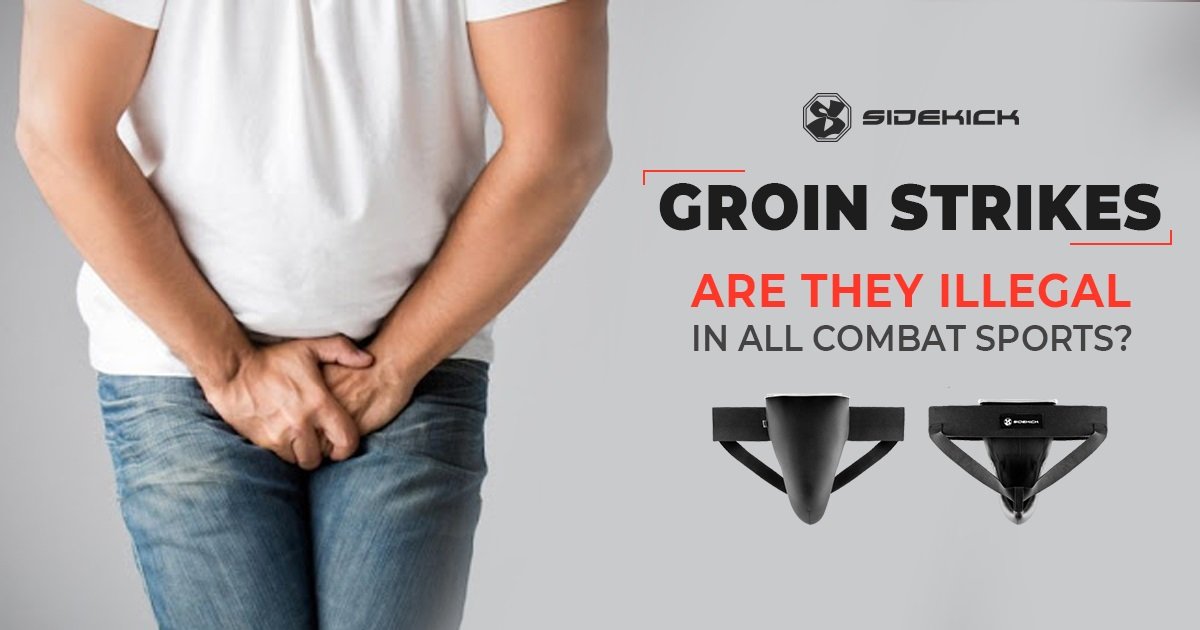 Groin Strikes: Are They Illegal In All Combat Sports?

There is one strike in combat sports we all fear, and that is getting hit in the groin area.

We all know it is a forbidden move as it is absolute agony for anyone and it could cause serious injury, but unfortunately, it can happen by accident.

In boxing, it should be the most unlikely of combat sports to get hit in the groin region as you don’t kick, raise your knees or even jump, so a punch to the groin is entirely careless. However, boxers still wear a groin guard for extra protection. These punches are likely to land in the lower region when a fighter steps over to the side and hooks the body.

When are Groin Strikes most Likely to Happen?

In kickboxing or MMA, it is more likely to happen as low kicks, knees, and grappling makes it easy to catch your opponent where they least expect it. For example, this can happen with a poorly executed inside leg kick.

Even if a fighter throws an accidental strike to the groin in competitions, the referee still may deduct a point. If the fighter’s opponent is injured and unable to continue fighting because of a groin shot, the guilty fighter could lose by disqualification.

Check out this video below about dirty kickboxing techniques:

Why do Groin Strikes Hurt so Much?

The testicles lack anatomical protection and are highly sensitive to impact.

The pain resulting from impact to the testicles travels through the spermatic plexus into the abdomen. After this, any fighter will be out of action for up to 10 minutes. In extreme cases, a blow to the testicle can cause one or both of the testicles to rupture, potentially resulting in sterility.

As you can see, it is something that must be avoided either when sparring or in competition.

For example, last year, the clash between Raymond Daniels and Peter Stanonik resulted in a hospital visit after two kicks to the groin.

‘Stanonik was left writhing in agony, punching the canvas and could be heard crying out in pain as Daniels offered his sincere apologies.

“I hope my opponent Peter is okay. I never mean to hit anybody as far as low blows. Whenever I knock someone out or down, I hope they are okay, so I hope he is okay,” he said.

Check out the video of the fight between Raymond Daniels and Peter Stanonik below:

As you can see, these injuries aren’t deliberate, as groin strikes are a dirty way of fighting. However, this begs the question: is there any way to avoid a groin strike?

How Can I Prevent a Groin Strike?

Here we talk about the dos and don’ts in sparring to prevent a groin shot from happening.

The most important thing is to purchase an excellent quality groin guard. Groin guards will not only protect you if you get hit in the groin region, but the protection will give you more confidence while sparring.

Check out our range of groin protection by Sidekick Boxing here.

Pick your shots. If you are in close contact with your opponent, don’t throw a strike like a round kick as you will clash together and risk one of you getting hit in the groin. It also will not be effective.

If you see your opponent about to throw a round kick, don’t be hasty and immediately do the same as this will make you clash and cause a low blow. Avoid or block the strike and then counter back

If you’re not too confident in delivering a skilful spinning or jump kick, don’t do it while sparring.

If a low groin strike is coming, either bring your knee over like blocking a kick or drawing your hips back, this can help stop a groin strike.