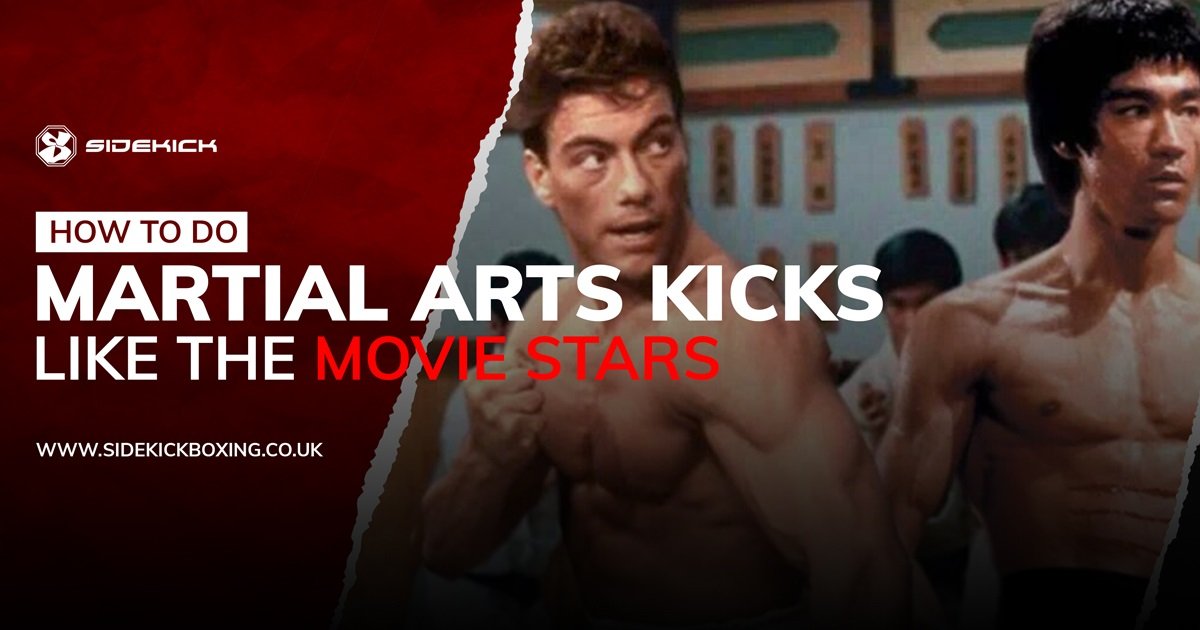 How To Do Martial Arts Kicks Like the Movie Stars

We all have seen and love the famous classic martial arts movies with stars like Jackie Chan, Jean-Claude Van Damme and Jason Statham performing incredible kicks. They make them look so spectacular, that it looks like there no ordinary kick.

So, what martial arts kicks do they do which look so great?

In fact, those kicks are nothing super special and are taught in most martial arts clubs. The movie stars have had years of training and practicing until they get their kicks down to a fine art and with a bit of lighting and special effects, they look even better.

In martial arts, there is only a few basic kicks, however they each have their own advanced version which can be tricky to perform.

To execute the advanced martial arts kicks, It comes down to coordination, balance, accuracy and timing of the kick and one slight blip and it will go horribly wrong. Most martial arts generally perform the same kicks, but different martial arts may give each kick a different name. For instance, in kickboxing they have a kick called the front kick, were others may call it a push kick and in Muay Thai they have what is called a Teep, all of which are used almost identically.

In combat sports, fighters tend to stick with the basic kicks as they are the most effective in a fight, however it is the amount of practice they do to master them which is key. Most martial artists generally have their preferred kicking leg, as they will find some kicks are easier to perform with a certain leg. Daniel Knight of Sidekick Boxing and Knight Kickboxing is a black belt in kickboxing claims:

“As crazy as it may sound, but i think we all have that one bogey kick that we just can’t perfect and mine happened to be the front leg round kick. As basic as it is, i am right handed and left footed and it made it quite hard to get the kick high off the lead leg.”

Some of the flashy kicks that are performed in martial arts demonstrations may be used in more of the traditional martial as opposed to competitive combat sports as certain kicks won’t work as well in a boxing ring.

For instance, some of the jumping spinning kicks require a lot of room and in a 20ft boxing ring with an opponent closing you down, it would be hard to deliver.

So, what are the basic martial arts kicks?

Read our article ‘What are the basic moves in kickboxing? here.

What martial arts kicks do the movie stars do?

Jean-Claude Van Damme is definitely one of the most famous movie stars renown for his special martial arts kicks and has starred in movie classics from the 80’s like Bloodsport and Kickboxer. He holds a black belt in karate as well as have competing in Kickboxing and has also trained in Muay Thai and Taekwondo too. Van Damme was famous for his signature move, the helicopter kick.

Watch the video below for tutorial on how to do it.

Jackie Chan is known for his more light hearted of movies like Rush Hour and The Karate Kid (2010). Even though his films were not as violent as other action movies, he certainly made up for it by taking out groups of baddies with his super-fast martial arts kicks.

Dolph Lundgren is probably most famous for being Ivan Drago in Rocky 4. However, as this was a boxing movie, he didn’t get to demonstrate any martial arts kicks. Lundgren was a karate practitioner and did show off his martial arts skills in Showdown in little Tokyo.

Jason Statham has starred in a variety of different movies, some of which didn’t have any martial arts in like Lock, Stock and Two Smoking Barrels and some were action packed in other movies like Transporter.

Watch the video below to see of martial arts kicks highlights.

Jet Li starred in more of the traditional style of martial arts films like ‘Kiss of the dragon’. Even though he was trained in many styles of martial arts, he is one of few movie star martial artists not to have gained a black belt.

Snipes has been training in martial arts since he was 12 and has a 5th degree black belt in Shotokan Karate and a 2nd degree black belt in Hapkido. He defiantly played the part in the 3 blockbuster movies Blade. Blade is a Dhampir, a human with vampire strengths but not their weaknesses.

Bruce Lee is definitely one of the most famous martial artists of all time. Known for his one inch punch and fantastic martial arts kicks.

After serving in the United States Air Force, Norris won many martial arts championships and later founded his own discipline Chun Kuk Do.

Tony Jaa began training in Muay Thai at the local temple from age 10 and at age 15 he requested to become a protégé of stuntman and action film director Panna Rittikrai. Tony Jaa has starred in many blockbuster hits like Fast and the Furious 7 and The Expendables.

It takes years of practice for the movies stars to perfect their martial arts kicks, so don’t be disappointed if you find it is harder than you first thought. Just keep practicing and you will soon master how to kick like a true martial artist.