Home>Kickboxing and MMA news and equipment>Is Caffeine A Fighter’s Sidekick? 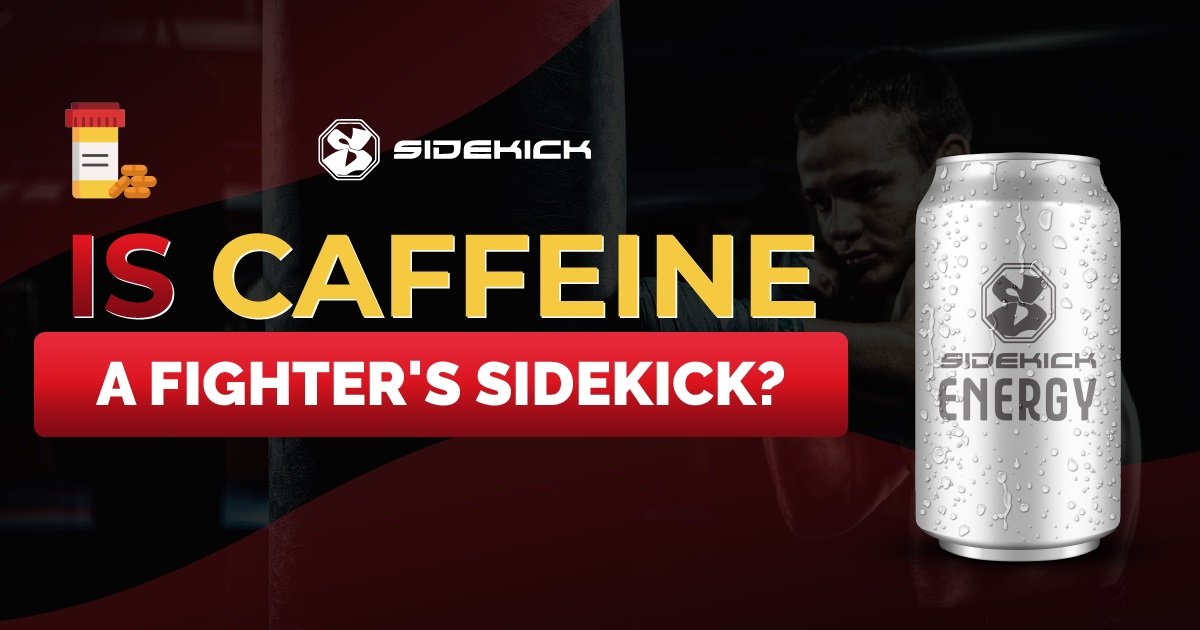 Is Caffeine Good For Athletes?

Is Caffeine A Fighter’s Sidekick?

Many of us enjoy the sweet taste of an energy drink. They give you that feeling that you are going to be buzzing with energy, even when we’re drinking it.

Caffeine is consumed so regularly that Healthlines suggests:

‘Nowadays, 80% of the world’s population consumes a caffeinated product each day, and this number goes up to 90% for adults in North America’

Energy drinks can be just what the doctor ordered for that little pick-me-up when we are feeling a bit tired before work or the gym, as it gives an almost instant buzz. However, it has become quite popular for boxers and other martial artists to use a variety of high caffeine products from caffeine drinks, gels and pills to help them perform better.

However, like with most things, there are pros and cons to drinking caffeine before a workout to help your performance.

Does Caffeine really work for an Athlete or could it Potentially Cause Health Risks?

Caffeine is a central nervous system (CNS) stimulant of the methylxanthine class. It is the world’s most widely consumed psychoactive drug and it is recommended to consume a maximum of 400 mg of caffeine per day.

‘it works by stimulating the brain and central nervous system, helping you stay alert and prevent the onset of tiredness.’

Caffeine has always been a concern of excessive use in most sports and it was even a banned substance by the World Anti-Doping Agency (WADA) up until 2004. We recently saw footballer Christian Eriksen collapse during Denmark’s opening Euro 2020 suffering a cardiac arrest. The doctors are unsure what the cause of this was, so it is a possibility he may have over consumed caffeine performance substances as too much at once is considered dangerous (although the cause of his cardiac arrest is still up for debate),

Unlike many other psychoactive substances, caffeine is legal and unregulated in nearly all parts of the world, so it easy to see why it is so popular with athletes wanting to perform better, as opposed to using banned substances or PED’s. Read our article about the banned substances in boxing here.

Caffeine provides an energy boost within 10 minutes of consumption, but it doesn’t last long as it starts to fade off within an hour, which isn’t ideal for someone needing energy for a long time.

Is Caffeine Useful for Fighters?

Also, for a fighter going into a bout, drinking an energy drink at the wrong time or too early, can cause drowsiness when their energy is needed the most. It takes approximately 10 minutes for caffeine to get in your bloodstream and the effects will start to kick in.

Additionally, caffeine can cause your heart to start racing and this wouldn’t be great for a fighter as they won’t be able to control their energy.

The boost is short-lived, however, and may be accompanied by other problems. As a fighter The time your caffeine level peaks in your bloodstream. You’ll feel more alert as the stimulant starts to affect you, improving not only concentration but also how alert you are.

Check out this video below ‘How Much Caffeine Do You Actually Need? (NEW STUDY) | Strength Training and Endurance’

What Happens When you Drink Caffeine?

Sugar vs Caffeine: Which is better?

Caffeine makes you feel more energized by affecting your brain, while sugar refuels your body’s cells and helps keep you physically active longer.

Some energy drinks contain both and cost as little as 35p per can, however some of the leading brands cost around £2.50 for a large can.

What Drinks are Best for Fighters?

Isotonic Sports drinks, also known as electrolyte drinks, are functional beverages whose stated purpose is to help athletes replace water, electrolytes, and energy before, during and especially after training or competition. Though their effects on performance in sports and exercise has been questioned.

Diabetes.co.uk suggests that there are three main types of sports drink available in the UK:

However, most sports drinks contain between 4-5 heaped teaspoons of sugar per five ounces, so should be consumed with this in mind.

Like everything in life, consuming caffeine in moderation is fine, even for fighters. However, limiting your consumption of caffeine can help improve your performance (as you won’t experience dramatic energy drops) as well as help how you feel overall.

For more information about how to consume caffeine safely when training, check out this video below: