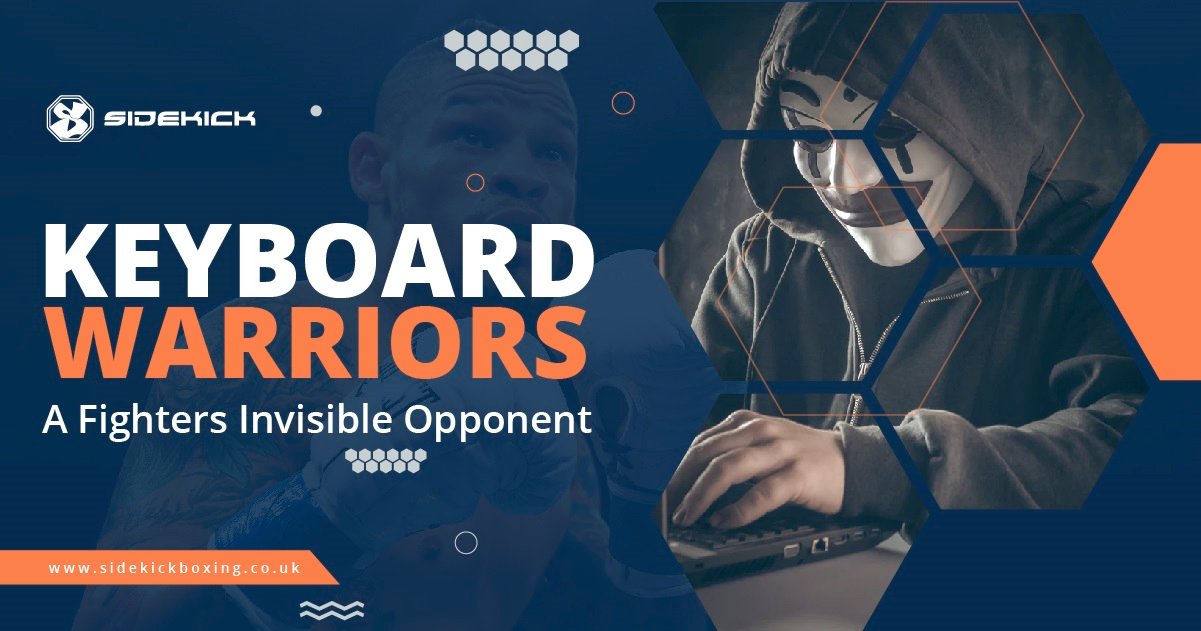 We live in a world we’re everything is public and shared on social media, so much so, people feel they can freely comment negatively as a keyboard warrior on celebrities and famous athletes posts.

In combat sports, with the huge personalities within the sport, fighters may trash talk amongst each other to rub up their rival opponents. However, as the fight fans get to see a fighters character outside of the ring, they may either love or hate their personality, that a fighters social media posts can get completely mixed comments.

For example, Conor Mcgregor has 14 million Facebook fans alone and a single post can get thousands of comments, you would expect those comments on Mcgregors posts to only be positive, yes he is an outspoken person, but it is still on his own fan page. Yet, the comments are 50/50 of both positive and negative.

So, as a fighters social media is public, does it allow people to comment whatever they like?

So they say, everyone is entitled to an opinion, but there is a fine line between constructive criticism to damn right rude. It is perfectly fine to give an honest opinion to a fighter who may of just lost and comment like “Unlucky champ, not your best performance, but better luck next time”, but nasty personal comments will just make someone a keyboard warrior looking to hurt certain people.

What is a keyboard warrior?

A keyboard warrior is someone who makes abusive or aggressive posts on the internet, typically one who conceals their true identity. Keyboard warriors are not just in boxing and other combat sports, their pretty much in everything. A fighter should never have to experience abusive remarks as it could easily effect a person’s mental health. However, most fighters are generally thick skinned and keyboard warriors can in fact boost a fighters profile.

Of course, no one wants or deserves negative comments, but it may help boost a fighters social media profile, as the negative comments on their posts will get further interaction from their real fans and their posts will get totally more exposure. Building a large social presence is a vital way to grow as an athlete as it can help leverage purses and landing big contracts. Read our article ‘Why fighters should blog in 2021’ here.

Also, a fighter reading the negative comments may only use these in a positive way and fuel their fire for success, and as crazy as it sounds a fighter who is hated would more than likely do better than a fighter that gets no interaction from anyone.

Jake Paul is taking the boxing World by storm. He gets nothing but negative comments from the boxing fans suggesting he is nothing but a Youtuber, yet in reality, he looks like a man on a mission and he is out to prove the haters wrong. It’s this type of person that will become a champion. Also, the fact that he has millions of YouTube fans and all the boxing haters, it is making him one of the most talked about boxers on the Internet and everyone is wanting to watch him fight for good or the bad.

One particular fighter you would never expect to get keyboard warriors is Mike Tyson, but he also has had his fair share of negative comments. Tyson who is known for his famous once quote, “Everybody has a plan until they get punched in the mouth,” shared a new version targeting who might have a bit of the keyboard courage.

“Social media made you all way too comfortable with disrespecting people and not getting punched in the face for it” – Iron Mike Tyson.

Even Anthony Joshua is also prone to virtual abuse as many people randomly try to put him down with comments like “Clown, Fury will beat you”.

So, why do keyword warriors feel the need to comment?

It’s generally in their nature. Often, they can be people who have been abused or are suffering abuse themselves and they project their own misery onto others in the form of written abuse. Let’s be honest, to feel the desire to comment inappropriate remarks on someone’s posts, they must have their own issues. What satisfaction can one really get from being a keyboard warrior? Not only that, these keyboard warriors would not be brave enough to say it to a fighter in person.

Online abuse is becoming a concerning issue, not just for fighters, but for anyone who has a social media account and experiences hurtful comments. However, for some fighters they seem to thrive of the negativity of others.

As mentioned earlier with Conor Mcgregor, his social media generates mixed views and it is probably because he seems to subtly drop a grenade in on his haters by boasting how much money he has and how he is the best paid athlete this year according to Forbes. It leaves people fired up, they need to comment.

One guy thought he would try and wind up McGregor back and remind him of one of his defeats by posting a picture of him getting punched in the face.

We have previously sponsored a fighter who certainly likes to stir the pot, kickboxer Andrew Tate. He had a way of making people hate him, but strangely enough, he seems to enjoy it. However, fighters acting inappropriately can affect the fighters sponsors, as the haters can also feel strongly about the endorsed company.

It would be interesting to ask the top level fighters to ask them personally if the keyboard warriors affect them.

Online abuse and trolling is not a nice thing to do. Even if you may dislike a particular person, their shouldn’t be the need to comment negatively.

Also, as the top level fighters like Mcgregor are seen as role models, it is important they keep professional and not give other fighters online abuse, as it doesn’t set a good example for the younger generation.

Hopefully Facebook and other social platforms will find a way to stop the keyboard warriors from doing it.