Home>Kickboxing and MMA news and equipment>Krav Maga: Is It The Deadliest Martial Art? 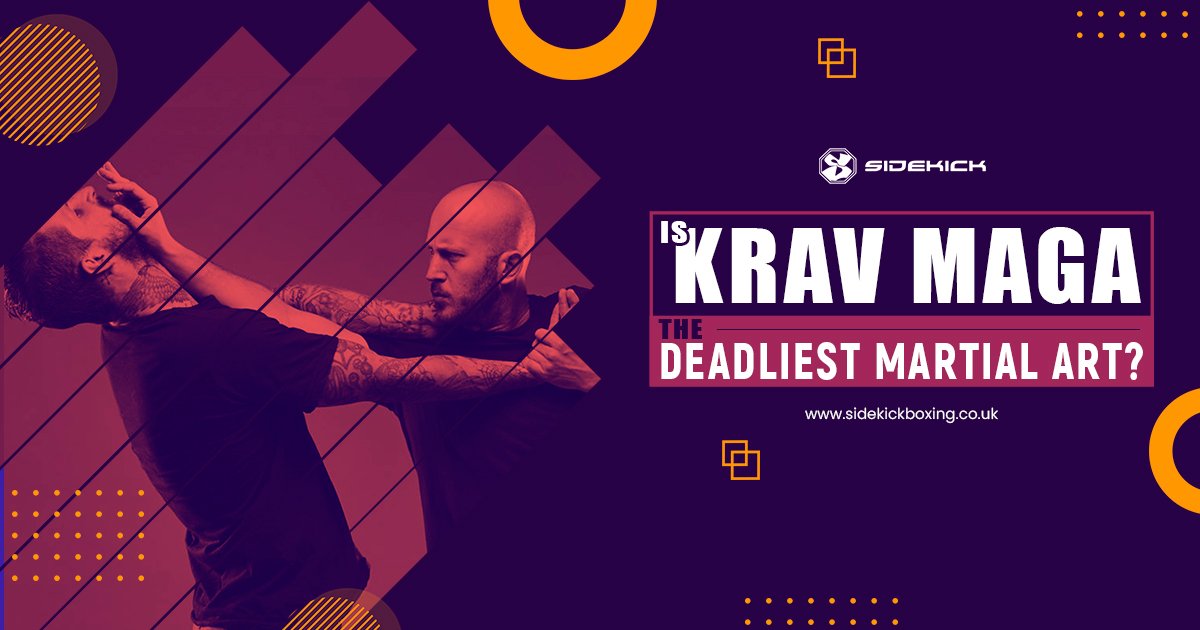 Krav Maga: Is It The Deadliest Martial Art?

When people look to start a martial art for self-defence, they want the most effective discipline that will give them the confidence they need to work in a real-life situation. Every martial art and self-defence training all specialise in their unique training style.

Some are designed for fighting competitively in a sport, and others are for defending in the unfortunate situation of getting attacked. So, a newbie would need to look at what classes would suit them the best. Those who are keener to go down the self-defence path often choose the art of Krav Maga. Krav Maga has become so popular because of the effectiveness of military techniques that many particularly search for their nearest Krav Maga club rather than choosing any other martial art style.

What is Krav Maga?

The Israeli Defence Forces use Krav Maga as the official hand-to-hand combat system. It is widely recognised as the most practical and effective self-defence system available. It is used extensively by military and law enforcement agencies; Krav Maga is renowned for tough, realistic training, intense sessions, and simplicity.

‘Krav Maga is a very modern and practical style of self-defence that is the only style worldwide known as an art of self-defence and not as a martial art. Krav Maga isn’t about being a tough guy; it’s not about learning how to fight in a ring; it’s about going home alive no matter what the situation. Krav Maga is a survival system dealing with personal safety issues in the context of defending against both armed and unarmed attackers. Krav Maga integrates instinct-based self-defence tactics, with a strong curriculum that trains aggressiveness, fighting spirit, situational awareness, and verbal de-escalation of conflict.’

Take a look at the video below about using Krav Maga in real-life situations:

Krav Maga teaches you a real-life fighting scenario without any rules.

Krav Maga training is very intense because of the way the instructors develop their training. This is because instructors intend to simulate the pressure of being in a fight in real life. Instructors often use tricks to play with your fears and create adrenaline.

These are often things like insults, being hit from behind, yelled at or other underhand tactics. This is because these are often things that someone would face in a real-life face-to-face street fight. Although these types of techniques seem risky, Krav Maga is created in order to be safe to train.

Often, the training techniques in Krav Maga try to use weapons as well as multiple attackers too.

‘Krav Maga puts a lot of focus on weapons and how to defend against them. It teaches you how to fight someone who has a knife or any other weapon in their hand. So expect to use various and plastic weapons in training.’

On the flip side of being taught in a safe environment with fake weapons, many believe it has become commercialised to cater for more people. You will still learn military techniques, but it won’t make you a soldier. Let’s face it, a day of the life of a soldier or special force cannot be taught in a class. There is only one place to learn real military techniques and be conditioned like one, and that’s in the military itself.

Check out this video below about starting Krav Maga and training for 30 days for a quick overview of the fighting style and training programme:

Will Krav Maga work in self-defence?

Krav Maga has got some great strategies that will undoubtedly help in self-defence. However, as with any martial art or self-defence training, when it comes down to how effective it is in a real-life scenario is determined by two factors.

The coach or sensei teacher needs to be knowledgeable and skilled enough to teach students. Also, the student learning Krav Maga has to be dedicated to training and pushing themselves to the limit.

To put in perspective, if someone trains at a non-contact boxing class for years and then goes into a fight, the chances are they wouldn’t do very well.

Pros and Cons of Krav Maga

Check out some disadvantages of Krav Maga below:

Funny enough, both Krav Maga and Muay Thai were designed by the military for combat, as Muay Thai originated by the Thai army for use in Battle. However, Muay Thai has become a national sport, whereas Krav Maga was formed as a self-defence system.

Both training styles are just as good as each other, and it all depends on the personal preference and the individual goals to which is better suited. Krav Maga and Muay Thai would both be highly effective in a self-defence fight.

‘The style consists of street survival tactics that include a hybrid of mixed martial arts techniques also utilised in boxing, karate, judo, ju-jitsu, muay Thai, as well as a number of less well-known styles. However, it is one of the few fighting styles in the world which adapts to the student rather than expecting the student to adapt to it, teaching students to build on their natural reflexes. In an assault situation, an individual has the right to use whatever techniques necessary to defend themselves. For this reason, there are no competitive tournaments, katas, rituals, or choreographed routines in Krav Maga.’

Yet, if you were to be attacked by weapons, Krav Maga would be more beneficial than Muay Thai. To read more about Kickboxing for self-defence, read our article here.

Krav Maga is an excellent source of training for many reasons. Whether it be to get fit, have lots of fun and all while learning self-defence techniques. Or, to learn something a bit out of the ordinary, Krav Maga could be for you.

Before attending your nearest Krav Maga class, please do some research to ensure it is at a credible club.