Home>Kickboxing and MMA news and equipment>Kyra Mogwai Batara: MMA is in Her Genes 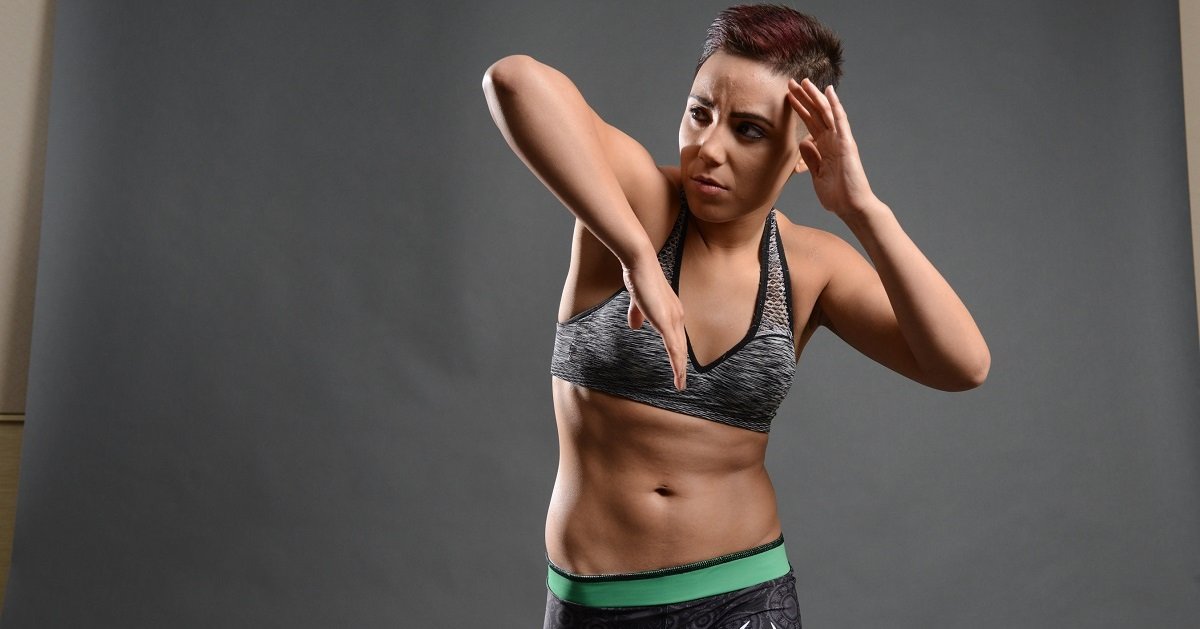 Kyra Mogwai Batara: MMA is in Her Genes

Whenever we sponsor a fighter, we are always passionate to follow their career and watch them progress and achieve their goals, and Americas female MMA fighter, Kyra Batata is no exception. Kyra has a fun charismatic personality and she is always respectful to her opponents, however she is certainly not shy after some of her most recent social media posts.

So, Who is Kyra Batata?

Kyra Batara, also known as Mogwai (meaning monster, or demon in Cantonese) was born in 1994 and is a professional female mixed martial artist from Oregon, USA. Kyra was introduced to martial arts along with her brother Dominic in 2008, by her father Dean Batara and they both have never looked back since. Kyra has competed in various disciplines and made her pro MMA debut fight in 2014 on BAMMA Badbeat 12, which she successfully won by an armbar.

Before Kyra turned pro in MMA, in 2013, Sidekick had the privilege of first sponsoring her, providing a matching purple MMA set aswel as other items, including boxing gloves, shin guards and Thai shorts.

We jumped at the opportunity to sponsor Kyra as our female fight gear was booming in popularity across the USA and Kyra was an up-and-coming MMA fighter, which made her a perfect fit for the brand. Kyra was only 19 years old at the time, yet her dedication and passion for martial arts is something we wanted Sidekick to be a part of.

Kyra’s father trained himself at Team Quest in Portland, Oregon and that is where he introduced Kyra to the world of martial arts and she now holds an impressive pro MMA record of 8 wins and 4 losses. Previous to MMA, Kyra had tried several other sports like basketball, soccer, competitive cheer and dance but nothing came near to the passion that MMA gave her.

Kyra has travelled throughout the USA to ensure she has the best coaching staff on-board, so her skills are honed to the highest calibre. Kyra has trained under some of the best coaches in the USA, including black belt Jiu-Jitsu coach and founder of 10th Planet Jiu-Jitsu, Eddie Bravo, who also has had regular appearances on ‘The Joe Rogan Experience’. Former MMA fighter Scott Epstein also trained Kyra at the the 10th Planet dojo. The other MMA gym Kyra is associated with is Marc Laimon’s Cobra Kai gym in Las Vegas.

Kyra’s biggest strength is wrestling which she has always had a passion for and she is always on the mats. She had spent a lot of time at the USA School of Wrestling in Portland, Oregon to train under Bobo Umemoto. As Kyra has travelled to California, she has been fortunate to have strong ties with Urijah Faber’s Ultimate Fitness, Gracie Jiu Jitsu Rancho Cucamonga, King’s MMA, Black House, 808 Boxing and Team Punishment and has shared the mats with Marcelo Garcia, Rafael Cordeiro, Tito Ortiz, Meisha Tate, Team Alpha Male, Wanderlei Silva just to name a few.

Kyra is not only very talented, but also very tough, making her one hell of a mma fighter and her last 4 fights have been consecutive wins.

Kyra Batara defeats Vanessa Rico Fernandez via Submission at 3:46 of Round 2.

Kyra Batara defeats Francis Hernandez via Submission at 2:55 of Round 2.

Kyra was set to fight Lena on Bellator 261 in June this year, but the bout was cancelled as her corner team tested positive for covid. Lena is also a fighter we have known for a long time, as we met her at a WKF referee course in Vienna, Austria many years ago and their were talks of a possible sponsorship. Kyra vs Lena would be a fantastic fight, as both fighters are very tough and have come from different martial arts backgrounds.

Kyra has had a long time out of the cage due to the pandemic, so hopefully we will get to see her back in action anytime soon. It would be great to see her have a title fight, or who knows, one day she may be signed to the UFC.