Home>Kickboxing and MMA news and equipment>Logan Paul Fights Pound for Pound Boxers: Will It End Badly? 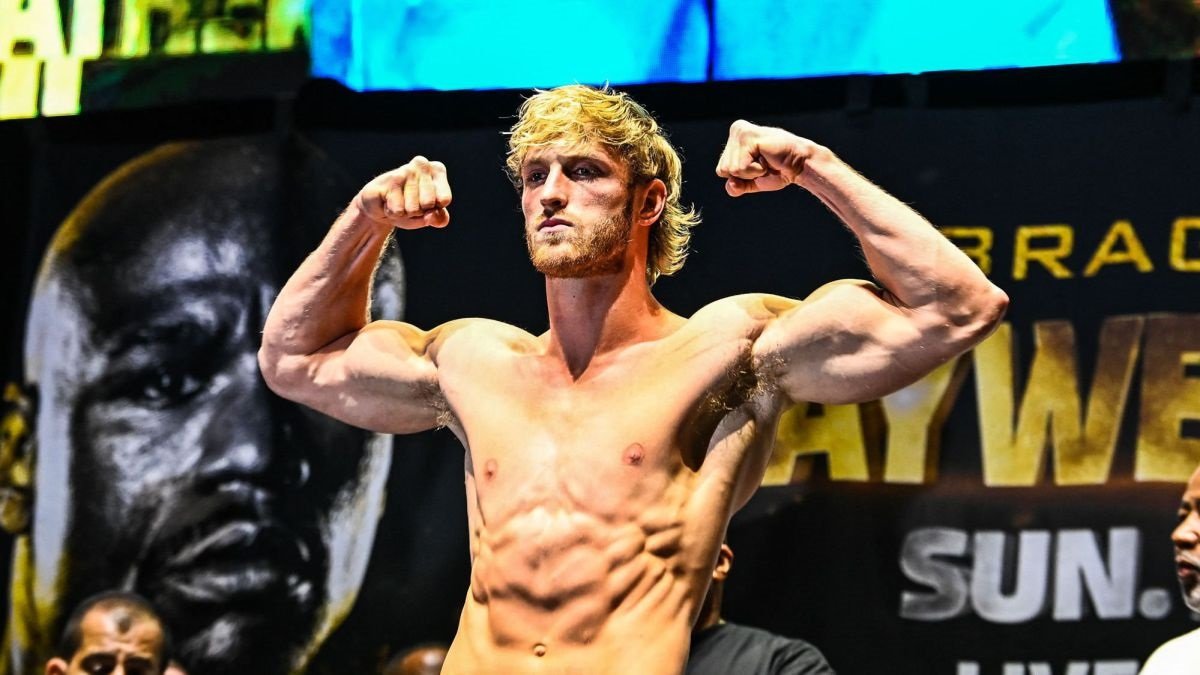 There are two brothers who claim they are the biggest names in boxing today, the Paul brothers, and it is understandable to see why. It is not because they are anywhere near the best boxers in the world, but because the famous YouTubers are calling out some of the best pound for pound boxers to fight. For those who are not sure, a pound for pound boxer is considered one of the best fighters of all time regardless of their weight.

We recently witnessed Logan Paul vs Floyd Mayweather in an exhibition fight which, if anything, he did himself proud to last the duration. However, Logan Paul is now planning to fight Mike Tyson, who was once regarded as the baddest man on the planet.

Is Logan Paul Mad to Get into the Ring with Mike Tyson?

Getting in the ring with Mayweather is one thing, but taking on Mike Tyson is entirely different. Even though they are both great pound for pound boxers, Mayweather is a middleweight, not known for being a knockout artist.

The fight was considered a light sparring session, with many viewers upset by the fight. The Guardian suggested that:

‘The fight ended in boos from the crowd, most of whom had either paid to see a shock or see the often odious Paul get his comeuppance. What they had got was a light sparring session with Mayweather unwilling to risk ruining his flawless record by opening himself up to a lucky punch.’

Mike Tyson was called the baddest man on the planet for a reason, as most of his opponents would usually find themselves scraping themselves back off the canvas. Tyson may now be in his 50’s, but surely a Youtuber with his little boxing experience would have to be crazy to get in the ring with iron Mike, especially as you can see, he still has that almighty power.

At the moment, nothing is finalised, so it could be a lot of banter from Logan Paul and may, deep down, not be keen to fight him. Otherwise, he must genuinely believe he could win as surely he would think of other ways to get the YouTube views on his channel.

So, who is Logan Paul?

Logan Paul is an American Youtuber and actor born on the 1st April 1995. Logan Paul is the brother of fellow YouTuber Jake Paul, who is soon fighting professional boxer Tommy Fury next month.

You can read our article ‘Tommy Fury vs Jake Paul’ here.

Logan has over 23 million YouTube subscribers, and now he is making a name for himself in boxing. He only has the one fight on his professional boxing record as exhibition fights don’t go down on a record.

How did Logan Start Boxing?

Paul did do wrestling when he was in high school and was very talented but never was taught to throw a punch. Logan Paul’s first time boxing was when he fought British YouTuber and musician KSI. According to the fans, Logan Paul fighting KSI has changed the boxing game for the good and the bad. The two huge Youtuber stars brought in such an audience it gave boxing more fans, but on the flip-side, it has made YouTube fights a popular type of boxing fight.

The fight was streamed on their own YouTube channels for a paid subscription, and according to an estimate, the total revenue is believed to be 150 million pounds.

Their first fight was an amateur bout, and considering they are novices, it was quite a good performance from both fighters.

There was a lot of dropping of the hands from the very start, but it was an active fight, with both men looking to win. There is one thing Logan Paul does have, and that’s confidence.

Self-belief in a sport like boxing is what will get you places as there are many struggles along the way that need to be overcome. The fight ended in a majority decision draw, leaving both fights wanting a rematch, but this time as a professional bout.

The rematch was again in front of millions of global fans. The YouTube boxing grudge match between Britain’s KSI and his American rival Logan Paul produced a superb sporting spectacle in Los Angeles, perhaps surprisingly for their YouTuber fans.

KSI won the tear-up on a split decision and the fight got a lot of controversy after Paul was deducted two points for hitting his opponent on his way down.

Logan Paul vs Floyd Mayweather (Pound for pound no.29 off all time)

There was only one reason Floyd Mayweather accepted to fight Logan Paul, and that was money. After all, they don’t call him Money Mayweather for nothing.

Surprisingly enough, even though Logan is quite a novice in boxing, with his huge following, he is one of few that could make a fight generate enough money for Mayweather to agree to fight. The downside for Mayweather was he had to put up with the shenanigans of the Paul brothers, and Jake Paul raged him when he knocked off his cap.

The fight was the mismatch of the decade; Logan looked twice the size of Floyd and towered over him. Logan Paul did everything he could against the great Mayweather and was constantly pushing forward to land shots; however, most of the time, he was unsuccessful.

Mayweather was not throwing a lot of punches in the first half of the eight rounds. He cleverly saved his energy, knowing that an inexperienced fighter like Logan would soon gas out and then can quickly get inside of Logan’s long reach.

Logan Paul vs Mike Tyson (Pound for pound boxer no.46 of all time)

Mike Tyson fights entirely differently to Mayweather; he won’t fight defensively biding his time. Unless we see a different Tyson, or his signed a no knockout contract, he will probably take Logan Paul out in the opening round. Logan Paul vs Mike Tyson shouldn’t go ahead; even though Tyson is in his 50’s and Logan has his youth, he still would be a dangerous fight for Logan.

These exhibition fights may generate a lot of interest from all around the world and from both of the fighters fans. They generally don’t deliver a magnificent boxing performance. Yet, they could be seen as a bit of fun as they are not for boxing titles or ranking.

Mayweather even suggested that: “I did an exhibition with the YouTuber Logan Paul. We had fun. People have gotta know, there’s a difference between a real fight and an exhibition,”

But, as the saying goes, you don’t play boxing, and dangerous fighters like Mike Tyson could only end badly. What’re your thoughts? Put them in the comments on our Facebook post here.

Check out the full fight here: