Home>Kickboxing and MMA news and equipment>Was Mike Tyson The Baddest Man On The Planet? 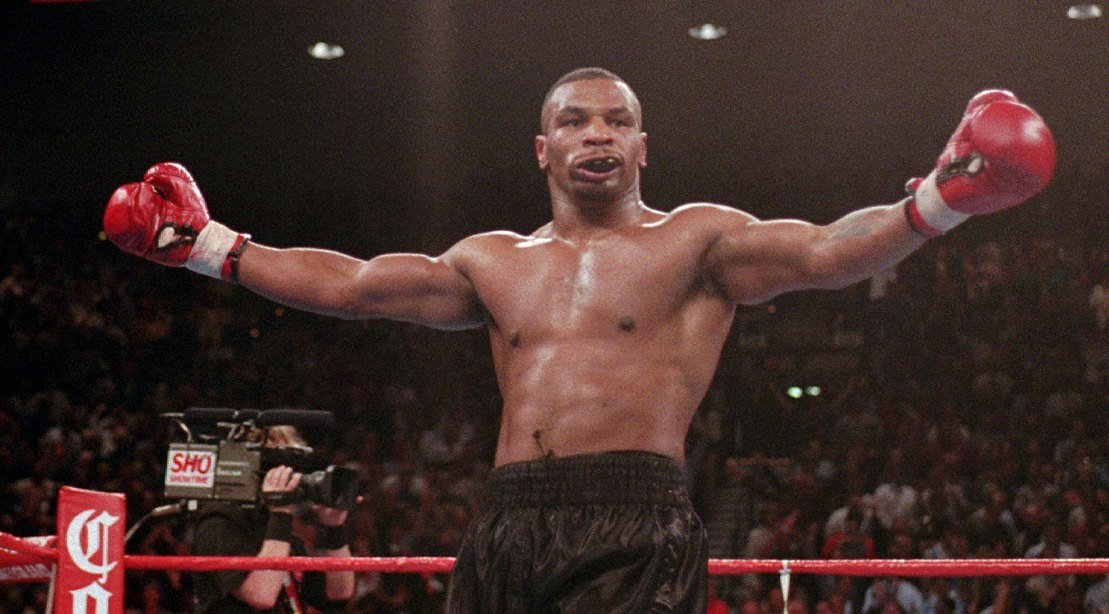 Was Mike Tyson The Baddest Man On The Planet?

Mike Tyson was once one of the most feared men in the world, not just in the boxing ring, but by literally anyone who knew of him. He looked aggressive, he was aggressive, and anyone brave enough to stand in front of him would know precisely what it was like to get punched by iron Mike.

Tyson was an exceptionally talented boxer, and he had more fights than an average pro boxer, became a world champion and was a total knockout artist, but for many enthusiasts, he is not in their top 10 boxers of all time.

‘Tyson had a very difficult upbringing, and aside from boxing his love for pigeons also gave him a sense of perspective and peace.

So when the boxing icon witnessed the said binman dumping a crate with his favourite pigeon, who had just died, into the trash – all hell broke loose.

And, naturally, Tyson floored him with a ‘titanic right hand’.’

So, was Mike Tyson one of the Best Boxers ever?

Tyson is one of the best boxers ever, and depending on how you rank a fighter’s career, he could even be considered within the top boxers of all time. Tyson is one of our favourite fighters, for sure, and there is a lot of uncertainty as to how great his legacy could have been if his personal life didn’t intervene with his boxing career.

In Tyson’s early years, he was unbeatable. He had the speed, the strength and an unusual yet fantastic movement that it was only a matter of times before his opponent would be on the receiving end of a gruelling uppercut.

‘Tyson reached his peak during the 1980s. He dominated the second half of the decade like few boxers before him. For five years his fights were a string of almost uninterrupted KOs and technical knockouts, where the referee had to stop the fight because Tyson’s opponent could not continue.’

Tyson’s style was not of a traditional boxer, he would move in from side to side, and he was unpredictable for his opponents. He had 58 professional fights with 50 wins, and Tyson had 37 consecutive wins before experiencing his first professional loss.

Out of Tyson’s 58 fights, 44 of them came by knockout win, giving him an incredible knockout percentage of 76%. At just the age of 20, on November 22 1986, Mike Tyson became the youngest ever world champion after knocking out Trevor Berbick in just five minutes and 35 seconds.

Mike Tyson’s career was looking exceptionally promising, but in 1985 it had a turn for the worse, and he wasn’t going to be the same again. Tysons boxing coach Cus D’Amato passed away, and his death left Tyson without a father figure.

Some have said that D’Amato’s death contributed to Tyson’s later problems outside of the boxing ring, as a fighters coach plays a much more critical role than they sometimes get credit for. A Fighters coach will teach them the skills of the sport and give them vital advice between rounds, but a coach will mentally prepare a fighter for a fight and give them the self-belief they need when facing a challenging opponent.

The mental strength a coach can give a fighter is what can make them a champion, and this is what D’Amato did for Tyson. D’Amato believed in Tyson so much that he would be a champion; Tyson thought it himself. It’s not when he passed away, Tyson wasn’t ever the same again, and he started to go down a dark road.

In 1988, the famous and ruthless boxing promoter Don King led Mike Tyson from his team and signed him as his fighter. In 1990, the boxing world saw one of the most significant shock defeats when the underdog Buster Douglas beat Tyson in a World championship fight. Mike Tyson was more and more going off the rails taking drugs, violence and in 1992, Tyson got sentenced to 6 years in prison for a rape charge, serving only three years for good behaviour.

After being released from prison in 1995, Tyson was keen to get back in the ring and regain his boxing World titles. Tyson and Don King were making tons of money, but as Don King didn’t have Tyson’s best interests at heart, in 1998, they had a significant falling out, which led to a $100 million lawsuit.

Mike Tyson has always openly admitted to taking recreational drugs like cocaine. Before a fight, he would tamper with his urine samples to fight when he had to provide a clean urine sample.

However, Tyson denies ever using performance-enhancing drugs (PEDs) like steroids. When he was set to fight Holyfield, he accused Tyson of using steroids but suggested he was only repeating what an unnamed individual told him.

One of the best ways to get to know a person is to listen to what they say. Below are some great quotes from Tyson:

‘I don’t try to intimidate anybody before a fight. That’s nonsense. I intimidate people by hitting them.’

‘When I fight someone, I want to break his will. I want to take his manhood. I want to rip out his heart and show it to him.’

‘I’m the biggest fighter in the history of the sport. If you don’t believe it, check the cash register.’

Although this fight was a defeat of Tyson’s, it still goes down as one of his most memorable fights because of the improbability of his defeat. At the time, Douglas was more or less an obscure fighter who, although was a solid professional fighter, was only number seven when matched with Tyson.

However, as a result of Douglas’s defensive plans, he thwarted Tyson’s well-known aggressive fighting style in the ring. In the tenth rounds, Douglas hit Tyson with a powerful uppercut, opening him to a flurry by Douglas which resulted in his defeat.

In his rematch against Holyfield, Tyson bit his opponent’s ear. Whatever the reason for Tyson biting Holyfield’s ear, in the third round, Tyson decided to, quite literally, bite the bullet and bite a chunk of flesh off of his opponent’s right ear. Even though this was a clearly painful thing to happen, Holyfield continued fighting and the referee decided to let it continue too.

The worst part is, during the same fight, Tyson did it again. Thankfully, this time it only inflicted a small injury with a scratch to his left ear. The referee disqualified him because of this.

Holyfield’s consensus was that Tyson realised he was going to lose and decided that he would prefer to go out with disqualification rather than by a KO.

At the time of this fight, although Tyson had a lot of title belts behind his name (including WBC, WBA and IBF), he was not the undisputed heavyweight champion as Spinks held the The Ring magazine title which meant that he was the linear champion. This is because Spinks took this title from Larry Holmes in their 1985 fight but lost the IBF belt for declining to fight its preferred challenger.

Spinks really thought that he could handle Tyson’s wild side when he stepped into the ring. However, after ninety-one seconds in the ring, Spinks was helpless against Tyson. After this fight with Tyson, Spinks never fought again.

Mike Tyson is certainly one of the greatest boxers of all time and he still gets compared to the current champions today. To think also, in most of Tyson’s fights he wasn’t fully prepared and in his best shape. It makes you think how potentially great he could of been as a fighter, if it wasn’t for his personal life affecting him as much as it did.