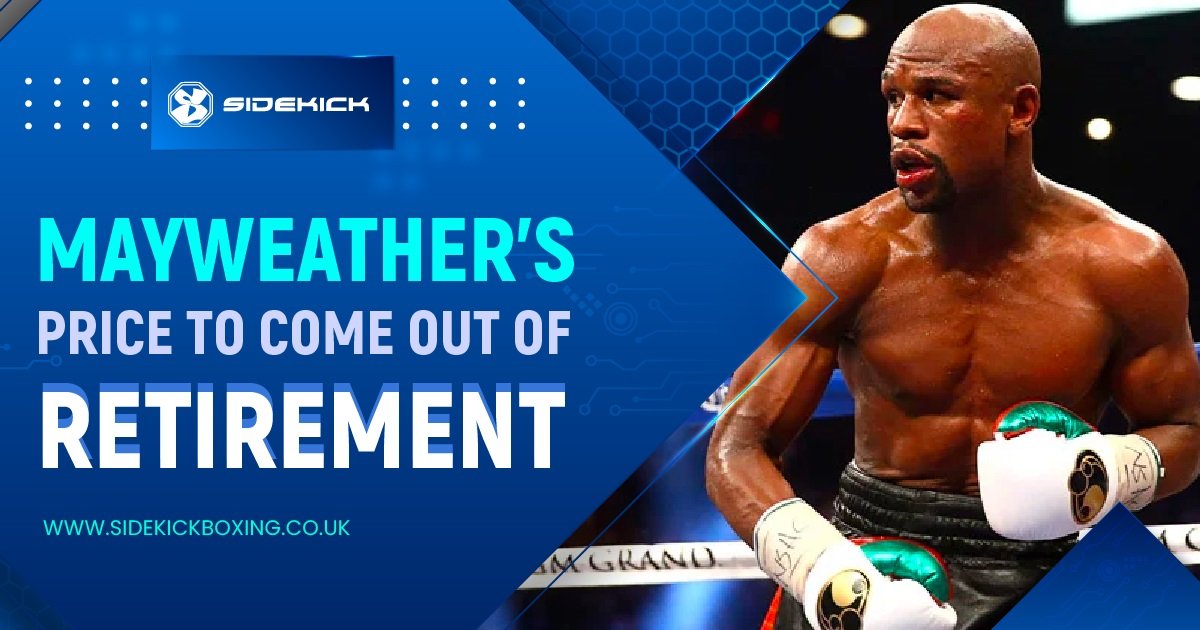 It is the latest headline in boxing; Mayweather is planning on coming out of retirement for his 51st professional bout. But let’s be honest, with his exhibition bouts and regular fight talks, has Floyd Mayweather ever been in retirement in the first place?

Mayweather has been announcing retirement plans since 2007 but made it more official when he became 49-0 following his defeat of Andre Berto in 2015. However, with the fight talks between Mayweather, the boxer vs Conor McGregor, the MMA fighter, it drew in so much hype globally.

It was a no-brainer for Mayweather to dust off his gloves and get back in the ring for what was seen as his last ever professional bout in 2017.

Since his last professional bout, Mayweather has remained active and has fought Japanese kickboxers Nasukawa, Youtuber Logan Paul and Don Moore in exhibition bouts. Exhibition boxing bouts don’t go down on a fighter’s professional record, so win, lose or draw, it’s not recorded. So, even though Mayweather has been boxing, he is still considered retired.

Floyd indeed showed how a boxer could easily outclass a kickboxer when they don’t have the use of their legs. Nasukawa is a Rizen and Rise kickboxing world champion and is ranked No.2 pound-for-pound kickboxer in the world according to Combat Press.

It was to be a 3-round exhibition boxing match. “There was a penalty clause in the contract of an undisclosed amount if he is to use any moves of an MMA nature.” In other words, if Tenshin had the urge to throw a kick, he would be heavily fined.

Nasukawa landed the first punch of the fight, but Mayweather Jr retaliated with a left hook that immediately sent Nasukawa to the canvas. Within 140 seconds of the one-sided fight, Nasukawa was knocked down three times in the first round, and his corner subsequently threw in the towel.

The Mayweather vs Paul was a 7-round exhibition fight on the 6th June 2021 in Florida. Billed as ‘Bragging rights,’ the fight made huge headlines as the Paul brothers were up to their usual antics. Logan’s brother Jake also gave the fight great press by snatching Mayweather’s baseball cap off his head, causing a heated breakout.

The fight was unusual and comical as Logan Paul is much bigger, almost towering over Mayweather. But even with the size difference, most had written Logan Paul off.

However, Paul did hold his own and managed to last the duration against the pound-for-pound fighter. Paul even had some moments where Mayweather was forced to cover up.

Floyd Mayweather Jr. returned to the ring Saturday 21st May for an eight-round exhibition fight against the undefeated Don Moore at Etihad Arena in Abu Dhabi. Don Moore is a former American professional boxer known as ‘Dangerous’. Moore is also an undefeated boxer as in his 19 competitive bouts, he won 18, with only one draw.

The fight went the distance, and being an exhibition; it wasn’t judged to determine a winner. However, according to MMA Fighting, Mayweather had an impressive showing in his first match since he fought former YouTube star Logan Paul last June.

In the second round, Mayweather turned it up a notch with more movement and footwork and finished with a body shot and a couple of jabs.

Mayweather soon found his rhythm, which led to Moore having a hard time finding him. Mayweather was elusive as usual while pumping his jab out. Moore did manage to land a few shots, but they did nothing to rock Mayweather. In the final round, Moore got dropped with a body but managed to survive the 10-count and the bell, despite Mayweather’s efforts to try and finish the fight.

Has Mayweather Come Out of Retirement?

After the Moore bout, Mayweather teased another potential fight in 2022, yet this time a sanctioned event, making it his last professional fight since McGregor in 2017.

Floyd Mayweather has recently claimed he would need $200 million to return to the ring in a sanctioned professional bout.

Mayweather had an incredible 50-0 record sharing the ring with Manny Pacquiao, Canelo Alvarez and Oscar De La Hoya. And now rumours are circulating of a potential rematch with Conor McGregor.

So, Why is Mayweather Fighting Again?

It’s plain and simple, money! Money is probably the only thing that makes the money-Mayweather tick. Despite not competing since 2017, Mayweather remains one of the sport’s top pay-per-view draws and has participated in the two most popular fights. Mayweather asserted that he makes an astounding $300 million every month thanks to his career, which is flourishing outside the professional ranks.

“I will continue to give back to the sport of boxing in my time, and I will also give back financially because I got it,” Mayweather said at his first ballot induction after being named to the International Boxing Hall of Fame. To my team, my guys in New York, and my other real estate team that’s here today, we can’t be stopped. In 32 months, I put myself in a position with a smart business team to make $300m a month.”

The only downside is, do the fans want to see him again?

Mayweather has nothing to prove, so many won’t get too excited unless it is a highly ranked opponent. Not only that but as talented as Mayweather is, he is not the most thrilling fighter to watch. He is not a knockout artist.

Amir Khan and Manny Pacquiao, both eager to square off against Mayweather, are among the opponents who have stepped up for future prospective matches. There were rumours that the legendary boxer was in talks to renew his fight with McGregor, but UFC president Dana White has since shot down the notion.

Throughout his career, Mayweather has changed his mind several times about retiring, notably before the McGregor fight and after defeating former WBA interim champion, Andre Berto. A fourth unretirement from professional boxing after three previous ones may not be improbable. 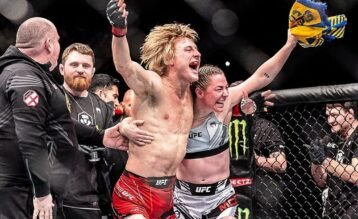