Home>Kickboxing and MMA news and equipment>Mixed Boxing: Men vs Women 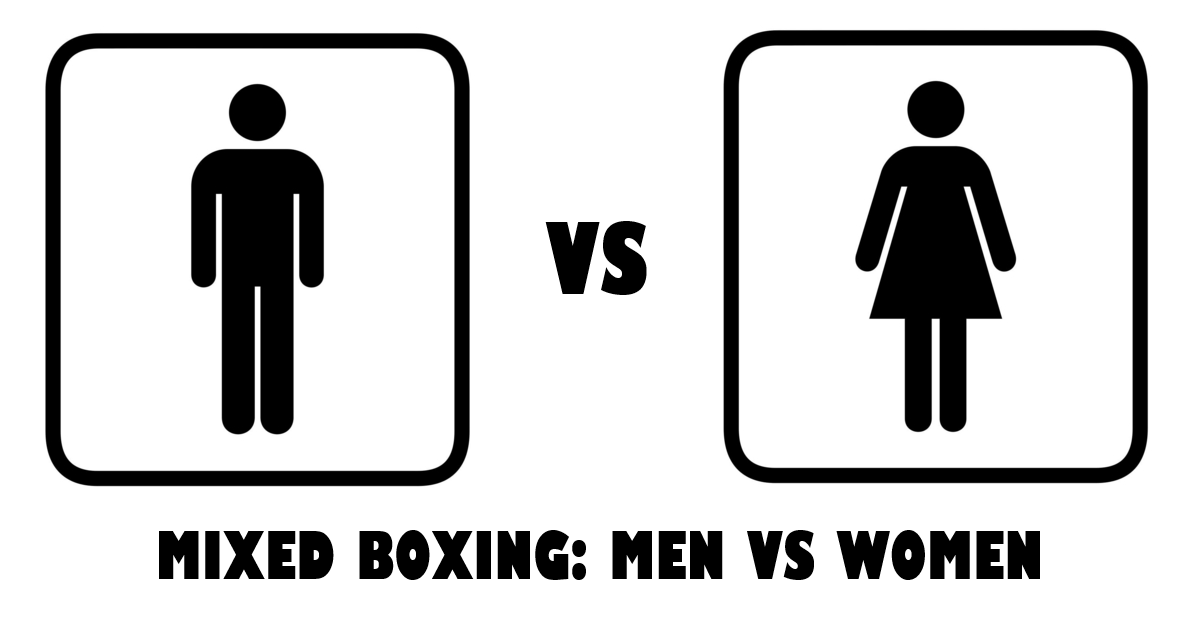 Over the generations, women have fought for equal rights to men, which is only right, as after all we are all human. Women are more than capable of doing what a man can do, so how would women vs men compete in sports together?

In more recent years, we are becoming a more non-binary world we’re people don’t want to accept a gender of male or female. Even on Joe Biden’s first day in office as the U.S president, he delivered an incremental victory for transgender athletes seeking to participate as their identified or chosen gender in high school and college sports.

However, this is causing speculation regarding mixed sports, but how exactly would a woman do against a man, especially in a physical contact sport like boxing.

Women vs Men: Can we Compete Against Each Other?

In general, men have higher levels of testosterone than women, which is a hormone responsible for building muscle.

The British Journal of Sports Medicine suggests that:

‘After puberty, testosterone gives male athletes a competitive advantage over female athletes. Because of this, female sports are considered a protected category to ensure fairness in competition.’

Women produce both testosterone and estrogen, but only relatively small quantities of testosterone. So, scientifically, men can perform physically much stronger than women.

However, it doesn’t mean men are better, it is just that they are made differently. For example, if you take a look at the 100 metres and the world records, the men’s 100m world record holder is Usain Bolt, with a time he set in 2009. The record stands at 9.58 seconds.

For the women, American Florence Griffith-Joyner set the world record way back in 1988, with an effort of 10.49 seconds. As you can see the women’s is slower, but not by a significant amount.

However, this doesn’t mean a woman can’t have the same skill, if not better than a man. You only need to watch women fight to see their talent is amazing, but is their skill enough to beat a man or is it such a grey area we shouldn’t go down?

Can Men and Women Compete Against Each Other?

The reason for the differences in number of rounds and round times as said by major world boxing associations such as the WBC is based on; “physiological, psychological and physical differences between women and men.”

Other reports have said that the differences in terms of rounds are to accommodate certain skill levels and experience for women in the sport compared to men.

Women don’t win anything- If it was an open playing field that men could compete in women’s events, could it be unfair for women, as they may no longer win anything, but this doesn’t mean their skill is any less.

Watch the video below to see a women challenge a man to fight on TV’s SAS Who dares wins.

What are the Differences in Rules for Men & Women’s Boxing?

‘There are always going to be variations of rules, regulations and equipment at different levels and potentially for different genders. These things are put in place to protect the safety and wellbeing in a very heated and sometimes competitive sport. However, many women are partitioning for equality of boxing rounds, times and rules. The decision will ultimately be left to the sanctioning bodies and national governing bodies.’

Although there is no difference in the skill between men and women in sports, there is a physical difference, which means that slight changes to rules & who they compete against is necessary to create a fair sport.

‘It’s science not sexism that demands we uphold this decision. Females have been shown to have increased susceptibility, symptom scores, and prolonged symptoms compared to males’