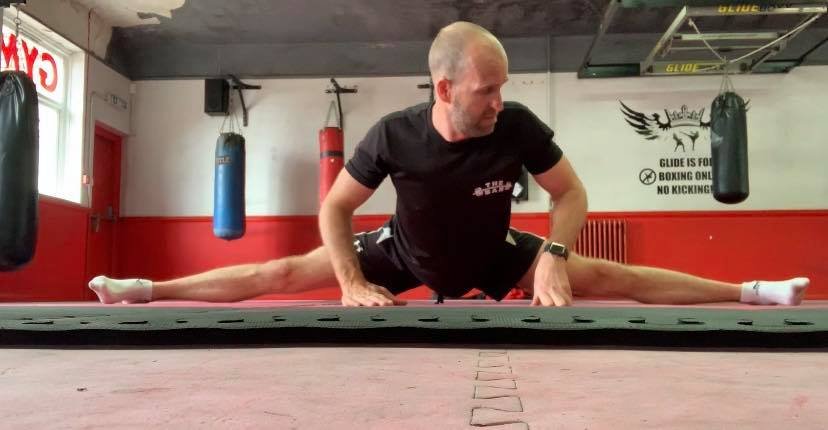 Over the years we have had the privilege of meeting and training with some of the great martial artists in the U.K. Nick Brewer is certainly one of those people as he has trained in multiple martial arts, competed, promoter of XMA fight shows and is the owner of The Bar gym in Worthing, teaching kickboxing from novice to champion. Anyone that knows Nick would say he is a great guy and has more flashy kicks than Jackie Chan. We have worked with Nick sponsoring his fight shows with boxing gloves and trained in his kickboxing classes. We have also had various Sidekick photoshoots in his kickboxing club.

We recently caught up with Nick to learn more about his kickboxing and martial arts journey.

Dan: How did you get into martial arts?

Dan: What is your favourite discipline and why?

Nick: Kickboxing in the 80’s as it was new and very karate focused. I started training in kickboxing properly in 1990, competing in various competitons around the UK with a couple of other Jeepai students. In 2003, I achieved my black belt in kickboxing under sensei Brian Seabright in Manchester.

Dan: What made you want your own club?

Nick: I didn’t really want my own club originally but Paul wanted to retire from teaching so he handed the club to me, so it was kind of given to me to carry on. I still wanted to train so this was the best option. I took my second degree in Jeepai with Paul Murray and started running the club which flourished until 2008, then I moved Jeepai into Gym Xtreme with a full time facility.

Dan: What has been your biggest achievement to date?

Nick: A big achievement was in 2014 when i got the Guiness world record for 100×3 min rounds of competitive full contact kickboxing rules, all for charity.

Dan: What are your plans for the future?

Dan: Who is your favourite fighter of all time?

Nick: My favourite fighter is Bill ‘Superfoot’ Wallace. I did a couple of seminars with him and sparred him a few times, it was awesome.

Dan: Thank you for your time Nick.

For more information about The Bar gym in Worthing click here.