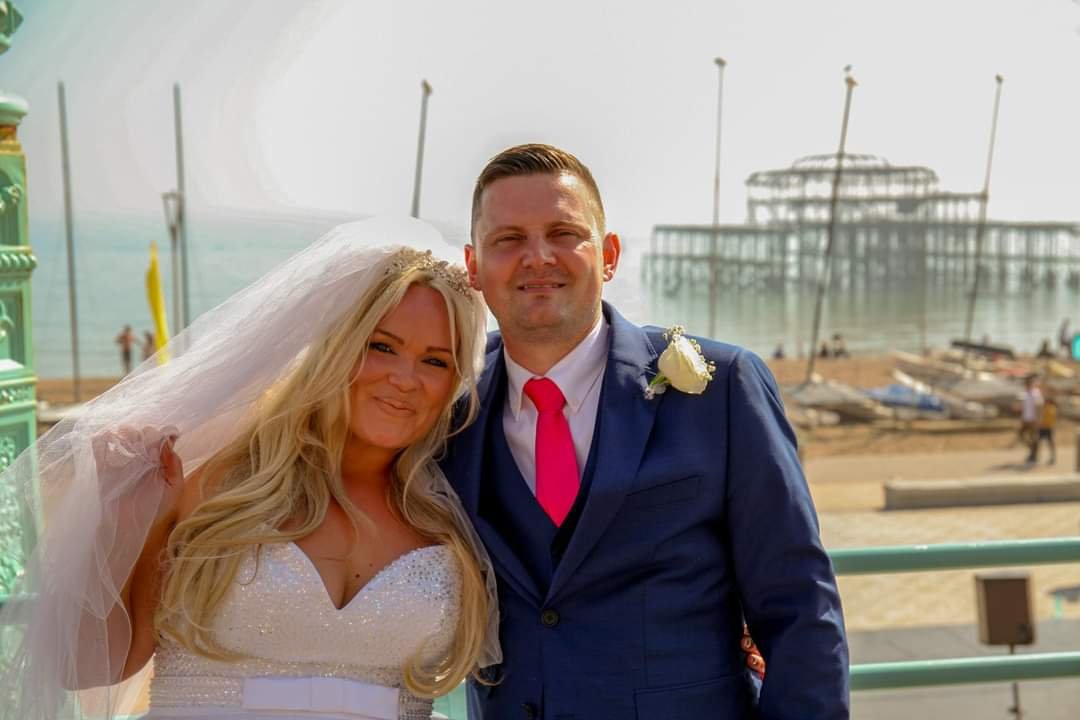 Sidekick – Martial Arts From The Beginning

Daniel Knight, the founder of Sidekick Boxing has been building businesses since his early 20’s and he explains how he always knew he had a love for both martial arts and business.

Daniel was born on the 12th April 1983 at the Royal Sussex Hospital in Brighton. He grew up in Woodingdean and went to Rudyard Kipling primary school and Longhill high school.

“I was always quite a happy-go-lucky child, fighting was something I never did. In fact, crazy as it sounds it scared me, I mean who actually wants the risk of getting hurt.

For me I would rather play card games, board games and the closest to fighting it would get would be playing the computer game Street fighter 2.

I would always pester my brother and my mum to play Monopoly with me. They would play just to make me happy but they still laugh to this day that all that they had to do was just throw the dice and I would do the rest.

If we wasnt playing Monopoly I wanted to play cards, especially poker and I would like to have a little flutter with my school friends.”

Daniel first started to fall in love with combat sports at an early age, his mother who was a keen Karate practitioner would sit down with Daniel and his brother on a Saturday evening, they would all watch Jean Claude Van-Damme movies together and it became a ritual that Daniel really looked forward too.

It also inspired Daniel to seek out a Kickboxing gym and to take up the sport. Daniel’s brother Paul had also taken up the martial arts with his discipline of choice being Judo, interestingly now the Knight household housed students of Karate, Kickboxing and Judo – possibly a little precursor to the evolution of martial arts.

“So looking back you can see a pattern in my life merging, with monopoly, cards and martial arts, I knew my life would be out of the ordinary.

For me going to school was quite difficult, it wasn’t the learning, it was more the fact I found it hard to concentrate. I needed something more challenging to stimulate my brain. So I would always end up being the class clown. It was a shame as my maths teacher always said I was easily capable of an A grade. Maths is totally natural to me, I just get it. I am constantly working sums out in my head and it is very rare for me to use a calculator.

As a teenage boy, my mum brought up my brother and i. My dad only lived in Withdean who I saw every Friday so the day to day parenting my mum did pretty much most of it. She worried about her boys not being manly lads so she took me kickboxing at Sama down Lewes Road and my brother to Judo in Kemp Town.

When I left school at 16, my grandad always said to get a trade as you will always have work for life. My brother as a plumber, I followed in the building industry and became an electrician.

But after 2 years, I had a passion for cars, I wanted to become a paint sprayer.

I did my NVQ level 3 apprenticeship at the Shoreham airport and qualified at a Ford main dealers. It was my perfect job as I was a blue oval fan.

It wasn’t long after I got my certificate, I was looking for units to hire to start my own car repair company.

I was only 23 years old and the other staff would dismiss my plans and put every negative in the way to start up on my own. But these negative comments would just fuel the fire. I left on really good terms with the manager as he seemed really impressed with my drive to start my own company.

I partnered with an old friend who I had previously worked with and we opened up Auto Colourworx.

Business brought me back to kickboxing

Throughout my time at Autocolourworx, I always put my all into making it a successful and innovative business which not only resulted in customer satisfaction, but also my own satisfaction as well. However, during this time I needed to let off some steam from the day to day stresses of owning a business, so I started going back to kickboxing after nearly 10 years out.

After two very successful years, I decided to sell my portion of Autocolourworx to my business partner, Jamie. I did this in order to fulfill my dreams of beginning a new venture which didn’t require the increasingly expensive overheads of running a shop-based business.

I told myself i would do another business in the future, it just needed to have more potential than a bodyshop.

Even though I sold the company, I still kept going kickboxing and I only got more and more passionate about it

I was grading through the belts and training at the club a few times a week. If I wasn’t at the club I was at the gym doing weights and running.

My friends at kickboxing encouraged me to go and compete in Kent. This was going to be one of my biggest fears to face.

Yes, I got confidence in sparring but actually going to fight someone especially in public is something else.”

Life suddenly took a turn for the worse and in 2010, Daniel suffered a devastating loss of his beloved aunty to cancer. He hit an all time low and as a result of his loss as understandable.

Daniel being the determined, driven person he is, did not let ruin him and set his biggest goals yet.

“The kickboxing really did help me through it, the sparring was a way of relieving the pain.

At a job I didn’t want to be and too old to make it as a champion kickboxer, I wanted a business involved in the sport that more potentially change my life forever.

My dad has always said life is about a chain of advents. And it was at this time he had met his Thai wife.

After his visit to Thailand, he said how cheap the kickboxing equipment is out there. I searched to find a distributor and I started selling the top Muay Thai brands in the U.K.

As a result of my passion and drive for kickboxing as well as training religiously nearly every single evening, my new business venture seemed to just fall into place perfectly.

At the time, my Dad went on an exciting holiday trip to Thailand, and when he came back, he mentioned to me that various types of Thai boxing equipment were far cheaper in Thailand than over here.

Through learning about Thailand from my Dad, I began thinking about distributors, especially in order to learn how to begin this business venture that I was so keen to succeed at. Using my initiative, I found a distributor in Thailand who was not only selling cheap Thaiboxing equipment, but reliable too. This distributor would send me all of the top brands of kickboxing equipment for me to sell back here in the UK.

Although this avenue of thinking was great at the time, I slowly began to realise that the margins weren’t as good as I first expected them to be. I realised that for this venture to really take off, I would require thousands of pounds of investment in order for it to be a true success.
I needed an alternative route so that I could begin to set up my new business venture. I thought of various ways in which I could produce my own brand that would allow me to completely control the production of my own kickboxing equipment at all levels.

After getting the factory sorted, I made sure that the quality of my new products was perfectly designed for all of my potential customers. This route was not only more productive than my previous ideas of finding a distributor in Thailand, but it also meant that I could produce high-quality and reliable pieces of kickboxing equipment that would suit fighters of all levels.

After sorting out all the logistics of starting my new business venture, I needed a name that would make my brand not only well-known, but that would also suit the kind of kickboxing equipment that my business produced.

I sat for hours and hours brain storming different potential names. I thought of moves used in kickboxing, as well as words associated with the field of fighting. After much deliberation, I decided on the term ‘Sidekick’ which is a very famous move in kickboxing, although it is not much used in more modern K1 styles.

The term ‘Sidekick’ also had an additional meaning, associated with companionship and teamwork which I thought was the perfect name to brand my new range of quality fighter’s kickboxing

I realised their was a market here and I thought if I was too invest thousands, wouldn’t it be better to start my own brand.

I just thought how amazing would it be, fighters using my equipment. I also wanted the brand to be completely different and exciting to hit the kickboxing market. All the current brands was all doing the same thing with similar designs. Bringing the urban graffiti theme really got noticed.

I also wanted to cater for just as much for women and kids as for the men. It was this recognition, sidekick got a lot of appreciation for.”

Daniel set a seemingly impossible one, to take the UK Kickboxing scene by storm, and he did just that. He set up a company that sold Kickboxing/MMA equipment, from sparring gloves, to fighting gloves, MMA gloves, Gi’s, bags etc.

I was working almost right away with world kickboxing governing bodies.

The company went from strength to strength working with champions in all areas of combat sports. As the company grew Daniel decided to start making MMA products such as BJJ Gi’s, gloves etc and another great idea paid off. In 2012 the two first sponsored fighters were chosen, one of them being Celebrity MMA fighter Alex Reid and the other being a world champion kickboxer.

The brand appeared on channel 5 in an MMA fight in which Alex Reid was in, the company has never looked back since.

Now in 2021 Daniel says the company will continue to strive and grow, with new ideas and new people working with the company it feels more like a family rather than a company.

It has became a household name in the martial arts world.

Daniel says the plans for the future are to break into other sports as well as they have done into kickboxing and continue to help up and coming fighters accomplish their dreams, and work with world champions alike.

The reason that Sidekick has grown so quickly and been so successful is because of one mans dream to do what he was passionate about. All of the above is a testament to Daniels hard work and commitment and now he knows there’s nothing he can’t achieve.

The future is bright for Sidekick and everyone involved will no doubt benefit in some way as he is known for his generosity and help to professional fighters and up and coming amateurs.

Watch out for Sidekick!