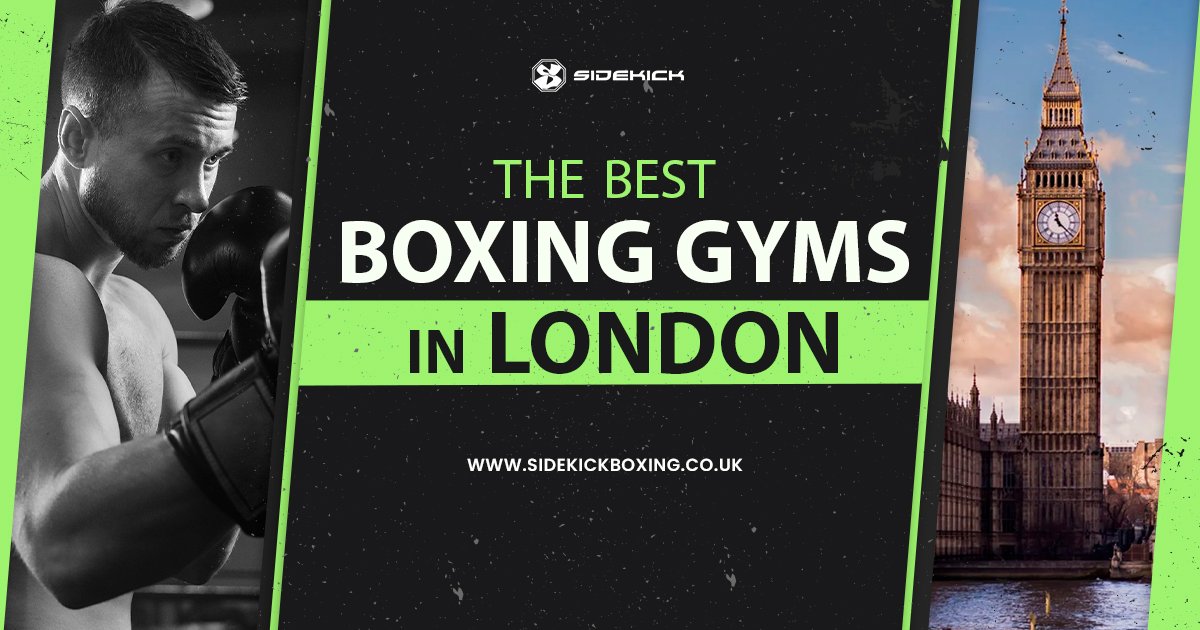 Even though thrilling MMA promotions like the UFC have emerged in recent years, boxing remains the most popular combat sport and more boxing gyms.

This is partly because boxing is easily customizable to practically anyone’s needs. Whether someone wants to use it in a fitness routine, get in shape, or primarily fight. When it comes to the greatest boxing gyms in the United Kingdom, London appears to be the place to be.

Below are our top boxing gyms in London

The gym has routinely produced Schoolboy, National, and International Amateur Champions up to the Olympic level. Finchley ABC has become most famous for being Antony Joshua’s first boxing gym. In 2007 at 18 years old, his cousin suggested for AJ to take up the sport at their local gym.

Spencer The Omen Oliver (who is now a regular on the Sky Sports Panel offering expert analysis and commentary on all the significant fights worldwide).

Additionally, ex-British Champion Sean Murphy (who challenged Steve Robinson for the World Featherweight Title) are a few examples of World Rated professional boxers (who is famously remembered for being dethroned by Prince Naseem Hamed for the WBO World Title). Train with fully qualified boxing coaches here. Weight training and fitness are also available.

The gym values community spirit, old-school practices, and personal teaching while staying true to its heritage. 12×3 is dedicated to using boxing for self-development and functional fitness for people of all ages, from complete beginners to aspiring professionals.

The Rathbone Boxing Club (RBC) is one of the game’s most accessible gyms. The lack of pressure from a credit-based system contrasts with the intense programmes and hospitality.
Rathbone is a hub for doing, with three-hour masterclasses and self-guided access to facilities.

Classes concentrate on the fundamentals of boxing, making them suitable for people of all abilities. The gym provides free towels and toiletries and a store where you can borrow gloves and purchase juice. All you have to be concerned about is breaking a sweat.

The Ring, which is more than a century old, first opened on the site of a former chapel on May 14, 1910. An Air Raid in 1940 destroyed the boxing club, which previously hosted more than 22,000 matches.

In 2003, The Ring reopened with a brand-new, state-of-the-art gym capable of holding its White Collar Bouts and film shoots and other gatherings. (For a recent product launch, Anthony Joshua used The Ring.)

● Address: Four sites, but the flagship is at 84 Eccleston Square, SW1V 1PX

The Manor is a modern gym with a big heart, featuring locations in Victoria, Marylebone, Old Street, and Vauxhall. Victoria is the central location, with a boxing ring (nice and cosy: no running here), exercise bikes, punch bags, and more.

There’s a garden for the more challenging sessions — a tremendous old-school touch from a very modern establishment. Manor has teamed up with CALM to promote #StrongNotSilent, a campaign encouraging men to talk about their mental health.
There are seminars on ‘Relationships’ and ‘Vulnerability’ coming up and a special Fight Night on November 15.

Islington Boxing Club, founded in 1974, is located next to Elthorne Park, which is ideal for a pre-workout jog. Murals of past greats and newspaper clippings and posters from the club’s golden days adorn the walls, providing ample encouragement to go one more round on the punchbags.

The club received the ‘Mayor’s Civic Award’ in February 2010 for its community service, demonstrating that an excellent boxing club’s impact extends well beyond the ring. In the second story, there’s even a barbershop!

The gym, which is immediately above Southgate tube, is about as far north as you can get while still in London, but it counts. It has a sister gym East London Boxing Club — no prizes for guessing where it’s located.

All Stars, another North London boxing club, provides a variety of classes, including amateur boxing, female-only boxing, and fitness training.

Beyond boxing, the gym aids the community by housing a Youth Club and a Food Bank. It’s a fantastic venue that highlights the best of boxing.

Miguel’s is a two-minute walk from Loughborough Junction station, beneath the railway arches. Thanks to a recent renovation, the gym just doubled in size, with four enormous rooms stretched across two floors.

Miguel’s is a boxing gym with many talents, including Dillian Whyte, Issac Dogboe, and Isaac Chamberlain. Still, it’s also happy to accept novices and people seeking an excellent workout.

Although the word “elegant” isn’t usually associated with boxing gyms, 12 Rounds is a lovely space, as the photographs above show. The gym seeks to make boxing’s physical and emotional benefits accessible.

New participants will begin by learning the foundations of boxing before moving on to more advanced classes. Kat Bryson, the owner, has an online blog where she talks about everything from boxing techniques to fighter anecdotes.

Since 1910, Fitzroy Lodge has produced champions as one of London’s oldest amateur boxing clubs. (Including David Haye, our former cover star.) Although the original Lodge was bombed in 1939, the club relocated to Lambeth Road in 1946.

Fitzroy Lodge is primarily dedicated to developing competitive boxers, both amateur and professional, but it also accepts anyone seeking the fitness advantages of boxing. Donations, grants, and member subscriptions sustain the club, administered entirely by volunteers.

The Peacock Gym, founded as a charity in 1978, is known for producing champion boxers, including Lennox Lewis and Frank Bruno. The Peacock was where Floyd Mayweather Jr. used to train. “The place is top-notch, the people there know boxing, and those fans were incredible,” he said.

The Peacock also has a community café, dance studio, recording studio, hair and beauty salon, and boxing. Outside the gym, a bronze sculpture of Peacock fighter Bradley Stone, who died shortly after winning the British title, stands with “He died in pursuit of his aspirations.”

The KO Combat Academy does not have any saunas or jacuzzis. Anyone hoping to find a smoothie bar will be disappointed. Bill Judd founded this gym in 1976 as a proper old school gym. Whether you want to compete or get in shape, you’ll be welcomed, but there will be no special treatment.

Enrol in the 12-week Boxing Bootcamp and watch the pounds melt away. (Those wishing to broaden their skill level can take mixed martial arts classes like Muay Thai.)

Since 2010, Legends has been presenting boxing to Richmond. Legends’ motto is “fitness is a lifestyle,” and they want you to join them in that lifestyle.

This is a great old-school boxing gym in West London, and we wish there were more like it. Legends are the place to go if you’re in the Richmond region and want to wear gloves or burn some calories.

Find them online: https://www.facebook.com/legendsboxing/
Wanting to join one of the boxing gyms above? How about trying some of Sidekick’s top quality boxing gear.
Check out our full store here: https://sidekickboxing.co.uk/product-category/boxing-gloves/