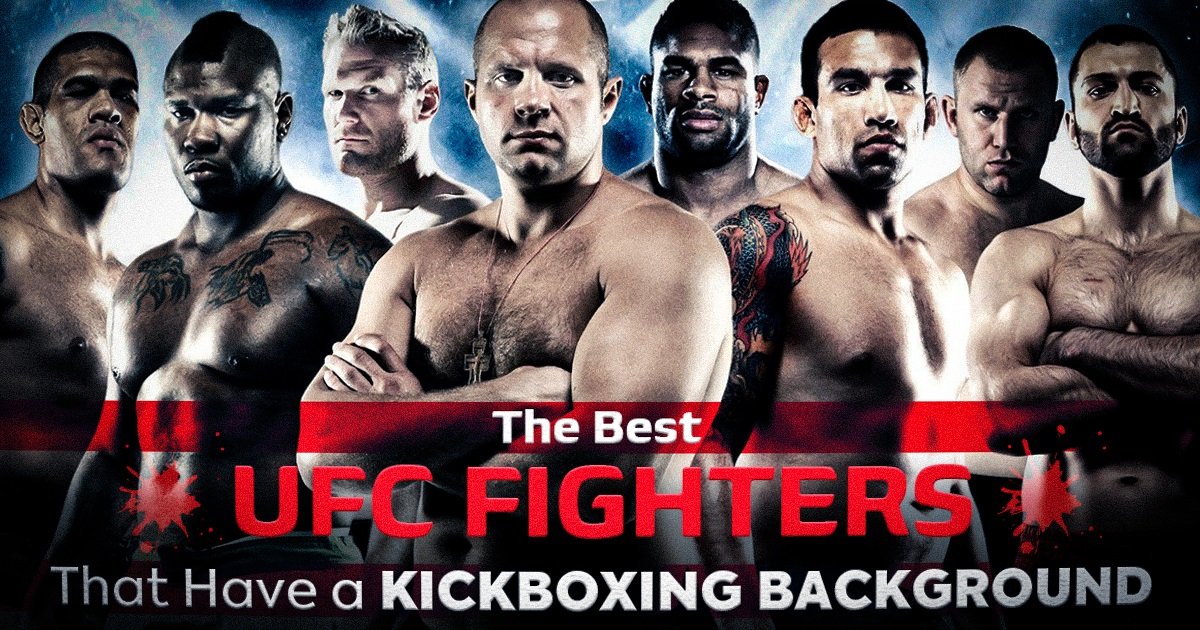 Kickboxers In The UFC

The Best UFC Fighters That Have a Kickboxing Background

MMA is a battle of styles. Fighters have different backgrounds and specialize in various martial arts. Some are more popular in the cage than others, though. Wrestling and BJJ take the nod as the most popular grappling techniques, while Muay Thai and kickboxing are the striking martial arts that most fighters train.

This is a list of the best UFC fighters that have a kickboxing background. Many of them had a successful kickboxing career before making the transition to MMA.

Alistair Overeem is a legendary Dutch fighter that has his name written in UFC and MMA history books. However, he made a mark in kickboxing history as well, as he fought and won successfully in that ring, too. While his MMA record is 43-15-1, he holds a 10-4 professional kickboxing record, finishing his career with five straight wins.

Many fans don’t know this, but he is one of only two fighters in history holding kickboxing and MMA titles simultaneously. He won the K-1 Grand Prix in 2010 and fought many all-time great kickboxing heavyweights, such as Peter Aerts, Gokhan Saki, Badr Hari, Remy Bonjasky, and others.

He extensively uses his striking skills in the octagon, too. Only three of his 20 UFC bouts ever came to a decision. All the other wins and losses came via (T)KO, showing Reem really doesn’t care that much about grappling and submissions.

In his prime, Stephen Wonderboy Thompson was one of the best strikers in the entire UFC. He is still one of the best, but the shows he and Tyron Woodle gave us two times are something for the ages. While Thompson is known for his karate background, he was a very successful kickboxer before his MMA move.

He had a 20-0 professional record, and half of those wins came via knockout, making it clear why he dominated in MMA with his prolific kickboxing. He also had a 37-1 amateur record, meaning that his kickboxing experience is a lot bigger than his MMA. In MMA, his record is 16-4-1.

Israel Adesanya came into the UFC and took it by storm. He had one of the fastest climbs to a UFC championship and has proven repeatedly that he’s one of the best strikers we have ever seen. His shots are technical, precise, and powerful. Even against other great strikers, he tends to look superior, racking up a 20-1 MMA record.

That fantastic striking ability stems from his kickboxing background. Before transitioning to MMA, Adesanya was a professional kickboxer competing in Glory, the world’s elite kickboxing promotion.

The Last Stylebender has well over 80 professional kickboxing matches under his belt, losing only five of those matches. His last two fights were losses, making him take the MMA path. It proved to be a great move for him, though, as he reached stardom, he could never get in a kickboxing ring.

When you think about iconic UFC brawlers, Cowboy is one of the first to pop in mind. He’s considered the best UFC fighter that never won a belt, holding multiple UFC records that might never be broken.

While his career definitely took a downturn after years of successful competition, Donald Cerrone delivered some of the most spectacular knockouts we have ever seen inside an MMA cage.

He started training in kickboxing and TaekWonDo as a teenager and got a 13-0 amateur kickboxing record before trying out Muay Thai. Obviously, he loved the style as he went pro and was never defeated in Muay Thai, going 28-0-1 in his 29 pro bouts.

That aggressive forward-motion attitude transitioned to the MMA cage, which is why his fights are always so exciting. More often than not, if you accept a stand-up, striking exchange with Cowboy, you’ll get caught your money’s worth real quick.

When it comes to the best woman MMA strikers of all time, Joanna Jedrzejczyk is at least in everybody’s top three. If you ever watched her fight, you have seen the way she keeps the pressure on all the time until she finds the correct range and starts blasting off relentlessly.

That attitude came from her extensive kickboxing and Muay Thai backgrounds, where she dominated just as well as she did in MMA. She racked up a 27-3 record in kickboxing and added 37-3 in Muay Thai. She won five world championships before transitioning to MMA.

Just like in the UFC octagon, her biggest rival during her kickboxing and Muay Thai days was Valentina Shevchenko. Even though Joanna lost her title that she held for so long, she is undoubtedly one of the best strikers in the UFC in general, not only amongst women fighters.

If you would like to read more articles about MMA visit wayofmartialarts.com