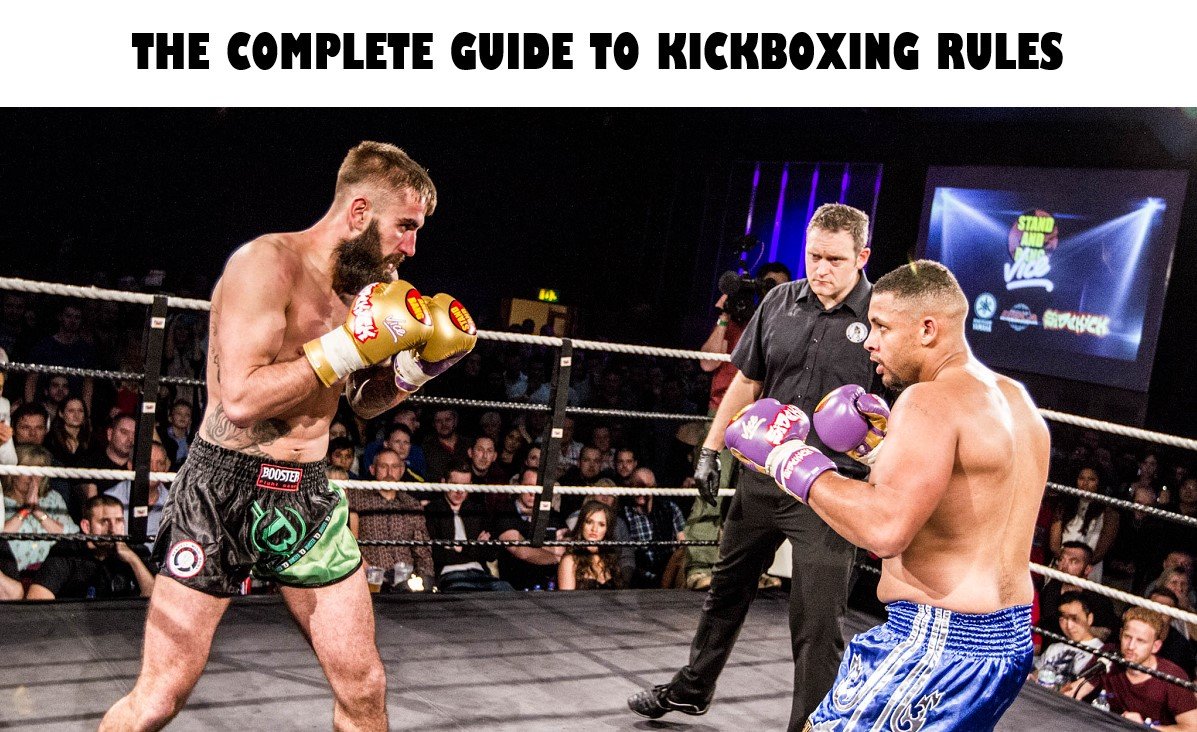 The Complete Guide To Kickboxing Rules

Do you enjoy watching combat sports like kickboxing and would like to understand the rules more in-depth? Then look no further! This complete guide to kickboxing rules will certainly help you.

For any ring sports, the referee or judge needs to know the exact rule for the specific style as the rules can vary from the different styles.

However, each different sanctioning body may have its own specific rules and requirements.

How is a Kickboxing Fight Won?

A fight is won in one of a few different ways:

KO: A KO is an abbreviation for a knockout or when a fighter is knocked down but can’t recover within the 10-second count.

TKO: This is a technical knockout when a fighter is called off by the referee as he is not fit to continue. Also, if the doctor says he can’t continue or a corner throw in the towel will all be classed as a TKO.

Points victory: A points victory is when the fight goes for the entire duration and it is down to the 3 judges who they have awarded the fight to. This can be by a majority, unanimous or split decision.

Disqualification: If for unforeseen reasons a fighter purposely continues to foul this will lead him to be disqualified and the other fighter will get the win.

What Size Should a Boxing Ring be?

The size of a boxing ring doesn’t have a standardized set measurement in both kickboxing and boxing.

However, most organizations in the sport suggest it can be within a size band which usually comes in sizes from 16x16ft to 24×24 ft.

Fun fact: This may seem a little odd but the same thing is in football as each club’s football pitches are different sizes.

However, the official AIBA (International Boxing Association) size in boxing is:

How Many Rounds in a Kickboxing Fight?

The two main different styles of kickboxing are either full contact and K-1.

In our previous blog post ‘What is K1?’ we suggested that:

‘K-1 kickboxing is a fast-paced modern style of kickboxing formed from the promotion K-1 global.

What are the Weight Classes in Kickboxing?

There are different classes in kickboxing for men and women, these are below:

When do Fighters Need to Weigh In?

In amateur bouts, the fighters usually weigh in on the same day of the fight but in professional bouts the fighters must weigh in a minimum of 24 hours before the event.

If a fighter fails to make the weight they may be fined 20-30% of their purse and it awarded to their opponent. If it is for a title fight they won’t be eligible for the title in that weight class.

What Equipment is Used in a Kickboxing Fight?

In professional K-1 10oz boxing gloves are used but without shin guards.

Take a look at our large range of kickboxing equipment on our website.

How is Each Kickboxing Round Scored?

Kickboxing is scored using a ten-point must system. This is where the winner of each round receives 10 points and the loser gets 9. If a knockdown occurs, the fighter would lose that round with an extra point deducted so would get 8 points, making it a 10-8 round to the winner of that round. Fighters can also get a point deducted for deliberate fouls.

Rules of Sport suggests that:

What do Judges Look for in Scoring?

The judges score each round by seeing which fighter is throwing the more cleaner shots, more powerful, and the most shots. Also, effective kicking generally scores better than one who maybe relying on punches more.

A judge will look for:

For more information about kickboxing rules, check out our previous blog post ‘What is the Difference between Kickboxing and Muay Thai Rules?’

Or take a look at this video below from GLORY Kickboxing.

If you would like to learn more about kickboxing read our article ‘What are the levels of kickboxing’ here.