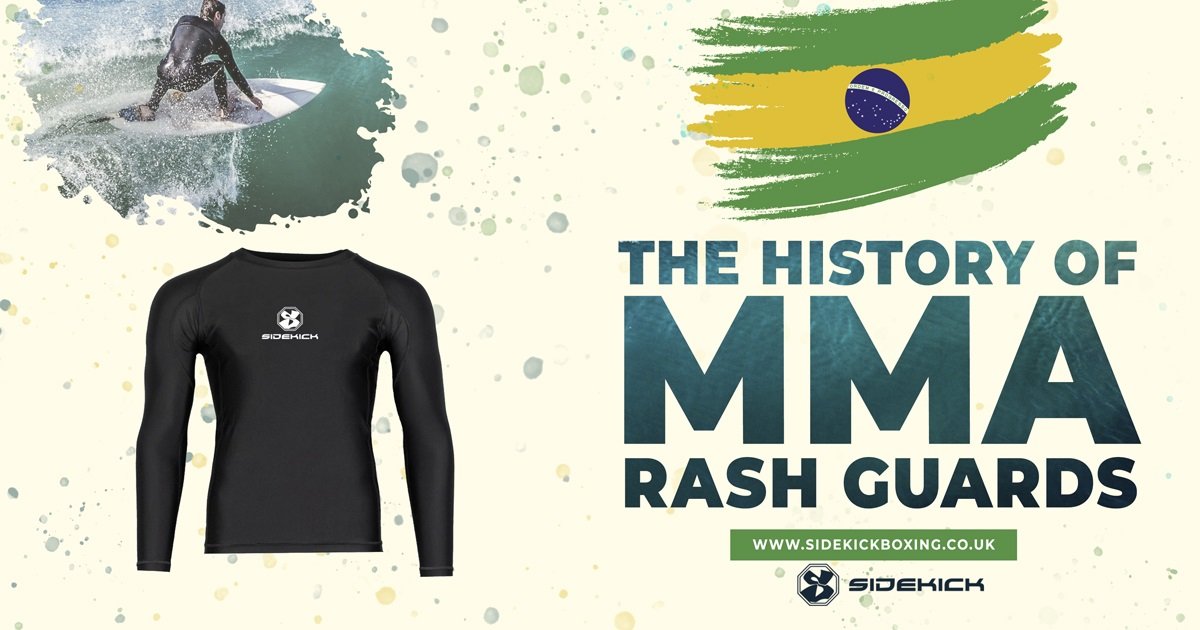 The History Of MMA Rash Guards

Have you recently started MMA and have tried to search where to buy the best quality rash guards, only to come back with loads of surfing rash guards?

The History of Rash Guards

It is not exactly certain when and where the rash guard was introduced in to MMA, but it is suggested that the MMA rash guards originally came from the surfing community in Brazil, as it is famous for its surfing and is the home to the martial art Brazilian Jiu-jitsu (BJJ), so surfers started to wear their surfing rash guards to a BJJ class.

It couldn’t of been to long ago as If you watch the early BJJ bouts, fighters would usually wear a t-shirt or be half naked, only wearing their gi pants. The rash guard became very popular among BJJ practitioners as it had both GI and no Gi styles and the rash guard could even be worn underneath the Gi, so the rash guard transitioned from surfing to BJJ, which then followed on in to MMA classes. MMA focuses on many techniques from BJJ as it is very effective in the cage, so it uses the same rash guards to be suitable for the grappling.

Why do surfers wear a rash guard?

In MMA, it makes perfect sense to need to wear a rash guard, as rolling on the mats, you can guarantee friction burns if you were to train without it. However, in surfing, a rash guard has other purposes too. Surfing rash guards are popular as they are used to protect the skin from sunburn and to prevent chafing while out on the surf board.

Rash guards in MMA and BJJ are pretty much a must, but in surfing they are completely optional.

Is there a difference between MMA and surfing rash guards?

Funny enough, considering the sports are worlds apart, there is lots of similarities, if not identical features in the rash guards in both sports.

Since the early days of the MMA rash guards, they have evolved from their original basic black and white designs, offering much more style and with digital sublimated designs. Rash guards in MMA and surfing are both made of spandex, nylon or polyester are available in either long or short sleeve designs.

The main difference in both styles is the design they have or the theme they are printed in. Even though you can pretty much get any printed design on a rash guard, it may look quite odd for a BJJ practitioner to turn up at a competition with a surfing themed rash guard. also, in competitive BJJ, the rash guard must show the colour of the competitors belt according to IBJJF.