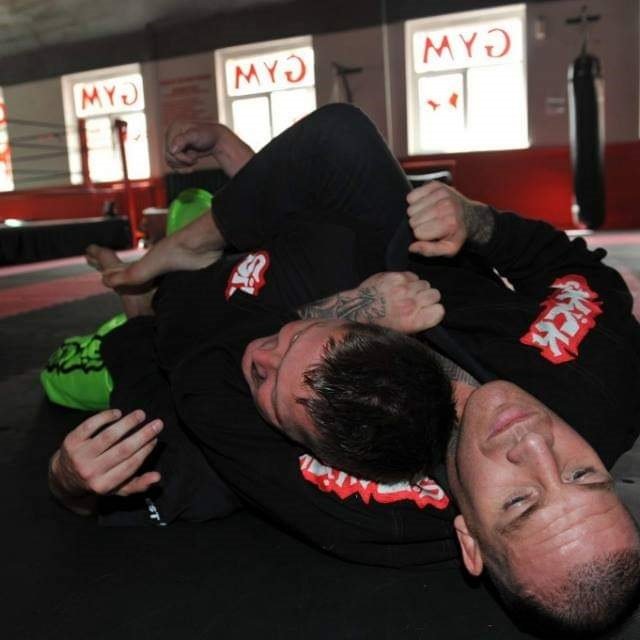 For most martial artists, martial arts is a way of life! They couldn’t imagine a life without it.

It’s deeper than just learning self-defence in case a situation ever happens or learning how to fight on a combat sport show like Kickboxing, Boxing or MMA. Martial arts teaches you so much and brings many things which benefit day-to-day life as well.

This is no exception for Tolly Plested.

Tolly lives and breathes martial arts, especially Jiu-Jitsu. Over his career, he has become a black belt in Jiu-Jitsu, no-GI champion, MMA fighter and recently became the head coach of the UFC gym and fitness manager in Nottingham. His life is dedicated to martial arts and he wouldn’t have it any other way.

We have been friends with Tolly for many years and have had the privilege of watching him fight live in a MMA bout for CSMMA in Guildford. He was even using the Sidekick MMA gloves during this fight.

Tolly also made Sidekick his VIP guests for his own promotion, so we got a closer insight to Tolly’s lifestyle. We met up with him to ask him a few questions about his career and what the highlights were:

When did you get into martial arts and how did it start?’

Tolly: ‘I first started martial arts at 7 years old where I attended Kyokushin karate lessons in my home town of Eastbourne. The same style of Karate , George St Pierre started with I believe.

Since then, I have also trained in Boxing, Muay Thai, Wrestling, Judo and of course Bjj.’

Dan: ‘How long did it take to get your black belt?’

‘It took me around 9 years to gain my Brazilian Jiu jitsu blackbelt under former world champion Jose “Ze” Marcello.

Also gained my Judo blackbelt in 3 years after.’

Tolly: ‘I train both Gi and No-gi jiu jitsu. I enjoy the technicality of the Gi, I also enjoy the speed and athleticism that Nogi can be practised with.’

However, I do have more accomplishments and titles in Nogi Jiu Jitsu.’

Tolly: ‘For me, competing in MMA was the biggest high I have ever experienced.

The adrenaline you feel walking towards the octagon on your ring entrance , the fight itself and the raising of your hand once it was announced you were the winner was a feeling I chased for many years!

It made all the agonising drilling, sparring and dieting seam worth it. No other feeling like it!

I enjoy the similar feeling when my students are victorious now in competition.’

Dan: ‘What has been your best or most successful moment in martial arts?’

Tolly: ‘I have two moments that are very memorable to me for different reasons.

One being losing in 2014 Ibjjf European Championships in Lisbon, Portugal in the final. I was devastated, however I went back to the UK and trained twice as hard. In the summer of the same year, 2014,  I travelled to Rome and Italy to compete in the ibjjf European Nogi Championships where I not only revenged my lose by beating the opponent who beat me in the finals earlier in the year, but I also won the prestigious open weight category and was crowned 2014 European Nogi absolute champion.

And the second was when a younger student approached me after one Jiu Jitsu class I taught a few years back.

They made conversation and went to inform me that the classes they had been attending recently had made a dramatic difference in their life, previously they had unfortunately suffered from depression, anxiety and self harming. They felt that now they had made friends at the gym and had something to look forward to in their week and started to give them a more positive outlook on life and had actually stopped self harming because of this.

This really hit home with me as at the time I had a close friend dealing with similar issues and was themselves in a very dark place. It changed my exclusive competition mindset and my urge to solely train potential champions into a realisation that everyone can benefit from training martial arts for different reasons.

Dan: ‘What is the best thing about your martial arts journey?’

Tolly: ‘I have many fond memories through my martial arts career both as a fighter and a coach.

These are constant reminders to me to never give up on what you want to achieve in life and how important the role of an instructor is: we potentially have the power to change lifes.

This itself was worth more than any gold medal or title belt I have ever won.’

“I would like to thank Joe Long from UFC Gym UK, all the coaches, instructors and staff for making such an awesome facility.
It really is a gym for all the family.
If your in the Nottingham or Woking area please drop in and see for yourselves!”