Home>Kickboxing and MMA news and equipment>Top Myths About Kickboxing: Debunked! 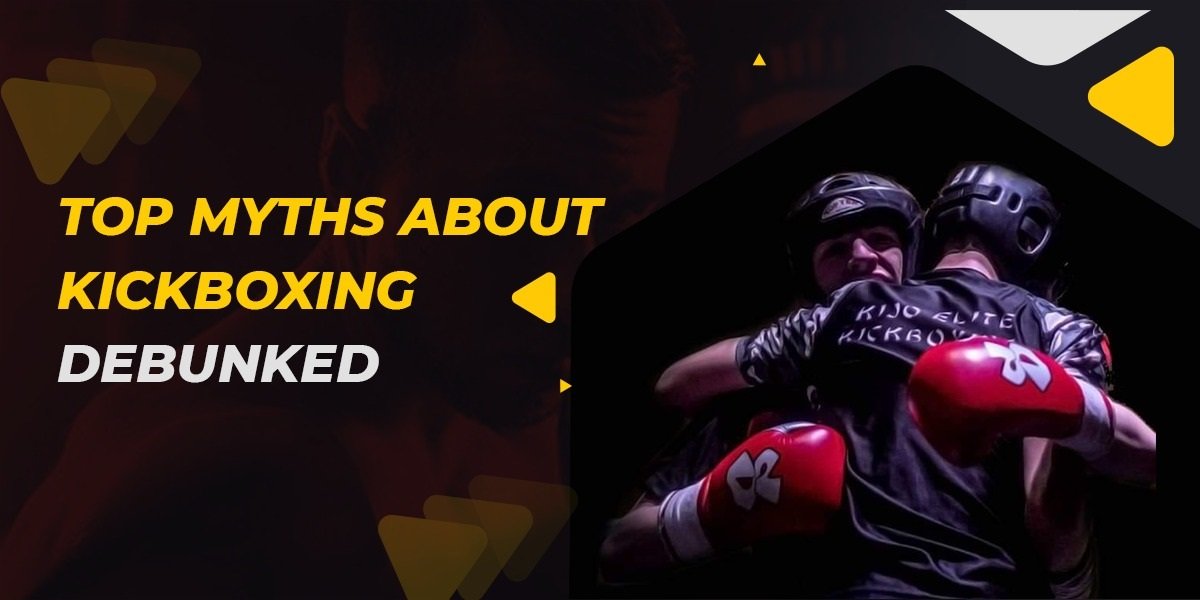 Kickboxing is a sport that has many myths surrounding it. Without engaging in the sport, myths like kickboxing’s difficulty, its violence and aggression, and even that it is male-dominated are just a few of the many misconceptions surrounding the sport.

However, in recent years, as kickboxing has become more and more popular in the media as well as in mainstream sport, these myths have been debunked. This misinformation can be dangerous, potentially putting off new kickboxers from taking up a sport that is beneficial both physically and mentally.

In this article, we will take a look at some of the myths surrounding kickboxing and see whether these myths hold any weight in reality.

Myth 1: Kickboxing is a difficult sport

However, if kickboxing for a hobby is more up your street, then it is a great way to have fun, relieve some aggression, and add a little bit of spice to your workout routine too. This means that kickboxing can be as easy or hard as you decide.

Different spaces require different levels of skill, however, if a more slow-paced or high-octane form of kickboxing is more for you, there will be a kickboxing class that will cater itself to your needs and/or wants.

SOMETHING TO REMEMBER: professional kickboxing is NOT for the fainthearted. It requires hard work and dedication as well as both physical and mental strength too.

‘Most people will train for 4-6 years before their first competitive fight but everyone is different. Listen to your instructor carefully so that you can perfect different kickboxing techniques. You can generate more power in a punch or a kick with good technique than you can with brute force.’

If you’re someone who flinches at the idea of getting hit, kickboxing isn’t for you. However, as detailed above, it is perfect for people of all skill levels. Even if you have no contact sports experience or any experience with martial arts, kickboxing is still a great sport to try.

This is because kickboxing can be trained in three different ways:

This means that again, you can choose the type of kickboxing class to suit you and what you want to achieve, However, remember kickboxing is a contact sport and will require some hitting (and taking hits too!)

Myth 3: Kickboxing is a Sport Just for Men

Obviously, this is wrong! Although it may be considered a macho and masculine sport, kickboxing has so many women from an amateur to a professional level.

One Championship rates female boxers below:

In fact, the first female kickboxer was Ruqsana Begum who was an English professional kickboxer and boxer in 1983.

Myth 4: I’m too old for kickboxing

There are no age restrictions when it comes to kickboxing. In fact, even Mike Tyson hasn’t given up on the sport just yet!

In our previous blog post ‘SHOULD COMBAT SPORTS HAVE AN AGE LIMIT?’ we suggested that:

‘Last year, Mike Tyson at the age of 54 returned back into the boxing ring with an exhibition bout against Roy Jones Jr. The former heavyweight champion of the world fought for eight full rounds, ending in a draw.

Back in the ring after 15 years, Tyson suggested that:

Myth 5: You can burn up to 1000 calories in a kickboxing class

Many kickboxing clubs advertise that you can burn up to a 1000 calories per hour, but is that a little optimistic for a typical kickboxing class?

Kickboxing is a high intensity sport that requires a high level of fitness. Constantly punching and kickboxing is physically exhausting and it is definitely up there for one of the most calorie burning exercises.

However, burning 1000 calories may only be achieved by professional fighters because of their fitness, speed and their overall work rate that is pushed to their limits. For the average kickboxing practitioner, as much as we may get pushed by our coach to go that bit harder, it would be very difficult to keep up the level of a professional fighter. So, a realistic amount of calories burned in a kickboxing class is around 400-500 calories per hour.

There are so many myths to do with kickboxing out there, the only way to debunk them is to try!

In the comments below, let us know if you think these myths hold any truth or whether you think they really are real myths.