Home>Kickboxing and MMA news and equipment>Tyson Fury | The only British fighter to be awarded twice The Ring magazine fighter of the year. 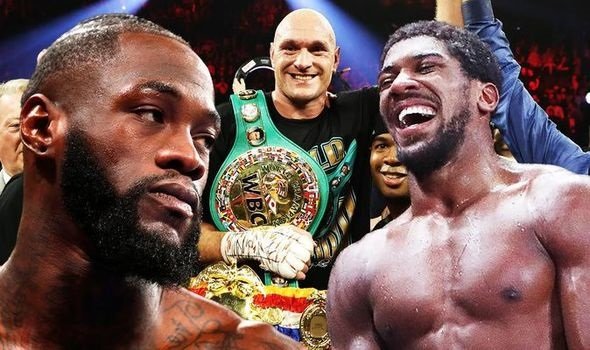 Tyson Fury | The only British fighter to be awarded twice The Ring magazine fighter of the year.

For over 5 years, everyone has debated about who is the best heavyweight boxer on earth. This is because with various belts, governing bodies, or even just maybe a favourite fighter who yet is to have their shot at the title, can make it difficult to prove who actually is the best.

Below we discuss who we think has a shot at being the best heavyweight boxer in the world.

For many years Anthony Joshua was considered the best heavyweight boxer as he has 3 of the 4 major belts: IBF, WBO and WBA.
He does have the IBO World title, however, unfortunately, it is not recognised by The Ring Magazine. AJ always has represented himself professionally so he makes a great role model for the sport.
Even though he has beaten almost everyone in his path, many boxing fans have debated this as a result of discussions suggesting he was given easier fights.
There was the ongoing rivalry with Deontay Wilder and with Tyson Fury banned and out of shape, it left just a fight with Wilder to be the undisputed champion.
It is partly down to the popularity of Anthony Joshua that boxing is big as it is today.

Tyson Fury is a well-known name in the sport and claims he has been in boxing gloves since a baby, because of this many fans believe he is the best boxer in the world. However, many fans also believe that he never gave off the impression he took anything seriously enough to be held in this regard.
Even when he beat Klitschko, some fans said it was just a bad day for Klitschko.
Fury’s outspoken character made him not really fit into society and a ban in boxing from the Bbbofc did him no favours. The boxing fans could see through his shenanigans and see the traveler was something special in the boxing ring.
Fury even called himself the lineal champion as he claimed he was still the man to beat as he was the last boxer to beat a champion and take him from his throne.
Then in 2018, he was issued his license back and the heavyweight boxing scene got so much more exciting. With the constant breakdown in solidifying a deal between Wilder and Anthony Joshua and both parties blaming each other, Fury stepped in to fight Wilder.
The fight was initially a draw so a rematch was wanted from both fighters as they were both not happy with the result.
Fury got knocked down in the 12th round and him getting back up from such powerful shots it will go down in history.
The rematch was pretty much one-sided to Fury and he is now the current WBC world champion.

What is The Ring Magazine?

The Ring magazine is known as ‘The Bible of Boxing!’ and is an independent boxing magazine running since 1922. They rank boxers and award titles and it is one of the most cherished in all of the sport.
The Ring awarded Tyson Fury fighter of the year back in 2015 and again in 2020 making him the first-ever British fighter to be awarded it twice.
Next year could be the year to see who really is the best as Anthony Joshua and Tyson Fury are set to meet with all the belts on the line for the undisputed heavyweight champion of the world.