Home>Kickboxing and MMA news and equipment>What Are The Best Approved Boxing Gloves? 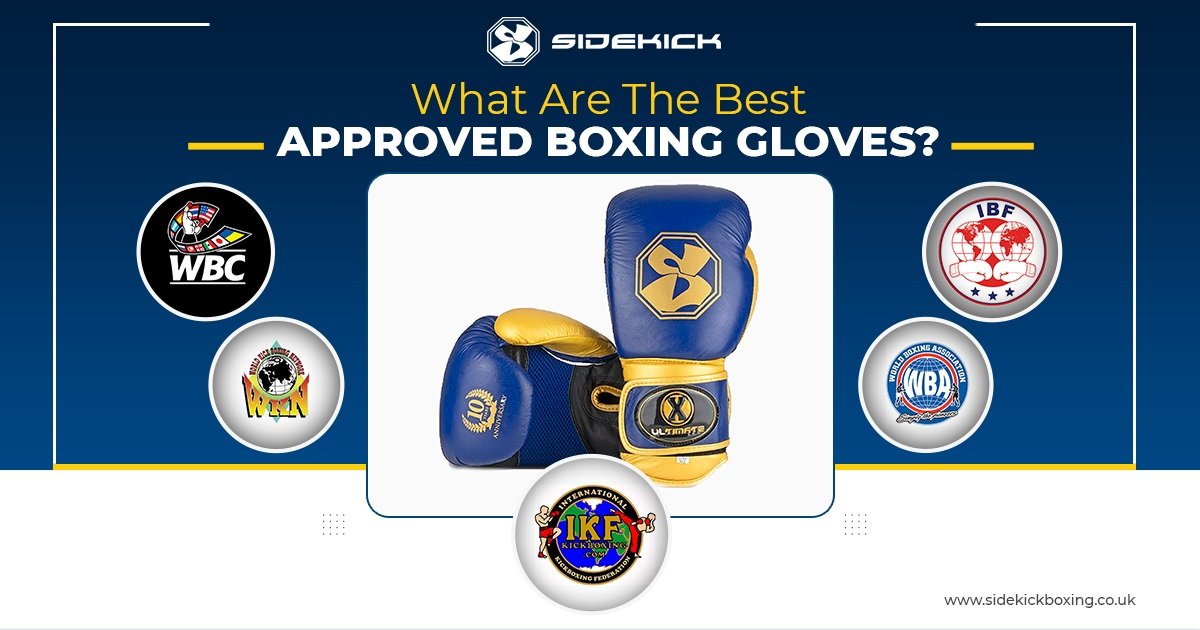 What Are The Best Approved Boxing Gloves?

The main boxing governing body in the U.K is the BBBofC and the 4 major boxing sanctioning bodies are:

With their seal of approval, it can shortlist your choices and make it easier for you to decide what gloves to buy. These approved gloves will not only be used in professional bouts but they are used by your favourite fighters too.

The quality of boxing gloves is paramount as they are what protect our own hands and wrist. Also, sparring and fight gloves need to have substantial, dense padding over the knuckle area to protect the opponent.

Many boxing gloves reviewers suggest that fight gloves are better with softer padding, but this is not the case, as the opponent could feel the knuckles through the glove. So, it is of great importance that the governing bodies thoroughly test the boxing gloves before approval.

In kickboxing, the gloves need to have decent padding as that is what also blocks the kicks and knees. To learn more about the difference between boxing and kickboxing gloves, read our article ‘Boxing gloves or kickboxing gloves: Which is better?’ here.

If you look at the official WBC Cares boxing gloves below, they have a very similar design structure and stitching pattern to our leather Ultimate 3.0 boxing gloves, that we have been producing for many years.

Recently in boxing, there have been concerns about the quality of the boxing gloves used in professional bouts, as Derek Chisora’s boxing gloves were colour distorting during his fight and according to boxing social, the WBC has banned Fly boxing gloves for any of their sanctioned events. It has come to light by the WBC the quality was not of a good enough standard after the contest between Evgeny Romanov and Dmitry Kudryashov for the WBC silver belt, in which both boxers wore Fly KYO 10 ounce gloves and they showed defects.

Check out the video below for more info about Fly Boxing Gloves and their ban:

A copy of which has allegedly been seen by Boxing Social, WBC President Mauricio Sulaiman stated: “As a matter of primary safety priority, until further consultations, the brand “Fly” of boxing gloves are NOT to be worn in any World Boxing Council boxing match.

“We need to determine whether the gloves used in the bouts described below, were individually defective, or there is a specific design issue, which must be rectified immediately before the glove could be re-authorised, only following detailed consultation.”

There is a delicate report which we are attaching to this communication, which shows severe defects which can result in great danger to the combatants. Even though fight gloves are getting put through their paces, they should still last a duration of a fight as a professional world title fight is only 36 minutes in time of fighting.

For more information on the report for Fly Boxing Gloves, please check out this comprehensive article below:

So, boxing gloves that don’t last an entire fight would not last a good training session on a heavy bag. Dedicated Muay Thai practitioner Kyle Greaves treated himself to a pair of the Sidekick Ultimate X boxing gloves back in October 2019, and he is still able to appreciate the quality today nearly three years on.

Please read our article on how long boxing gloves should last here.

So, it is essential when choosing to buy a good quality pair of boxing gloves. It is good to see what fighters are using in the gym every day rather than in a fight.

How do boxing gloves get tested for approval?

Boxing gloves testing will include:

For durability, as well as for health and safety reasons, it is essential when choosing to buy a good quality pair of boxing gloves. You should expect long-term use as premium boxing gloves cost from £50 up to £350, so you wouldn’t want to have to replace them after a few months training.

If you are buying a velcro style of boxing gloves, remember approved boxing gloves are usually a lace-up style, so be sure to check out the velcro equivalent of that particular glove. Also, when researching your boxing gloves, you consider them for both long term use and how safe they are, as they will not only keep you, but also your sparring partner safe too.