Home>Kickboxing and MMA news and equipment>What Is A Sak Yant Tattoo? 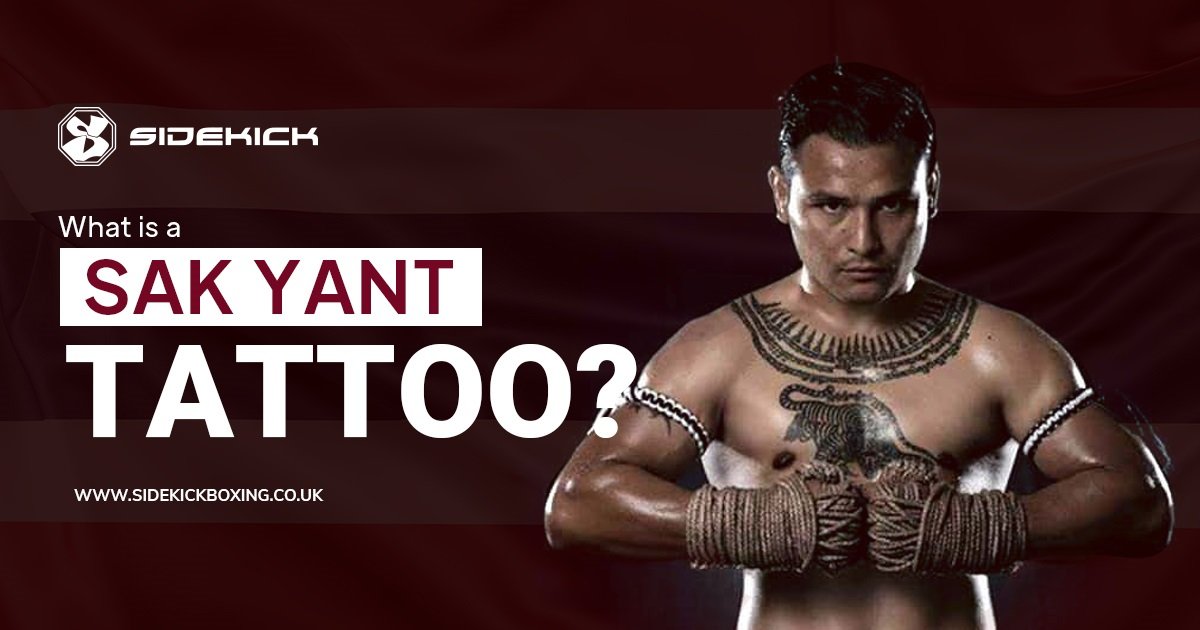 What Is A Sak Yant Tattoo?

Thailand is a trendy tourist destination as it has beautiful sandy beaches and plenty of sunshine. However, for many, Thailand is the home for martial arts, as it has its own style of fighting, Muay Thai, which dates back hundreds of years. Muay Thai offers an unrivalled fighting style for both explosive power and a bulletproof defence, that is has widespread in popularity across the globe.

Muay Thai practitioners worldwide follow the tradition of the sport in more ways than one, and many western Muay Thai fans regularly travel to the island themselves. However, they don’t go to Thailand for a regular sunny holiday, drinking cocktails out of coconuts or sunning it up on a sandy beach; instead, they stay at top Muay Thai training camps to learn from the experts. Some even fight at famous Muay Thai stadiums.

Thailand is a Buddhist country with lots of temples and monks, which have powerful religious beliefs. Thailand is also very spiritual, that most things, including Muay Thai and even the tattoos in Thailand have a spiritual meaning.

Some foreign Muay Thai practitioners love the Thai vibe so much, they get inked there, too, as a souvenir. These tattoos are called a Sak Yant (Sak – meaning “to tap” or “to tattoo”, and Yant – meaning “Yantra”) and are different to a regular tattoo, as traditional tattoos are for aesthetics only.

The Sak Yant is a Thai style of tattoo that is a spiritual way of protecting themselves, as it gives the wearer magic powers associated with healing, luck, strength, and protection against evil. Initially, the Sak Yant was once a way to protect the warriors marching into battle, making them invincible against arrows.

Invincibility is why they have become popular among the Muay Thai community.

‘The Sak Yant Tattoo Is A Traditional Tattoo Applied By A Holy Man, While Chanting Prayers Using A Steal Needle In Either Ink (Visible) Or Oil (Invisible) That Is Ended With A Magical Blessing.  The Sak Yant Tattoo Offers Protection To The Wearer And Serves As A Talisman Of Affirmation For A Personal Quality, Quest Or Goal.’

A Sak Yant is hand-etched into the skin with either black or invisible ink, and a regular tattoo artist can’t do it; they need to be done by a Buddhist monk to make spiritual prayer and bless the person from harm. Sak Yant was previously created with sharpened bamboo sticks, but now they use a metal needle as they are more accurate to make a better looking Sak Yant.

The Sak Yant have specific designs that resemble the Buddhist religion. Today, the Sak Yant has become very popular, especially with the western Muay Thai fans, that they are flying to Bangkok to get a Sak Yant to be worn in pride for their time in Thailand.

Watch the short documentary below of Noo Kanpai.

Who can give Sak Yant Tattoos?

‘Qualified Sak Yant Masters are either Buddhist Monks, or Sak Yant Ajarns (Ajarn means Master Teacher).  Almost all Sak Yant Ajarns learned to administer the Thai Tattoos while they were Monks at a Temple.

Not everyone wants to be a Monk their whole life, and those men who want to still be holy, without the restrictions of Monk-hood, become Ajarns.’

What are the different Sak Yant designs?

There are many designs available for Sak Yant. However, most people tend to choose one of the master Yant’s. The master Yants are:

Other Sak Yant designs are generally more detailed such as animals and sacred geometry.

As the popularity of Muay Thai, Thai tourism and tattoos have increased, Sak Yants have become fashion statements. Tattoos are so popular, people see them as nothing more than body art or a permanent Thai souvenir to bring back home.

The local spiritualists in Thailand feel the Sak Yant is slowly losing its spiritual meaning. They have become more commercialised, and people are getting them without understanding the spiritual sense.

If you like the art of a Sak Yant and would like it just as a tattoo, you can get one done at a tattoo parlour.

However, if you believe in the spirits a Sak Yant has and would like the authentic experience from a monk, then a trip to Thailand would be good.