Home>Kickboxing and MMA news and equipment>What Is Caged Muay Thai? 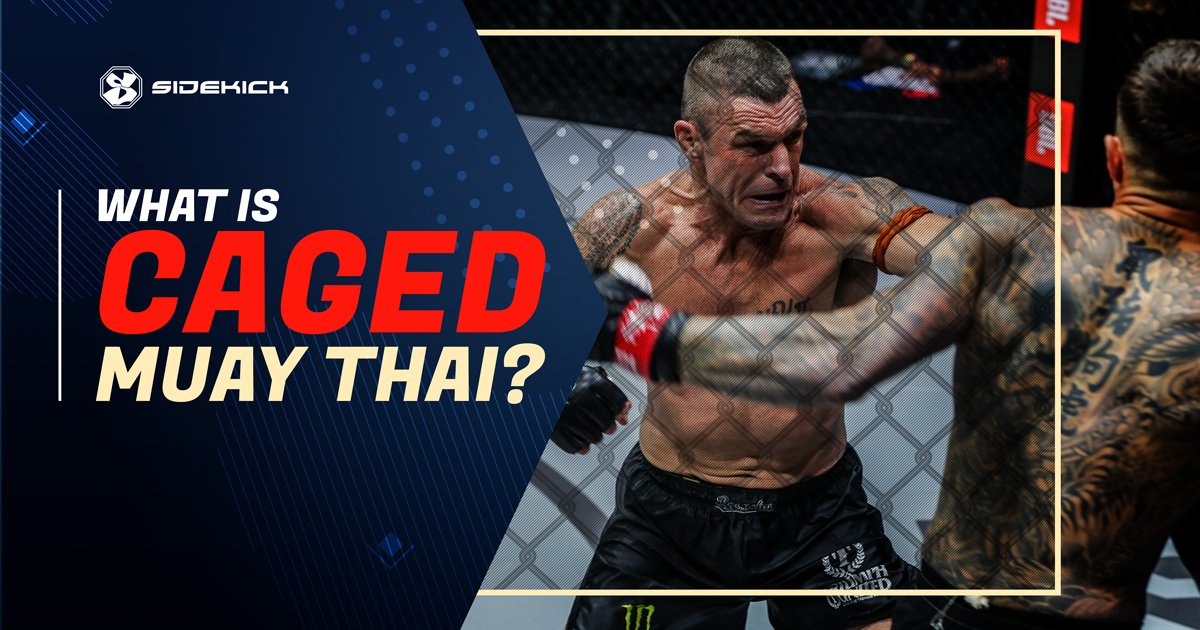 What Is Caged Muay Thai?

Many fight promotions tweak what they can to make combat sports even more exciting. Over recent years we have seen the rise in MMA (also known as cage fighting) and Muay Thai. Now, we are witnessing promotions like One Championship doing Caged Muay Thai.

So, what is Caged Muay Thai, and why is it becoming popular?

Well, imagine Muay Thai fighters in a cage, fighting under Muay Thai rules with 4oz MMA gloves, you will have the perfect recipe for a hybrid combat sport, and that is what Caged Muay Thai is. You may be wondering how this would make a better version of the blend of fight sports.

MMA is a combat sport with various elements to it, and many of the striking fans sometimes feel when an MMA fight goes to the ground with grappling, it loses some of the excitement.

In Muay Thai, the fights can be very stand-offish in the opening rounds and can have a lot of clinching, which reduces the amount of active striking. Muay Thai legend John Wayne Parr is a fighter that has taken to Caged Muay Thai.

“Once MMA fans see Caged Muay Thai, they are converted!”

John Wayne Parr (JWP) is one of the best known Muay Thai fighters globally, with a fight record of over 150 fights in Muay Thai and boxing.

Where did Caged Muai Thai Originate?

Originating with John Wayne Parr (Australian Muay Thai legend) was a fan of both MMA and the UFC. Wanting to create the ‘perfect scenario’, Parr found a way to marry Cage Fighting and Muay Thai via Caged Muay Thai.

“I was laying in bed thinking ‘man I so want to fight in the cage. I so want to do this, but I don’t want to learn the ground game considering I’ve already had a couple of lessons and I’ve already broke my finger and I never had any injuries in Muay Thai,'” said Parr, who owns the Boonchu gym in Burleigh Heads on the Gold Coast in Australia. “That is when I came up with the idea of doing Muay Thai in the cage with MMA gloves on. That helped me get that cage thing out of my system. That is how my promotion came about. All from a broken finger.”

Who is John Wayne Parr?

Also known as “The Gunslinger”, Parr was born 25 May 1976 and is known for being an Australian kickboxer and boxer. He is a legend in Australia and is a former 10-time World Champion as well as being the runner up on The Contender Asia.

Fighting out of Boonchu Gym in Gold Coast, Queensland, Parr has a career spanning almost twenty years, he has a 10-3 win/loss ratio in 150+ fights and has won various awards listed below:

Check out this video below of Parr talking about Caged Muay Thai:

What are the rules to Caged Muay Thai?

Caged Muay Thai has all the same rules as a standard Muay Thai fight, including strikes from punches, elbow, knees and shins, and clinching allowed. It has 5 x 3-minute rounds and is scored in a typical Muay Thai 10 point must system.

The winner is either by a Knockout or points victory. However, with Cage Muay Thai only having the small 4oz MMA gloves, it allows more strikes to get through the guard and land than the larger 10oz boxing gloves would have normally blocked.

The 4oz MMA styles gloves also have less padding making it even more likely for a Knockout.

There is a massive debate around whether Muay Thai is the sames as Caged Muay Thai, however the Bangkok Post suggests that:

‘Cage fighting and Muay Thai are as different as rugby and football.’

This means that for some individuals, there is a major distinction between the two sports. This is mainly because a cage prevents fighters from any avenues of retreat which can add the element of more knockouts, especially when Muay Thai fighters wear lighter glove styles.

‘Muay Thai in the cage will mean that the classic Thai fighters will be pinned against the cage and it will take them years to learn the techniques required to avoid a certain pummelling.’

Consequently, adding a cage to Muay Thai may not seem like a massive jump between the two sports, however the techniques needed to learn in order to fight within this context are difficult, requiring long-term training and dedication to this new fighting space.

Will Caged Muay Thai be as popular as Muay Thai and MMA?

It is a possibility, and hopefully, we will see more of it in the future. Currently, only One Championship holds Caged Muay Thai as most of the leading promotions like to keep things to the traditional way.

However, the K-1 style of kickboxing became the most popular fighting style in kickboxing, so there is no reason why Caged Muay Thai couldn’t be just as popular as Muay Thai and MMA.

Check out ‘Dan Hardy Breaks Down ONE Rules | Hydration, Scoring & MORE’ video below for more info: