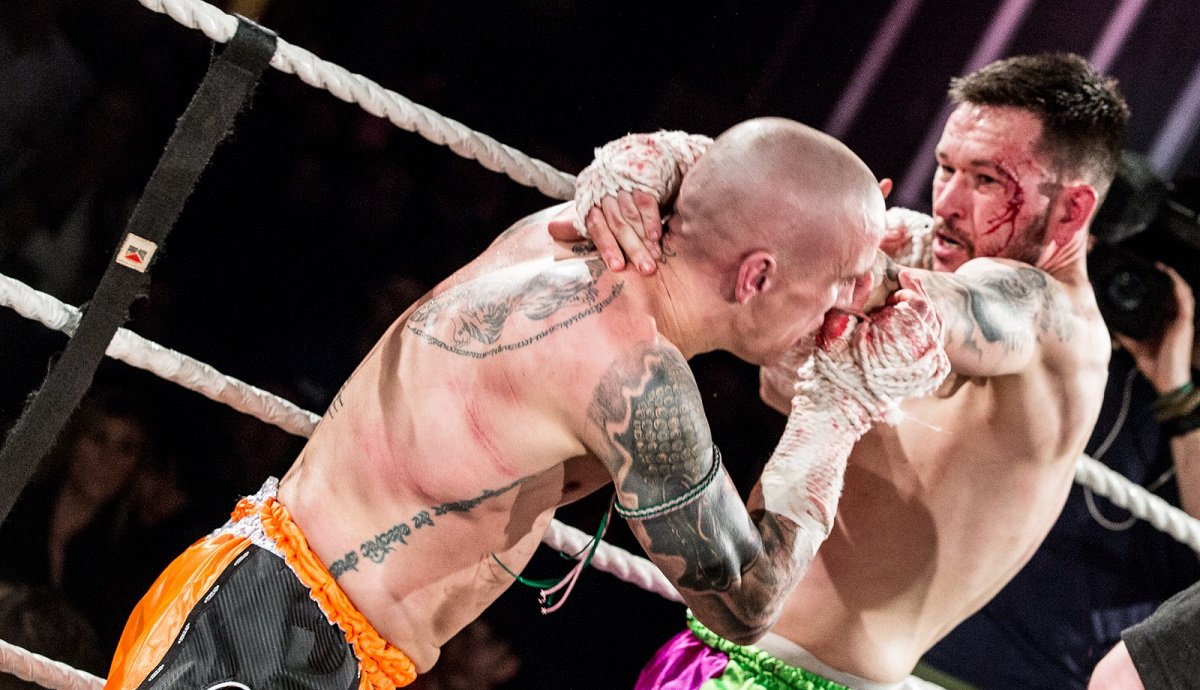 What is the difference between kickboxing and Muay Thai rules?

In all styles of combat sports whether that be kickboxing, Muay Thai or boxing, the principle of the fight is pretty much the same. Both fighters are aiming to win by either knocking their opponent out or to score more points with the three judges.

Even though they are all fought in a boxing ring, every style of combat sports have their own particular set of rules that generally make it quite easy to determine the fighting style.

However, their sometimes is quite a bit of confusion when it comes to comparing kickboxing and Muay Thai as they both consist of punching and kicking.

Both sports are forms of kickboxing, so can they really be so different?

Yes, they are both quite literally worlds apart.

Kickboxing Rules: Where did it originate?

Kickboxing is a Western sport derived from sport karate. The best way to describe it is to imagine boxing but with kicks allowed too.

All strikes are above the waist other than the sweep to the foot.

Thai Boxing Rules: Where did it originate?

Thai boxing is from the East, in Thailand, and was originally formed to train the Thai military. Thai boxing or Muay Thai is named the art of the eight limbs. This is because punches, elbows, knees and shin kicks are allowed and you can strike to the legs also. They would perform their Wai Kru as part of their ritual before a fight starts.

Thai boxing can easily be recognised as the fighters are more in an upright stance than the Western style kickboxers.

What is the difference between Kickboxing and Muay Thai?

The main difference between the two sports is that their is less striking restrictions in Muay Thai as elbowing and knees are also allowed.

A Muay Thai fight usually consists of five three minute rounds with two minute intervals between each round.

This is because two minute rounds were originally for fighters to collect tips during their fight in the Thai stadiums.

A kickboxing world title fight can be a 12 round fight consisting of 2 minute rounds and 1 minute intervals.

One of the biggest differences compared to full contact kickboxing and Muay Thai is the equipment or protection used. In professional Muay Thai fights no leg or foot protection is used, but in kickboxing kick pads and shin guards are worn.

Also in Muay Thai, kicking the arm or guard can score as it is considered still being effective striking, we’re as in kickboxing, kicking a guard would not score.

In professional kickboxing the WKA (World Kickboxing Association) insist in their rules each fighter must throw a minimum of 8 kicks per round.

The apparel or fight wear worn is also different as Muay Thai fighters wear satin shorts and Kickboxers traditionally wore satin trousers in full contact kickboxing. In recent years with the popularity of K-1, kickboxers now tend to wear a similar style of satin shorts like in Muay Thai.

How is Muay Thai Scored?

Muay Thai does use a point system but it is  scored differently to most other stand up combat sports with their ten-point must system.

Muay Thai fights are judged by a fighters overall performance as opposed to adding up scores from each round.

Muay Thai is scored on how damaging the strikes are. So even if they land a shot, if it is considered weak it doesn’t score.

How is Kickboxing Scored?

Western-style kickboxing is scored by landing clean shots regardless of the impact, unlike Muay Thai. 10 points to the winner of each round and 9 to the other. If the loser of that round also gets knocked down and counted, he/she will only get 8 points, so it will be a 10/8 round.

Is K-1 the same as Thai boxing?

No, but it is similar as compared to traditional full contact kickboxing.

K-1 is the most recent style of kickboxing and it’s style and rules are used worldwide and in promotions like Glory Kickboxing. It has become popular as its rules allow it to cater for both kickboxing and Muay Thai fighters.

K-1 is considered a hybrid version of both kickboxing and Muay Thai. It permits extra strikes like knees and low kicks.

K-1 still has the ten point must system, but knees and low kicks are allowed.

However, the clinch is restricted to just one strike as the clinch in Thai fights and some consider this boring for spectators.

Read our full article ‘What is K-1 kickboxing’ here.

What moves are different in Kickboxing and Muay Thai?

What is Muay Boran?

Muay Boran is an ancient style of Muay Thai. This version is named the ‘art of the nine limbs’ as it has an added ninth weapon which is the headbutt. This ferocious weapon would have been commonly used to a devastating effect.

This style of fight also does not use Thai boxing gloves but hands are wrapped in hemp rope.

The contest doesn’t have a point system and you can only win by knockout otherwise the fight will result in a draw.

It is these brutal rules that has made Muay Boran rare to see in the U.K.

Sidekick has sponsored one of the U.K’s best K-1 and Muay Thai promotions, Stand and Bang. This fantastic promotion also put on Muay Boran fights which you can see below.

Who would win between a kickboxer vs a Muay Thai fighter?

This seems to be a very popular question amongst the fight fans and often gets debated on social media.

The answer really depends on the fighters. The Muay Thai style and stance would be very tough for a kickboxer to break down, but some kickboxers can be very unpredictable that a Thaiboxer may find it too awkward.

This is a reason why K1 kickboxing has become so popular as it has fighters from both kickboxing and Muay Thai which makes it very interesting to watch.

Read our article how Muay Thai compares with MMA from the Muay Thai legend Kieran Keddle at the link below.