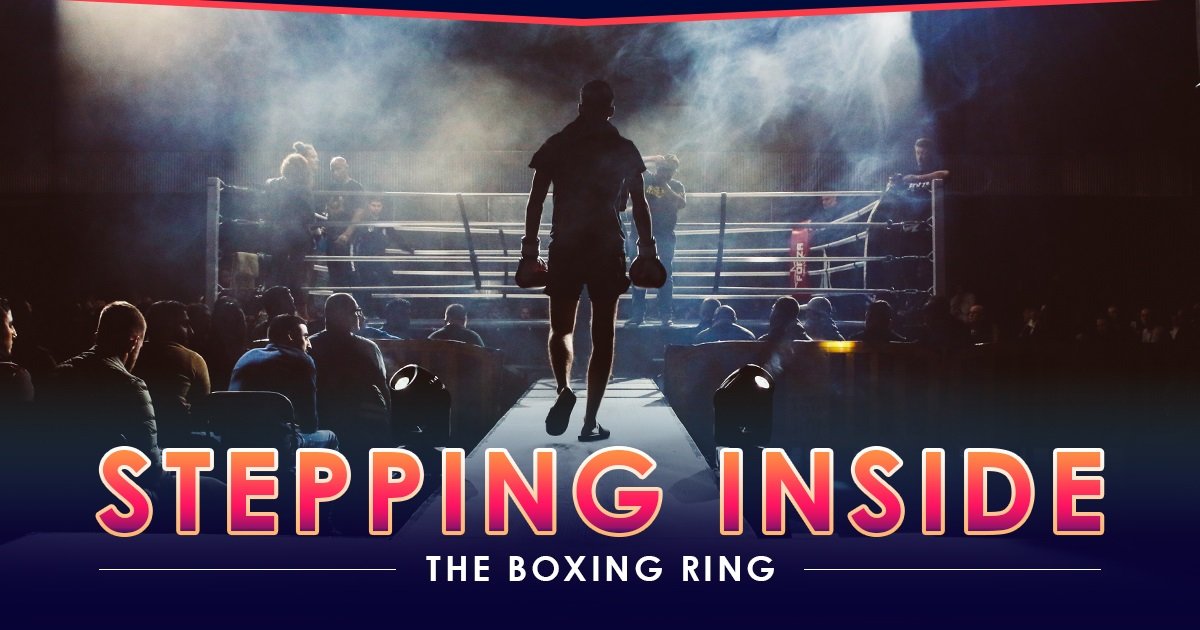 Inside the boxing ring

What it feels like to step inside the boxing ring

When you watch professional fighters it looks like they have nerves of steel getting into the ring, but were they once a nervous amateur or are they just hard as nails?

Let’s be honest, we all want to give off a tough image, but that feeling when your about to have your first ever kickboxing fight will never be forgotten.

It can be very nervy going in to a boxing ring, not just the fact your about to have a fight, but because of all the dedicated preparation you have put in to getting ready, which can easily put extra pressure on yourself to perform your best.

However, even the professionals will still have an element of nerves as they are going to want to win as much as their opponent. It is how they handle their nerves will determine a level of fighter. Some fighters even choose to use a mind coach to help them mentally prepare for a fight like Liam “The Hitman” Harrison who is a Muay Thai fighter with over 100 fights.

Let’s face it, even the super confident fighters like Prince Naseem Hamed or Chris Eubanks Sr who would flip over the ropes to enter in to the ring, they still probably had some nervous moments building up to their fights, even though their show boating through the entire fight would appear them to be completely fearless.

Getting nervous is perfectly normal and everyone will experience nervousness at some point, whether that be their first sparring session or a real fight. It feels like a combination of anxiety, fear, and excitement all at once. Your heart rate may increase, and you may feel that butterfly nervous stomach feeling. The most important thing is to always to control your breathing. Read our article ‘How to Breathe in boxing’ here.

Daniel Knight, the founder of Sidekick Boxing, gives his first hand experience of his first ever kickboxing fight.

“I have never been a fighting man, I would always rather talk my way out of a fight, so I took up kickboxing to see if I had it in me to be able to take a punch. Also, I am not someone to give anything up so once I had started kickboxing, their was no going back.”

“The thought of sparring was daunting enough. The club in Brighton I went to you had to be a grade orange belt or above to spar, so this is about 6 months of training. I remember the first time I got caught on the nose, it did make my eyes water.

It is good that most martial arts clubs recommend 16oz sparring gloves as they have extra padding, however in competitions you use 10oz boxing gloves and you punches feel so much sharper.
I found with training and sparring nearly every day you get more used to getting hit and also stop flinching, this really improves you as a fighter.

As I was getting better in training my sparring partners suggested we put our names down to enter a competition. I wanted to do it to prove to myself I could, but my nerves was terrible just the thought of it. When I asked my coach who was an ISKA professional world kickboxing champion about the nerves he said “If someone doesn’t get nervous their is something wrong with them”. This was reassuring to hear.”

What was it like to step in the boxing ring?

“It definitely helps to have your friends there for some moral support but that moment when your name is called out to walk to the boxing ring it feels like walking through a tunnel and your totally alone. I didn’t know who I was fighting so you imagine someone like Mike Tyson to step in the other side of the boxing ring.”

Ding! Ding! And The Bell Goes

“When the bell goes and within seconds of getting into the fight, the nerves have totally gone. Everything you have trained for years in the gym just comes naturally. What is also nice is after the fight both you and your opponent are so respectful to each other, maybe because you both know what you both have been through.

When I asked a friend who was a full contact fighter about the nerves he said “Fight 10 – 15 times and it gets easier”
I went back training the next day, the fight had definitely boosted my confidence and my sparring got much better from it.

When you have experienced what it is like to be a fighter, it makes you admire the professionals much more!”