Home>Kickboxing and MMA news and equipment>Why Do UFC Fighters Get Cauliflower Ears? 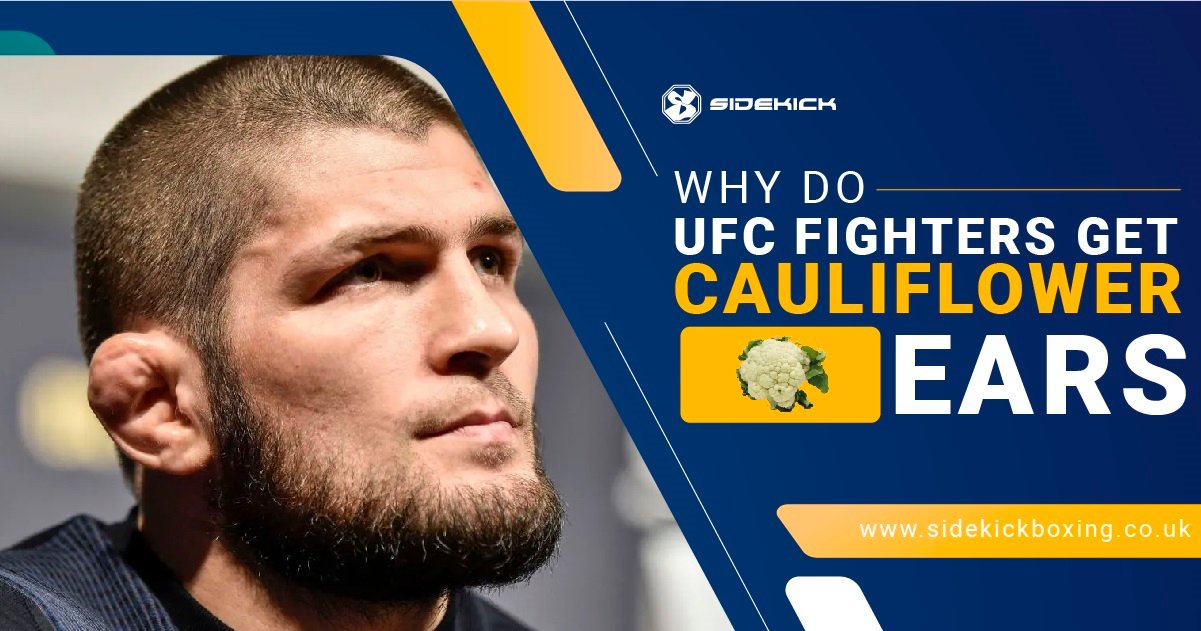 Why Do UFC Fighters Get Cauliflower Ears?

We have all seen that one UFC fighter that looks like they’ve had one too many fights. Their ears are so deformed it’s enough to put us off taking up a combat sport ourselves. These abnormal ears are what is called cauliflower ears.

What is a Cauliflower Ear?

Find out more about cauliflower ear below:

Cauliflower ear is generally caused by either single or multiple blows to the ear from combat sports like MMA and boxing.

The injury to the ear leads to a blockage that prevents blood flow and damages tissue. This results in a bumpy or lumpy appearance on the ear part, similar to a cauliflower. If treated early, it can help reduce or prevent permanent deformity.

If left untreated, the hematoma forms a fibrosis (abnormal tissue) blocking the cartilage from the skin. This in turn causes death of the underlying cartilage tissue resulting in the “cauliflower ear” appearance.’

Cauliflower ear isn’t considered dangerous, however, if left untreated, it can lead to ringing in your ear, and it’s not the most attractive of looks (not unless the girls like it).

How to Prevent Cauliflower Ear?

There is no 100% prevention to stop cauliflower ear in combat sports, but wearing protective headgear while sparring is essential to reduce the risk of getting direct contact to the ear.

No head protection is worn in professional MMA bouts, so there will always be the risk of getting a damaged ear for every fighter. Also, the other issue is that as fighters don’t wear head guards during their fights, many don’t wear them during training.

‘Preventing cauliflower ears is actually pretty easy, as it simply means avoiding getting hit in the ears or wearing a helmet when training and competing. That being said, pro fighters can’t wear helmets, so that’s mostly good advice for everyone else.

In any case, if you do get hit on the ear, other things can be done. Healthline recommends icing the injury spot as soon as possible, as that can stop the cauliflower ear from happening. Of course, as you develop your MMA career, you should always consult a doctor about health concerns.’

Every fighter can suffer from cauliflower ear differently. Some can have it relatively mild where it can be treated by themself. At the same time, it can be pretty severe for others where it needs medical attention. The aim of treating cauliflower ear is to ease the blockage so that blood can flow again to the affected areas.

If it is mild, you can apply ice packs to help reduce the swelling. If severe, a doctor may need to make a small incision to drain accumulating blood, remove a clot and prevent further bleeding.

Cauliflower ear is permanent, but in some cases, you may be able to reverse the appearance using corrective surgery, known as otoplasty. During the surgery, your doctor cuts your ear to expose the cartilage.

Your doctor either removes some of the cartilage or uses stitches to reshape your ear. There are products available to help aid your ears. If they hurt after training or have recently been drained, you can wear products that cover the ear, providing light even pressure that is perfectly contoured for your ears to prevent fluid accumulation.

Do all UFC Fighters get Cauliflower Ears?

It is not just UFC fighters who suffer from cauliflower ear; it’s all combat sports, including MMA, boxing, and kickboxing. It is even familiar in contact sports such as rugby.

MMA fighters might suffer from cauliflower ears more than other fight sports as the worn gloves are much smaller and with less padding.

If a cauliflower is not treated correctly or promptly, they can explode as shown by Leslie Smith’s infamous fight.

During her fight against Jessica Eye, she received a blow to the side of her face which caused her cauliflower ears to explode from the impact with blood dripping down the side of her face and her ear torn almost in half.. The bloody mess didn’t seem to deter her, however the fight was stopped as a result of the injury.

When asked about her exploded cauliflower ear, Leslie said:

‘Q: What did it feel like when the punch landed and your ear exploded?

A: I really didn’t feel anything. I don’t remember it hurting at all until after the fight. When I watched the replay, I saw the ringside person pushing gauze all the way into my ear, and I remember that in that moment, it did hurt. Otherwise, I was so mad that they stopped the fight that I didn’t feel anything.’

When asked about how her cauliflower ears developed, she said:

‘A: I didn’t start training until I was 26 years old, but I got really into it. I was a personal trainer at a gym, and I watched an MMA class for 10 minutes and thought, “I want to do that.” So I started training, and a month later, I had my first fight. I’ve done so much grappling and striking over the years without headgear that I guess that’s how my cauliflower ears developed.’

Combat sports can be a very dangerous game at times, so it is crucial to be as safe as possible to wear the correct protective equipment. And not just to prevent from getting cauliflower ear but from any injury that can happen in fighting.