Home>Kickboxing and MMA news and equipment>Do Transgender People have an Advantage in Sports? 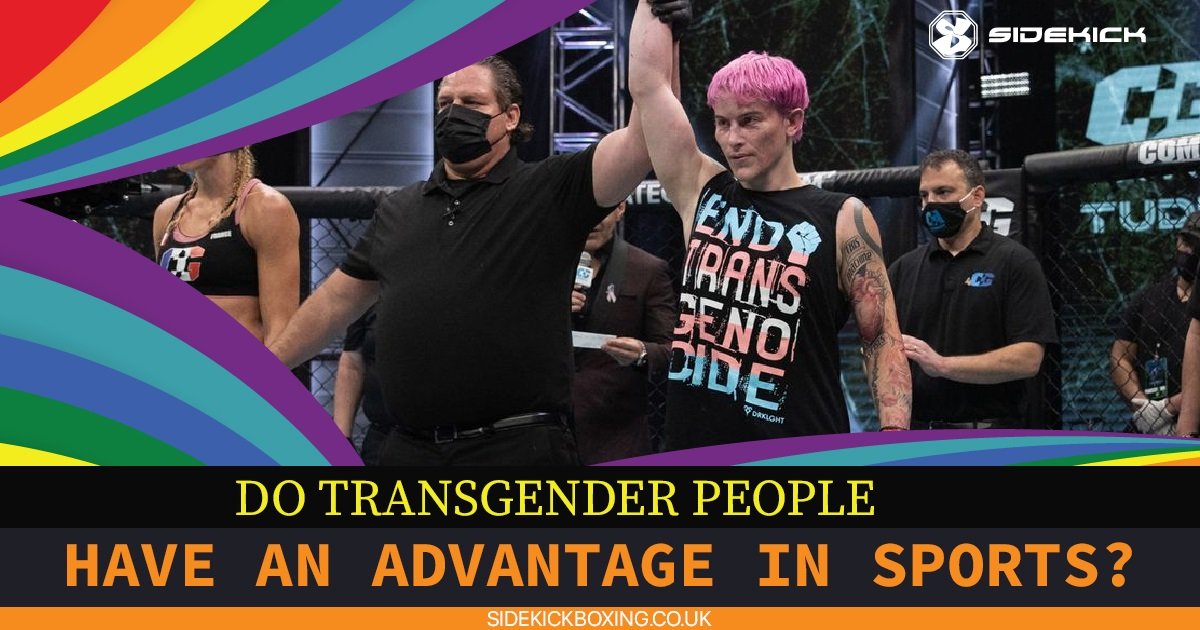 Do Transgender People have an Advantage in Sports?

We are now in a world where equality is essential, and everyone from all walks of life is accepted. In the sporting community, people of diverse backgrounds and ethnicities are accepted. However, there have been fierce debates on including transgender people in sports, and even Prime Minster Boris Johnson believes trans women should not compete in women’s sport.

For example, Lia Thomas recently won a women’s 457-meter freestyle swimming competition, causing social media uproar. The grey area of who a transgender person should go up against when competing has been instigated by the grey area.

What does ‘Transgender’ mean?

‘Transgender is an umbrella term for persons whose gender identity, gender expression or behaviour does not conform to that typically associated with the sex they were assigned at birth. Gender identity refers to a person’s internal sense of being male, female or something else; gender expression refers to how a person communicates gender identity to others through behaviour, clothing, hairstyles, voice or body characteristics. “Trans” is sometimes used as shorthand for “transgender.”‘

Simply put, transgender people have a gender identity or gender expression that differs from their sex at birth. They believe they are of the wrong sex of the body.

Transgender people may choose to go through surgery or use hormones to transition from one sex to another, but not all do.

Recently, debates surrounding trans inclusion in sports have become increasingly heated; however, this has been a debate for several years now.

Back in 2018, Rachel McKinnon won her UCI Masters Track World Championship. As a result, she received more than 100,000 hate messages on Twitter.

Below we will provide arguments for and against the inclusion of transgender people in sports, specifically combat sports such as boxing and MMA.

Arguments for Not Including Trans People in Sports

Cisgender people whose gender matches their birth sex are 8-12% stronger than cisgender women. This means that they may have the upper hand when it comes to physical strength and perhaps height etc. which can create an unfair environment for other competitors. Read our article ‘Men vs Women’ here.

Nicola Williams of Fair Play for Women – a group established to represent women’s voices “in a rush to reform transgender laws”, believes trans women should not participate in the female-only sport until more evidence is gathered.

Arguments for Including Transgender People in Sports

When a person transitions from biologically male to trans female, they go through radical physiological changes with muscle mass, strength, and speed reduced.

Take Rachel McKinnon as an example; previous to her win at the UCI Masters Track World Championship in 2018, she was beaten by her fellow cis competitor in 10 of 12 previous events.

Especially in sports like boxing, weightlifting and judo, separate weight categories also exist, which means that athletes can compete against competitors of a similar size to them.

Trans people have been competing in sports for years now. However, it has only recently become a topic of hot debate. For example, Renee Richards, a professional tennis player, had sex reassignment surgery in 1975. The United States Tennis Association refused her entry into the 1976 US Open, but she appealed, and the New York Supreme Court decided in her favour in 1977. Martina Navratilova won two Wimbledon titles under her tutelage.

Government figures suggest 200,000 to 500,000 transgender people in the UK, equating to 0.3%-0.75% of the population. Even when trans people are involved in sports, they are a tiny percentage of the competitors. As a result, there is no proof that engagement among cis women diminishes when a trans woman is there.

One of the most famous transgender fighters is American mixed martial artist Fallon Fox. Fallon was the first MMA fighter to come out as transgender, and she even once fractured the skull of her opponent in an MMA fight back in 2014.

Her fight against a French woman prompted an immediate backlash on social media from many who say it is unfair for a trans woman to compete against a cis-gendered athlete in the sport.

One person who shocked the boxing world was a promoter, formally known as Frank Maloney, who managed Lennox Lewis between 1989 and 2001 and earned the undisputed heavyweight championship of the world under Maloney.

According to the BBC, this made Maloney the first Briton to manage a British heavyweight champion in almost a century. At 61 years old in 2014, she announced that she wished to be known as “Kellie” and was undertaking gender reassignment.

Kellie said in a recent interview in GBnews:

Formally known as Patricio Manuel, Pat is a trans man. Manuel is a five-time USA female national amateur boxing champion. He fought his last fight as a woman in 2012 against Tiara Brown.

Caitlyn isn’t a combat sports athlete, but once a gold medalist and the father to one of the world’s most famous families, she was undoubtedly going to make the headlines.

Caitlyn Jenner is the father of the Kardashians and was initially known as Bruce Jenner. At the same time, she won an Olympic gold medal in track and field events.

Jenner took a gold medal and set a world record in 1976 for the most points in the decathlon. A decathlon is where competitors take part in the same ten events, 100 metres sprint, long jump, shot-put, high jump, 400 metres, 110 metres hurdles, discus, pole vault, javelin, and 1,500 metres.

For many years there were concerns to Bruces behavior within the family, as he would often be seen in the middle of the night dressed in women’s clothes. You might think that could happen to anyone being surrounded with a house full of glamour like the Kardashians, but in fact Bruce had always known he wanted to be a women, and in 2015, Bruce transitioned as a women and now goes by the name of Caitlyn.

There is nothing wrong with someone being a transgender person; it’s like everything in life; it’s okay if it makes you happy and is not hurting anyone else.