Home>Kickboxing and MMA news and equipment>Glamour Modeling to Kickboxing: The Faces Of The Fight Game 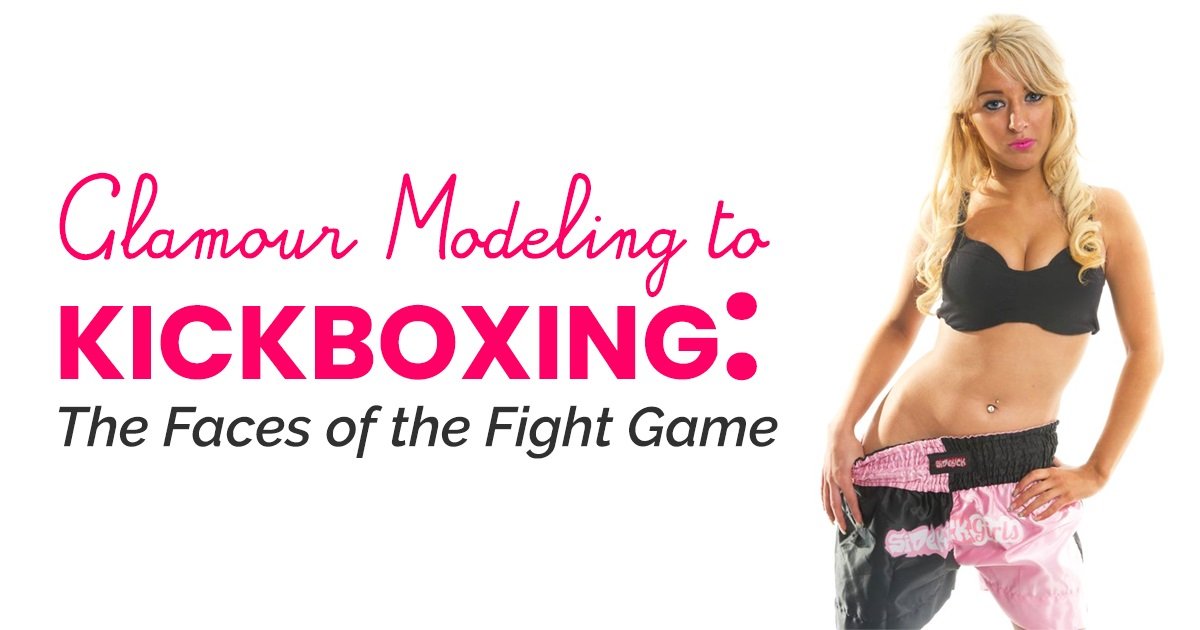 Glamour Modeling to Kickboxing: The Faces Of The Fight Game

There are two words you would not put together: glamour and fighting.

However, from both ring girls to kickboxers, being glamorous and part of the fighting community is not uncommon.

Our article below talks about the celebrity factor of glamour modeling for sports as well as ring girls and even glamorous fighters too.

When Sidekick launched in 2010 as a kickboxing equipment brand, we never thought for one second that it would be such a famous brand for glamour models to want to do a photoshoot.

As soon as Sidekick hit the scene, it wasn’t long before it exploded all over the web. Sponsoring the best fighters around and even associated with celebrities like Alex Reid, who featured on Channel 5.

Sidekick gained so much popularity that female models who may have only previously done glamour shoots soon wanted to be a part of the unique Sidekick brand.

The Glamour models and promotional girls had featured in various publications, from laundry shoots to featuring in glamour mags like Nuts Magazine.

Even glamour model Katie Price got in her Bentley with a pink Sidekick sports bag. This naturally created a huge demand for female products for both fight and activewear, given the subsidiary brand name Sidekick-Girls.

Firstly, models are models, other than some may prefer or have an image suited to glamour, and some suited to fashion. The work involved is the same. Like all our product images, especially when modelled, we wanted the result to look as best as possible.

As we would use glamour models alongside professional photographers to shoot our products, we received a little criticism from social media for not using accurate fitness models or fighters.

This wasn’t any of our intentions as we were already sponsoring many top female fighters across the U.K. It was simply the fact the models we used had plenty of experience in modelling and wanted to be part of the brand. It was a win-win.

In recent years, there has been quite a debate on whether ring girls should play a part in sports anymore or if they are an outdated and sexist idea.

In a live debate on ITV, Legendary boxing promoter Frank Warren said that ring card girls are “great ambassadors” for the sport and insists he will not stop women from doing their job in the ring. But former F1 presenter Beverley Turner strongly disagrees, and thinks the tradition is “outdated” and belongs in the “seventies”.

Back in 2018, the debate was opened up to F1 racing. They ended up getting rid of the ‘grid girls’ for the upcoming season, suggesting that they were ‘at odds with modern society’.

There have been many debates on whether ring girls should be banned from fights, however being a glamorous woman and a fighter isn’t necessarily a dichotomy.

There are many ring girls who enjoy their job and have stood up for their jobs in the heated debate below:

The first glamour model who took to the brand was Vicki Mckillop from Burnley. Vicki was Sidekick’s face for many years, and she trained at a Muay Thai gym Haduka. We also have worked with many ring girls who have enjoyed being models for the brand.

One person who is both a fighter and a glamorous woman is the boxer, Ebanie Bridges. She is breaking all the biases associated with glamorous women and fighting.

Her website says that she is a professional Boxer from New South Wales, Australia who has held the ANBF Australasian female super-bantamweight title since 2020. She is part of a movement to inspire and encourage women to embrace the sport worldwide.

‘Bridges who is breaking all the gender stereotypes as a maths teacher and boxer said she was tired of getting a ‘weird reaction’ from people when she said what she does for work.

‘They never believe me because of the way I look,’ she said.’

As mentioned above, when we first launched our products back in 2010, we wanted to cater for everyone, including men, women, and even children. The women’s kickboxing equipment would consist of vibrant pink colours of boxing gloves, kickboxing footpads, head guard and pink satin trousers.

All of these would also be available in an attractive matching kickboxing set. This line of kickboxing equipment took a massive liking to promotional ring girls and other fitness models. Many of them would contact us to have a photoshoot in our studio wearing our feminine range of gear.

This trend blew up across the U.K, but even though these models all came from a background or interest in martial arts, we wanted to see our pink Sidekick logo more inside of the ring.

So it wasn’t long before champion female kickboxers, MMA, and Muay Thai fighters were proud to be flying the Sidekick flag.