Home>Kickboxing and MMA news and equipment>Kickboxing to Boxing : A Transition 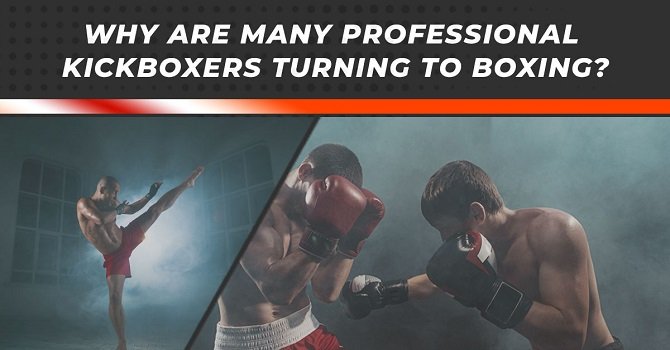 Kickboxing to Boxing : A Transition

Why are many professional kickboxers turning to boxing?

At the moment, boxing is huge. With the rivalry between heavyweight stars like Anthony Joshua, Deontay Wilder and Tyson Fury, boxing is increasingly gripping to watch and read the latest news about. Additionally, its not just big names that are making the sport as popular as it is today, it is also promotions like Matchroom Boxing which is giving fighters a world class platform as well as a purse that we would probably all take a punch of Joshua for!

So, its easy to see why kickboxers are transitioning to boxing, but this hasn’t always been the case. In the 90’s, after films like Kickboxer, everyone wanted to be part of this increasingly popular sport. In the 2000’s everyone wanted to be a MMA fighter, and now over the last 10 years boxing is probably as big as its ever been.

What do kickboxers earn per fight?

Many pro-kickboxers have fought for an international-level title fight and just banked £1500. To live a fighters lifestyle doesn’t come cheap. With diet, travelling, kickboxing equipment and kickboxing classes, all of these expenses mount up. So, it is easy to see why kickboxers are thinking of transitioning to boxing for the money benefits alone.

The biggest promotion for kickboxing is promotions with companies like Glory Kickboxing. Glory has their own kickboxing superstar, Rico Verhoeven, who is the Anthony Joshua of kickboxing and is making millions. Glory can pay fighters yearly contracts starting at £35,000.

Can a kickboxer become a boxer?

Some kickboxers surprisingly can have better hands than a boxer, but if a kickboxer is more dependent on their legs, switching to boxing may not be the best option. Also to be a top level boxer earning millions you also need to be a formidable character like Tyson Fury to get the audience and the pay packet too.

It may seem the grass in greener on the other side but a pro boxer may experience the same issues as a kickboxer if they are not cutting it on the big stage.

The bottom line is to be a fighter, you must be passionate about the sport and not as interested about the money, as much as we would all like our name shining bright in lights.