Home>Kickboxing and MMA news and equipment>The Boxing Results: How Does The Scoring Work? 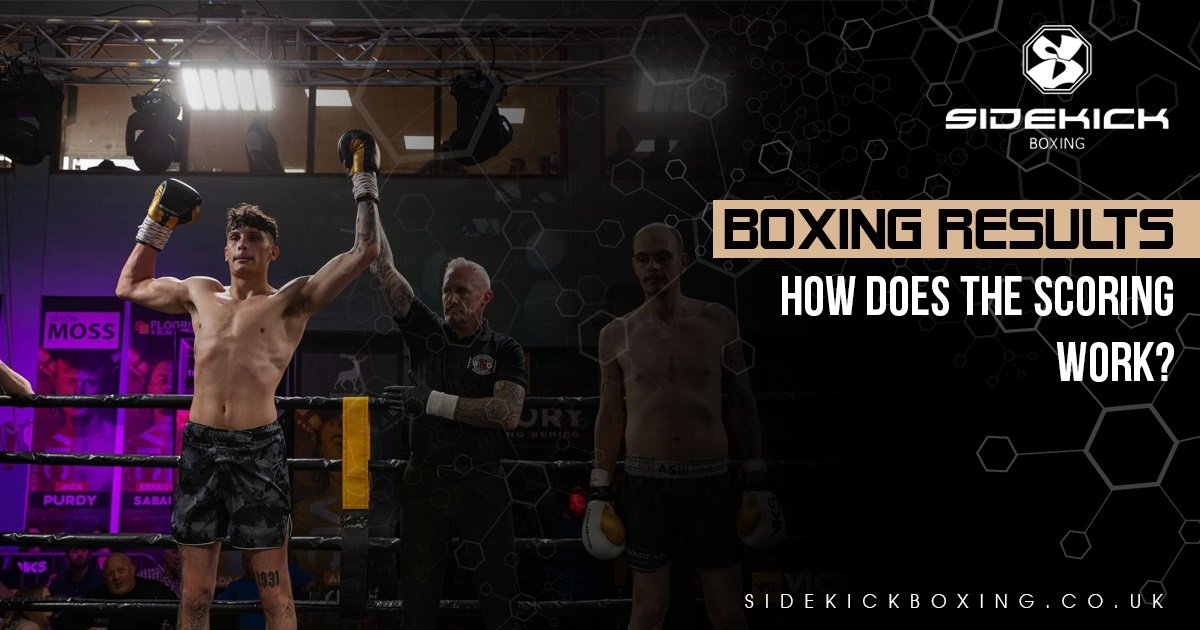 The Boxing Results: How Does The Scoring Work?

Have you ever watched a boxing match were the MC announces the winning fighter and wondered what the different boxing results mean?

Well, that boxing result is from the judges who play a vital role in a boxing fight.

A boxing fight has three judges who sit at different sides of the boxing ring and after each round, each of the judges independently score it using a ten point system, were each round the maximum a fighter can score is ten points.

If there is a knockout during one of the rounds the scorecards are not necessary and the boxing result is marked as a knockout (KO). If the fight does last the duration and both fighters are still standing after the last round, it comes down to the judges scorecards, which are tallied up to determine who is the winner.

This is why it is crucial they must pay close attention throughout the match and score each round based on the fighters performances. Boxing is a fast paced sport and one blink and the judges potentially could miss an important aspect of the round.

In a perfect world, each judge should see the fight the same and their scorecards should reflect that. However, from sitting from different sides of the ring they might score it slightly different to the other judges.

Even though judging in boxing has certain factors to how it is scored, as it is opinion based, every judge may naturally view fights differently.

Not only that, but unfortunately, sometimes you do get judges who can be a little biased towards favourite fighters. Read our article ‘Is boxing corrupt?’ Here.

A no-contest is very rare as it is when the fight is forced to stop which is taken out of either fighters hands. It happened to Mike Tyson when he fought Andrew Golota after the officials discovered that Tyson had tested positive for marijuana after the fight. Because of this, Tyson’s victory over Golota was overturned and the result changed to a no-contest.

How do boxing scores work?

A boxing fight generally should have a winner and a loser, and unless a KO, this is where the boxing decisions come in which is from the judges scorecards.

There are three main boxing result terms from the judges, and deep down generally mean the same. One boxer, unless it is a draw is victorious, but it’s how many judges favour the winner.

Boxing has a 10-point scoring system, with the victorious boxer of the round receiving 10 points (assuming no deductions) and the losing boxer receiving less points.

The judges scores are kept private until the end of the fight when they are put together to decide the winner. The winner is the boxer who the judges have awared not necessarily total points, but majority of the judges total verdicts.

Basically, if two judges have one boxer to win and one judge the other, the boxer with two judges wins.

Since each judge scores based on their own opinions without observing the others scores, the final result may vary and there are various potential outcomes. The final verdict is either an unanimous, majority or split decision.

What is the difference between majority, split and unanimous decision in boxing?

A winning verdict is determined in one of the following ways, depending on how the judges scored it.  Below we explain what they all mean:

It is the majority and split decisions that can be easily muddled up. The majority decision is when two of the judges award one fighter the victory, and the third judge made it a draw. This can happen if the judge awards both fighters winning the same amount of rounds. For instance, both fighters win 6 of a 12 round fight. The fight is declared a majority decision as the majority of the judges favour one boxer. On the final scorecards, the successful boxer has a 2 clear lead.

A split decison is when 2 judges award one fighter the win, whereas the other judge awards it to the opposition. The fighter with two of the three judges in favor of winning, they are announced as the winner by a split decision.

With all the winning boxing result decisions made by the judges, deep down all mean the same thing. As ultimately, except for rare occasions of a draw, one fighter would of won and one would of lost. However, we hope this article has made it much clearer on the judges verdicts, and next time when you watch a boxing fight with friends you can be the one impressing them by explaining it.