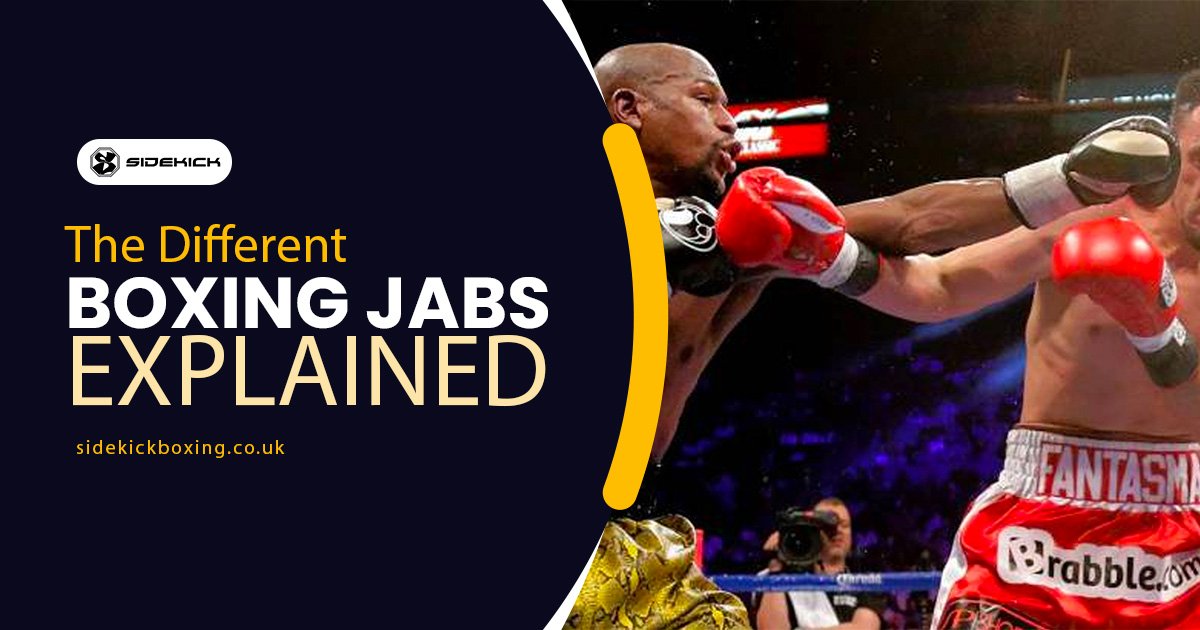 The jab is by far the most essential punch in boxing. It can work effectively for both offence and defence. It is sharp and snappy that it will throw an opponent off guard for a fighter to tee up their power shots, or it can be enough to sting an opponent off from coming in with a forceful attack.

The beauty of the jab, as simple as it may look, has many various ways of using it. It can be thrown multiple times to the head or body. And, as the jab is simply thrown from the guard position, it doesn’t need to be used cautiously as it doesn’t usually put a boxer in the firing line if the jab is unsuccessful.

In any boxing club, the jab will most definitely be the first punch taught, and even though it’s quite a simple technique, if you make it pro, you still will continue to perfect it.

What is a Jab?

In martial arts, a jab is a form of punch. There are several varieties of the jab, but they all have the same characteristics: the lead fist is thrown straight ahead while in a fighting posture, and the arm is completely extended from the side of the body. A short torso turn is also involved in this operation.

The following is a description of the punch’s mechanics:

Below we will guide you through the various jab techniques and their advantages and disadvantages of using them.

To throw a basic jab, get into a boxing stance and stretch the fist of your front arm straight out towards your opponent without moving your feet, torso, or head. Return your fist to the guard posture when you land or your arm is fully extended.

Top tip: Don’t elevate your elbows; maintain them in line with your body. This can happen inadvertently, so try practising the jab with your punching side against a wall.

Advantages: The basic jab is a static strike that is simple to throw and does not influence your defence. The emphasis is on speed and accuracy so you can land more powerful strikes.

Disadvantages: The basic jab has minimal power output. Otherwise, your opponent will walk through it if you don’t follow up with more significant blows like the right cross or left hook.

You step forward with your front leg when you extend your front arm. As you recover your jab hand, you quickly bring your back foot up at once. Your body will be one step nearer to your opponent at the finish of the step jab.

Advantages: The step jab has more force than the standard jab and lets you catch your opponent off guard. You can employ the step jab to shift from outside to inside, reach fast and land strikes when your opponent isn’t expecting it. The step jab allows you to advance into your opponent, putting his defence to the test while also allowing you to escape.

Because the step jab is perhaps the only punch that can carry you from outside of range into punch range, I employ it at least 80% of the time.

Disadvantages: Because your feet are stretched wider than in the basic stance during the step jab, it weakens your equilibrium. You may lose your balance and become vulnerable to further strikes if your opponent lands a punch on you at the correct time.

Because you can’t fire the right cross until the back foot slides forward into position, the step jab may slow down the speed of your 1-2 combo.

The screw jab is not as often used as a standard jab, but it can effectively break through an opponent’s guard correctly. The screw jab is a sneaky move which is hard to defend and tightens in the backhand perfectly.

How to do a screw jab:

● The screw jab is delivered by turning the right shoulder (if you are an orthodox boxer) and then throwing the screw jab with the left hand.
● The palm will be facing up.
● It is delivered with an upward thrust to split your opponent’s guard and land right down the middle.

It is often described as an uppercut with a straight arm. I recommend you step in with the screw jab as it is thrown.

Advantages: The punch comes up at an angle, making it harder for the opponent to telegraph. As you twist your shoulder round, it gets a more extended reach.

Disadvantages: It requires more body movement and could make it slower than a routine jab. With a standard jab, you can keep jabbing continuously; however, with the screw jab we found after throwing it, the jabbing hand needs to come back, and only the backhand can be followed up with.

Jabbing Over a SouthPaw Guard

This jab generally only works when the opponent is in the opposite stance. Their lead hand will be in line with yours, making it challenging to get the jab past their gloves. So, going over the top and jabbing down is one way to get through.

How to jab over a guard: Assuming you are in an orthodox stance and they are a southpaw. Step over to the left, your arms slightly higher and jab over the top over their lead hand. This won’t always work against an opponent as it works well if the opponent is left-handed, shorter or crouched down.

Top tip: Against a southpaw stance, always step off to the left. This way, you will always avoid walking into their big cross.

Advantages: This is a power jab because you throw it with your entire body moving forward. The power jab makes throwing a quick 1-2 much easier since your back foot will be planted and ready to power your right cross straight after you throw your jab.

Disadvantages: Because the action of your front foot gives away your intention to attack, the power jab is easier to recognise and defend against. Because it is launched with the rear foot rather than the front foot and lands later, the power jab is more brutal to surprise your opponent.

Pivot jabs are thrown by orthodox fighters by pivoting clockwise on their front foot as they fire the punch. Your rear foot should swing one or two feet from its initial position while your front foot stays put while pivoting on its ball. (Southpaw boxers pivot in the opposite direction.)

Advantages: Using the pivot jab, you may produce power while turning your body out of harm’s way. The pivot jab allows you to use angles in your strikes, which improves your boxing ability.

Because your jab was launched at an angle (due to the pivot), your right cross will be fired at an angle as well, making it more straightforward for you to hit blows and more difficult for your opponent to block strikes. The pivot jab has offensive (power), defensive (angle), and counter-punching (angle) capabilities (movement).

The pivot jab can be employed to play keep-away while attempting to box your opponent from a distance. Or at the finish of a combo as you pivot your body out of the path.

Disadvantages: While pivoting on one leg with the pivot jab, your equilibrium is temporarily disturbed. Because the backhand will be further away after you throw the pivot jab, it may be more challenging to follow up with a cross.

How to throw a Backstep Jab: You throw the jab as you step back with your back foot. You will then recover your front hand as you recover your front foot. It’s a great way to stop your opponent’s momentum and quickly counter with a retreating jab followed by a cross.

Advantages: The backstep jab allows you to punch while retreating, which helps fight off an opponent’s attack.

Disadvantages: The backstep jab is a weak punch thrown while retreating. Although it may land, it won’t do much to keep off an aggressive opponent unless you combine it with other counter-punches.

Common Mistakes Made in Jabbing

My Boxing Coach suggests: ‘Whilst we can talk about a fast and accurate jab, it’s surprising how many boxers allow bad habits to creep in when using the jab. If the jab is thrown correctly, it’s a winner. On the other hand, if it isn’t deployed appropriately, it’s a key ‘chink in the armour’ that will more often than not lead to a flattened nose and an abject feeling of defeat!’

When throwing a jab, there are a few significant issues to be aware of:

The jab is the most critical punch as it is the one behind which all the other strikes come. So it can definitely never be over-practised. It is always good to practise different jabs, and you can certainly never overdo it.

There are endless ways to use the jab. From my experience in boxing, just about every jab you ever throw will have qualities.

Watch the video below to see fighters getting knocked down by the jab: