Home>Kickboxing and MMA news and equipment>Top 10 Female MMA Fighters In The U.K In 2022 (Amateur Only) 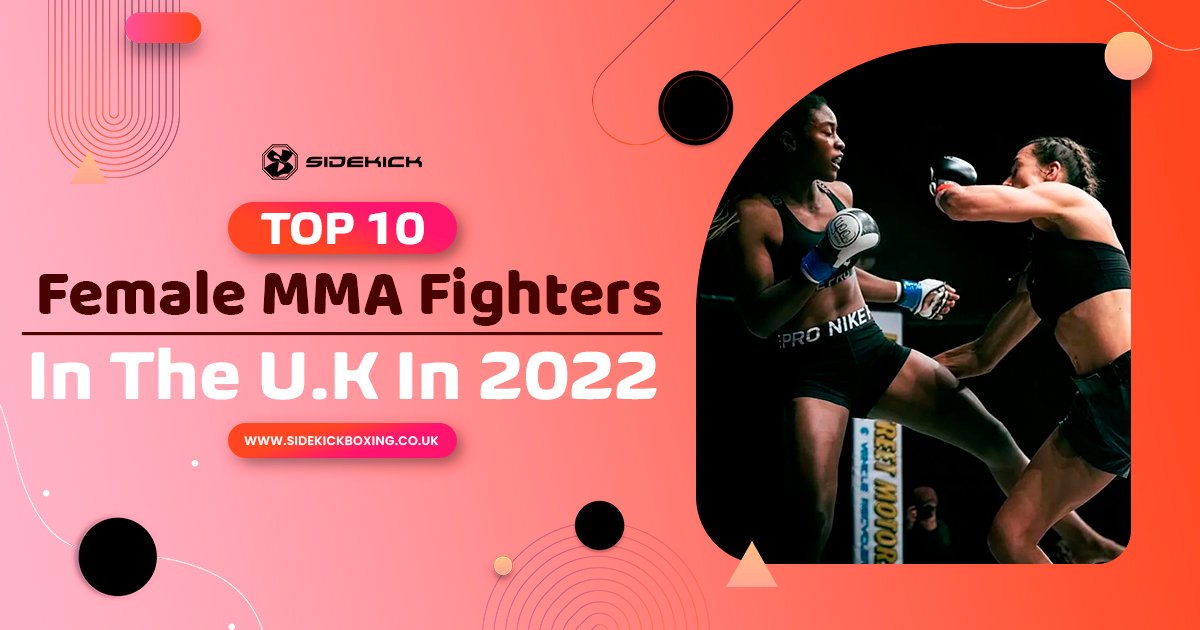 In recent years, the UK has been making its mark on the female MMA scene. Solidifying its place as a force to record with when it comes to pure unbridled talent, from Cage Warriors South East to Bellator, UFC to PFL and many other exertional organisations across the globe.

Today we will be taking a look deep into the very seed that has sprouted into the giant oak of the professional circuit, the amateur division.

A wave of phenomenal organisations and exceptional athletes has swept the country bringing pure unadulterated organised violence to many local organisations where these exciting athletes sharpen their tools and gain vast experience to progress out their future aspirations in the cage.

I have selected a group of amateur female athletes that I believe, further on down their careers, will be a part of the future of the fight game.

Below are 10 female MMA combatants, who in recent years have proven they can be just as ruthless and entertaining as their male counterparts:

Sinéadh Ní Nualláin, representing SBG Ireland, Holding an amateur record of 0-3-0. Do not let the record fool you, Sinéadh has taken on some of the hardest tasks in her bid for greatness throughout her Mixed Martial Arts journey. Trained under the expert supervision of John Kavanagh and Dave Roache. I can pretty much guarantee that one day in the not so distant future, she will be centre stage on one of the biggest stages the UK and beyond has to offer.

Amy Derwanz, representing AVT Leeds, holds an amateur record of 2-3-0. Amy has made quite the name for herself since taking her first step on her MMA Journey back in 2019. A Caged Steel veteran has tantalised the fans of Doncaster with a prolific display of technicality and perseverance to succeed. Back in August 2021, she competed for her 1st amateur title at Caged Steel 26.

Megan Johnson, representing The UNIT MMA, holds an amateur record of 2-2-0. Megan has showcased her array of talents across 3 of the biggest stages of the UK MMA scene at Caged Steel, Almighty Fighting Championship and BMF MMA. Known for her submissive Dominance in the lion’s den, be on the lookout for her next outing to the cage. You will not regret your decision.

Charlie Burke, representing Trojan Free Fighters, holds an amateur record of 1-5-0. Charlie exploded on the amateur scene back in 2018 for Preston based organisation UKFC, training under the expert hand of Paul Sutherland. Charlie is set to make history in the UK’s first Women’s Submission Only Jiu-Jitsu Invitational on August 20th in Southampton for Enyo. To be hand locked for such a historic event shows great promise for future announcements further down the line.

Kate Bacik, representing New Wave Academy, holds an amateur record of 1-0-0. Fewer bouts than the rest but when taking a deeper look into her astronomical background, she has been tipped to be the future of women’s professional MMA. Her outstanding Mixed Martial Arts background has landed an inclusion in a place many big names of combat sports have taken the walk before. On Fightstar Championship upcoming card in London on July 15th.

Charlotte Cooper, representing ASW Manchester, Holding an amateur record of 5-20. When observing the many great women of the UK MMA scene, Charlotte will forever be on the list of experienced athletes the UK has ever had the pleasure of witnessing. Holder of 3 championship titles with Caged Steel, UFL and Golden Ticket Fight Promotions, Charlotte is never one to back down from a challenge and is a pioneer for female UK combatants. Her record speaks for itself, no doubt an ingredient to the professional circuit that would add fireworks for any worldwide organisation.

Summer Onley, representing Gracie Barra Derby. A holder of an undefeated record of 4-0-0. An undefeated fighter is truly something to be in awe of and will have matchmakers on high alert when budding future fight cards. If you haven’t had the chance of witnessing summer in action, check out her most recent bout with Charlotte Cooper at Battle Arena Wolverhampton. Some say that Bellator could be one of many roads available to her if she decides to turn pro.

Lisa Zimmo, representing Great Britain Top Team. Holding an amateur record of 2-1-0. When looking at a fighter, one’s eyes turn to who is behind them, moulding them into a representation of themselves. You’ll not find a finer tutor than British legend and UFC veteran Brad Pickett. Zimmo’s dominant nature has seen her take centre stage on one of the biggest stages for amateurs at CWSE. Currently on a 2 fight win streak, the Sky seems to be the limit for the GBTT phenomenon.

With this sort of talent burning with desire and preparing for their future professional journeys, I can safely say that the future of women’s UK MMA scene is in strong capable hands.

And further on down the line these gifted young prodigies will be moulding the future Contenders and pathing the way to secure their legacy’s as some of the finest athletes the UK has ever seen.

This article is brought to you by Aaron East from MMAUK News, who are doing an exceptional job shedding the light on the talent in the U.K.

Credit to Brett King for the photography.