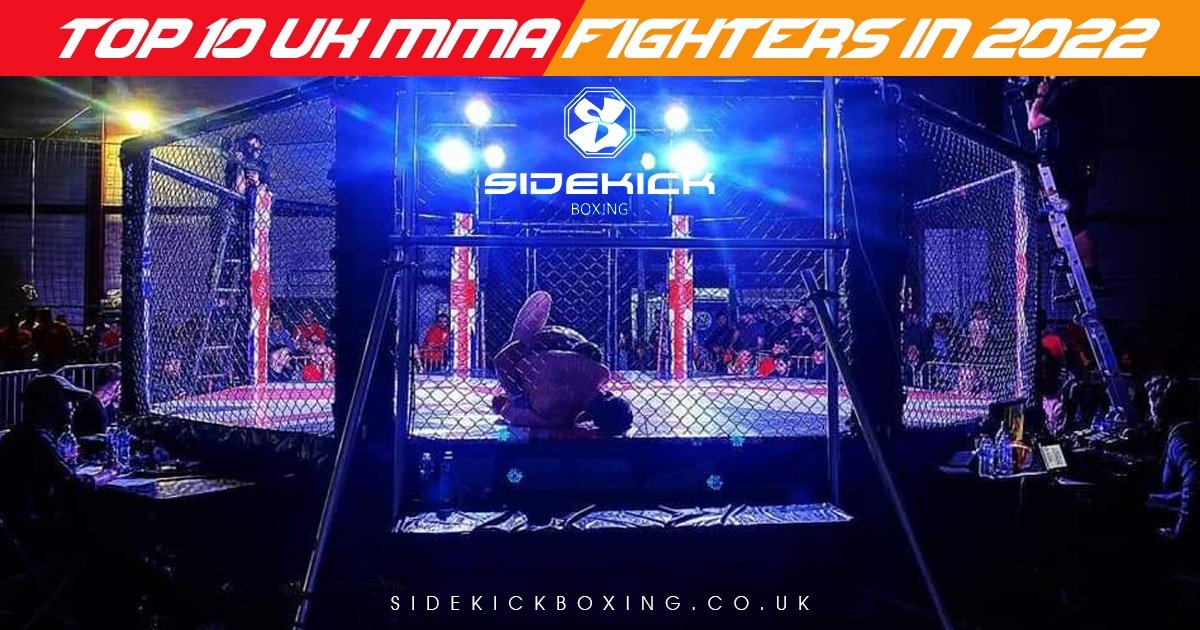 MMA is considered one of the toughest sports in the world and sometimes the fighters don’t get the recognition they deserve. Even as amateurs, they have to dedicate their lives to training religiously with a strict diet and travel the nation to try and cut it on the nation’s biggest stages.

It is an extremely tough, yet outstanding achievement for any fighter to cement themselves as an established MMA fighter.

Also, as MMA is not as mainstream as we would like, it is important for the fighters to get acknowledged for all the outstanding work they put in on a daily basis chasing their dreams.

So we have worked with Aaron East from MMAUK to put a list of the top MMA fighters who we feel have earned their place on this year’s top 10 MMA fighters in 2022. This is to help shed some more light on the phenomenal work that these gifted amateurs are doing.

Here is our list of top MMA fighters in no particular order:

Representing Toukon Academy Norwich and Union Thai, holding an amateur record of 1-1-0. The heart of the warrior burns deep with Tayler, a kickboxer by trait, he has entered his MMA Journey with Norwich based organisation Contenders Ltd.

He was due to take part at Road to Contenders 5 back in June. But unfortunately had to withdraw from his inclusion. This has not fazed the younger prospect, as he has already signed up for Contenders 33 in September. Make sure to keep an eye out for Tayler in the coming years.

Representing Manchester Top Team, holding an amateur record of 2-1-0. Only 3 bouts into the amateur scene, Dan has made his intentions known that he looks to prove himself against the very best the UK has to offer. 3 bouts so far across 3 separate organisations being Full Contact Contender, BFC and Preston based organisation UKFC.

Under the guiding hand of head coach Carl Prince, Dan has successfully secured 2 victory’s out of a possible 3. Manchester Top Team has always been a place of pure unbridled talent that seems into many well-known MMA platforms across the globe and in my opinion, you shall be seeing Dan at this level in the not-so-distant future.

Representing Reps MMA, Holding an amateur record of 3-1-0. At only 18 years of age, Salah has already gained veteran status with Preston based organisation UKFC. He has also shown his determination to develop his Mixed martial arts knowledge by competing in a sub only grappling bout at Evolution of Combat 10 back in the tail end of 2021.

The young prospect has already reached heights of many amateur’s years above him. With this amount of dedication, there is no doubt in my mind we are looking at a future title Contender.

Representing GBTT, holding an amateur record of 4-0-0. Mixed martial artists have always been ones never to back down from a challenge, to take every opportunity they can to succeed in their respective goals. Connor is a prime example of this.

Starting out on his journey only 7 months ago, Connor has racked up an unblemished record thus far. His last 3 victories have been in the last 3 months. And is set to take centre stage once again on July 15th at Fightstar Championship 22.

Representing ACE MMA, holding an amateur record of 10-4-0. ACE MMA has proven time and time again why they are one of the breeding grounds of champions.

Aaron has championship gold and has been a part of main event proceedings for almost two years. Keep tabs on Aaron while witnessing the best the UK MMA scene has to offer.

Representing Hamma North Wales, holding an amateur record of 4-4-0. Ayoub is well known for not taking an easy fight. Trained under UK phenomenon Azi Thomas, he has the makings of an all-round MMA warrior. Batting it out across 6 UK organisations, he is destined for greatness and amateur gold in the not-so-distant future.

Representing Hit Squad Hull, holding an amateur record of 9-0-0. There is yet to be a competitor that has been able to match the sheer determination of the Hit Squad Hull prodigy.

Ranked 2nd in the United Kingdom & Ireland lightweight division, George is well on his way to becoming a household name. I’m sure it won’t be long before we witness his unique style and cage superiority smash through to the professional circuit.

Representing GBTT, holding an amateur record of 6-2-0. Trained under UFC legend Brad Pickett, Vadimas burst on to the amateur scene back in 2019. Since then, Vadimas has captured Flyweight gold for 2 different organisations, Olympus Fight Series and Cage Warriors South East.

Vadimas is due to take centre stage for yet another explosive title opportunity at Fightstar Championship 21. Keep an eye out, in my opinion, the Sky’s the limit for this explosive Featherweight.

Representing ACE MMA. Starting out back in 2018, Shahadot has made his intentions known that he looks to prove himself against the very best the UK has to offer.

Fighting across 5 organisations, and becoming champion of the Flyweight division at Almighty Fighting Championship and UKFC. If you haven’t heard of this phenomenal warrior, go check him out, he really is a high-level competitor.

Representing Combat Performance Blackburn/Reps MMA holding an amateur record of 6-3-0. Cornerman, elite fighter, trainer and one of the most phenomenal athletes the UK has had the opportunity to witness.

Zach has shown that he has all the traits to become one of the greatest warriors ever to represent the UK. Dedication is key to success, zach is one of the UKFC’s veterans and has been a part of the Preston based organisation since being established.

PFL, Cage Warriors, Bellator, even the UFC, there is no amount in my mind that one day we shall see him on one of these epic platforms.

With all the hundreds, if not thousands of phenomenal MMA fighters across the country, it was very difficult to shortlist to just 10 great fighters.

However, this is our personal list of warriors we had the pleasure of witnessing over the years.

With that being said, this list we can pretty much guarantee will be part of some of the greatest wars/organisations the world has to offer.

To read about the women’s divison check out our article ‘Top 10 female MMA fighters in the UK’ here.