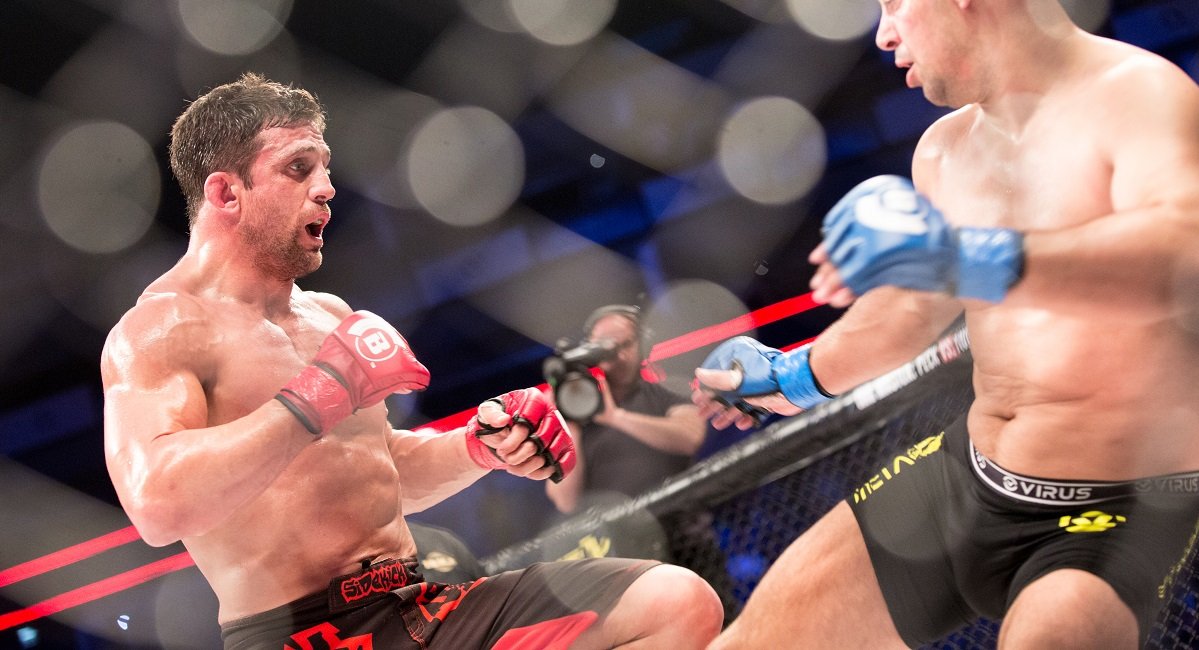 What is Bellator MMA?

Whenever the UFC is mentioned, it immediately gets MMA to spring to mind, as it is known for being the biggest combat sports promotion in the world. Almost everyone recognises it; even non-combat sports fans are familiar with the UFC.

But, what are the other leading MMA promotions?

Other global MMA players may not be as big, but some are just as good as a fight promotion with exciting fights. An MMA promotion considered the next best thing to the UFC is Bellator MMA.

So, what is Bellator MMA?

Bellator is a leading global MMA promotion based in the USA. It features many of the best athletes and hosts events worldwide, and currently has held 280 events. It was founded in 2008 by businessman Bjorn Rebney with their first event being in Florida in 2009.

In 2011, Bellator sold most of its shares to the media and television company Vicrom, and Bjorn Rebney remained the company’s president until he was later replaced by Strike Force promoter and martial artist Scott Coker in 2014. Scott Coker also launched the sister brand ‘Bellator Kickboxing’, which had 12 events, with its last one in 2019.

‘BELLATOR is a leading global MMA promotion featuring many of the best athletes in the world. Under the direction of veteran fight promoter Scott Coker, BELLATOR events take place in major cities around the world and can be seen on television in over 160 countries to an available audience of over one billion people. In the United States, BELLATOR events can be seen on SHOWTIME, while in The U.K., fans can watch on BBC iPlayer. BELLATOR MMA also has a dedicated channel on Pluto TV, which launched in 2020.

‘Bellator MMA is a Mixed Martial Arts Promotion that recognizes and values the importance of the independent regulation of our sport. Bellator events are sanctioned and supervised by either the State or Tribal Athletic Commission, or a national federation approved and appointed by the government in the jurisdiction where the event is being held.  The presiding commission assigns and supervises the referees and judges that officiate each bout. This occurs entirely independent of Bellator.

Bellator bouts are contested using the Association of Combative Sports Commissions Unified Rules of MMA or a similar version of these rules as determined by the presiding commission.

Who is Scott Coker?

Scott Coker is a South Korean-born American martial artist born on 3 October 1962. Before becoming president for Bellator MMA, Coker founded and was the CEO of his MMA promotion, Strike force. Strike Force was sold to the UFC in 2011, when they closed the promotion, yet still transferred the fighters to the UFC roster.

Coker is also an actor and has starred in movies like Dragon Fight (1989). Bellator may be the second biggest promotion globally, yet they still have some of the best fighters featuring on their show, including Michael Venom Page (MVP) and Paul Daley.

The fighters are professional mixed martial artists and are signed by Bellator to only fight on their promotion to establish themselves in the Bellator rankings and aim to become a champion in their division. The bouts are fought in a traditional MMA cage, with non-title fights being fought over 3×5 minute rounds and championship bouts being 5×5 minute rounds.

However, the Bellator president Scott Coker has recently announced that non-title fights will also be 5×5 minute rounds next year. Coker decided after the gripping fight between Michael Page vs Douglas Lima 2 being a non-championship main event.

However, it could have benefited from an extra two rounds in their 3 round contest. MVP vs Daley Bellator 216 This was an anticipated grudge match that many fight fans were looking forward to seeing for a long time. With both British fighters excelling in the sport and their ongoing trash-talking, many debated who would win in their showdown.

MVP has the Superslick movement, whereas Daley is the hard-hitting fighter. The fight was on 16 February 2019.

Watch the highlight of their fight below:

We have sponsored celebrity MMA fighter Alex Reid since his comeback fight on BAMMA in 2012. When Alex was set to fight on Bellator 168, it was an opportunity he couldn’t miss out on. We provided Alex with MMA equipment to aid his training leading up to the fight, like the Ultimate series of MMA gloves and MMA shin guards.

As it was a Bellator event, Alex could only wear out the Sidekick brand of MMA shorts. It wasn’t Alex Reid’s best MMA performance that people remember when he fought Tom Watson.

Is the UFC better than Bellator?

It is not necessary that the fighters or even the fights themselves are better, but the UFC was formed much before Bellator back in 1993, so they are more established in the market.

As for the fact that the UFC has more money, it naturally attracts the more prominent names to fight for that organisation, and it becomes the pinnacle of the sport, like the Premier League for football. How to watch Bellator in the UK As Bellator is an American promotion, it is shown on various channels in different countries.

To watch Bellator in the UK, you can catch the action on BBC Iplayer.

If you are a casual or die-hard MMA fan, it is worth tuning in to Bellator as they have some edge of seat thrilling fights. To learn more about MMA, read our article ‘What is MMA?’ here.