Home>Kickboxing and MMA news and equipment>Eddie Hall: Strongman to Boxer 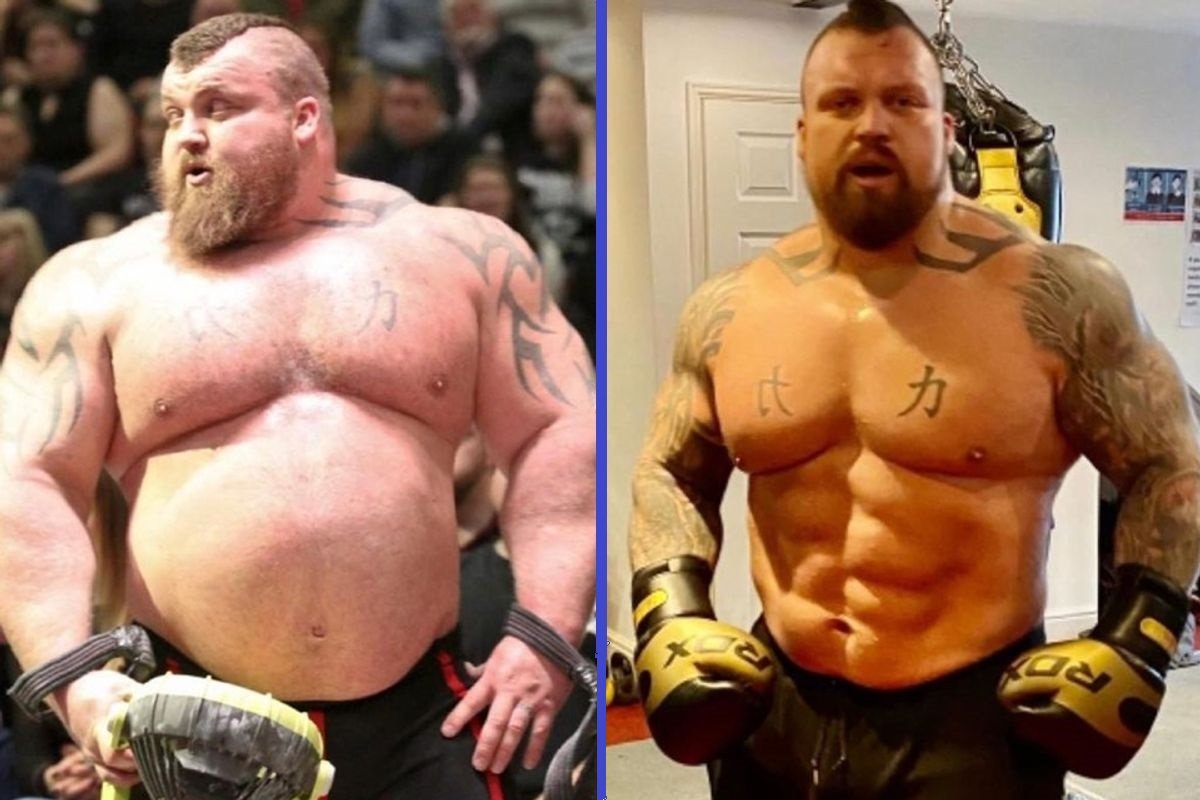 When someone is big and robust, many instantly believe they would be naturally good at boxing. Unfortunately, it’s not quite as simple as that. Just because someone is big doesn’t necessarily mean they can go through a decent punch, let alone take one.

This is what Strongman Eddie Hall has recently just found out when he fought Hafthor Bjornsson (Thor) in the world’s ever heaviest boxing match. This boxing fight between these two mammoths of men got massive hype that many were tuning in to watch it over the UFC.

Let’s face it, a fight that headlines ‘the world’s heaviest boxing match ever’ will get you intrigued. With both men standing over 6 feet tall and weighing a staggering 30 stone in their strongman days, you would expect someone to get punched out of the ring.

So, did the Eddie Hall vs Thor boxing fight live up to the hype?

In a nutshell, No. It was dreadful.

Yet, it did provide some entertainment for the fans.

We don’t like to be negative, especially as these two guys have dedicated endless hours of training to boxing, and they gave it a good go. It simply lacked finesse.

In their sport of strongman contests, they were at the top of their game and were champions for a reason. But, boxing and weight lifting are entirely different sports, and Eddie can do a 500kg deadlift that won’t benefit you in boxing.

Who is Eddie Hall?

At just 29, Eddie announced his retirement from strongman after his last competition in 2017. He said his health was becoming a concern and wanted to focus on his future. It is by far the healthiest sport as Strongmen put a lot of strain on their bodies by lifting an obscene amount of weight, taking anabolic steroids and eating a very high calorie diet to build their muscle mass.

However, Eddie mentioned that he had a genetic analysis that showed he had a condition known as myostatin-related muscle hypertrophy, which contributes to significant muscle mass.

‘As a showman, I love meeting people, love entertaining and love being in the spotlight. But I also love slipping back into normality and spending time with my beautiful family. People now talk of me as an inspiration, and I hope my story will help others see what can be achieved through hard dedication and work. In the meantime, I’ll keep working, lifting anf keep being honest about what makes me tick as both a stringman and a a human.’

Other name: The Beast

Why did Eddie Hall want a Boxing Match with Thor?

It all started with the World’s Strongest Man in 2017 when Eddie Hall became the champion, beating his Icelandic rival, Hafthor Bjornsson.

Hafthor accused Eddie, and British referee Colin Bryce, of cheating during the ‘Viking Press’, a competition of who can make the most presses in one minute.

Hafthor was far from happy on the podium and claimed he had been ‘robbed’ as he believed the referee wrongly failed his final rep. This handed Hall victory by just one point.

Thor did it at his home gym in Iceland, and Eddie argued the record’s legitimacy, as Bjornsson did not break it during a competition. Even on fight week, the pair tried their best to get under one another’s skin saying comments about the other mum.

There was quite the build up before the fight with Talk Sport suggesting that:

They continued to exchange x-rated insults as they tried to get at each other, while Hall appeared to spit at Thor, which provoked a reaction.

Thor later posted an update on what happened during the incident, claiming both spat at each other.’

The bout was scheduled for six rounds. Eddie Hall had minimal boxing skills and poor technique as far as footwork and a guard was concerned.

However, he did have a menacing over-hand right. Hall looked very nervous, leaning him to the side too much. Punches were a bit erratic. Thor seemed to display more of the skillful boxing and better control, maybe because this was his fourth boxing fight.

He had a better, tighter guard and used the jab more effectively. He looked the one more relaxed, not solely relying on one big knockout punch. Overall the fight looked very novice. It wouldn’t have been criticised if it had been an untelevised amateur bout.

Eddie did manage to land a big right in the 2nd round, which sent Thor to the canvas, but the fight was generally one-sided.

However, Thor knocked Eddie down twice before winning on points by unanimous decision.

Talking about the fight with TalkSport, Thor said:

‘“I’d like to thank Eddie Hall and his team for putting up a hell of a show, he gave me a hell of a battle.

“I’ve never been dropped in training, so hats off to him. He really can punch. He wasn’t lying! But today, I feel technique won.”

Thor added there could now be a rematch with Hall upset at losing the grudge fight.

He said “Understandably he seemed a bit angry still. He lost the fight so it’s understandable as well.

“But I’m happy, if he wants the rematch I’ll take a rematch no problem. Would you guys like to see a rematch?”

Check out the highlights reel below:

Can Strongmen do Combat Sports?

Yes, absolutely. However, they are worlds apart. Strongman is about sheer strength, whereas combat sports require technique, speed and fitness. A great example of someone who transitioned is Oli Thompson.

Oli came first in Britain’s strongest man back in 2006. He transitioned to MMA with his first bout in 2009. Oli had a very successful career, fighting on top promotions like Bellator and BAMMA with 21 wins in 35 fights under his belt.

Eddie Hall has been an incredible athlete, especially for Strongman competitions. The dedication and the lifestyle commitment is unreal to achieve his level. However, It is pretty unlikely to see Eddie Hall in a boxing ring again, but at least he gave it go.

The fact he dropped vast amounts of weight for the fight. Now he is retired, he can enjoy a healthier lifestyle. The question is: Will Eddie fight again?